Rust asynchronous code from the perspective of generator

This article has 6992 words and 18 minutes of reading

As an important feature of 2018 edition, Rust's asynchronous programming has now been widely used. When you use it, you will inevitably wonder how it works. This article attempts to explore the generator and variable capture, and then introduces a scene encountered in the development of the embedded sequential storage engine ceresdb helix.

Due to the author's level, there are inevitably some mistakes and omissions in the content. Please leave a message.

async/. What await does is actually transform the code into the form of generator/coroutine[3]. A coroutine process can be suspended to do something else and then resume execution. It is currently used What await looks like. Take the above code as an example, another asynchronous procedure asynchronous() is called in the asynchronous procedure foo(), which is in the seventh row. During await, the execution of the current process is suspended and resumed when it can continue.

The recovery execution may need some previous information. For example, in foo(), we used the previous information x in the eighth line. That is to say, async process should have the ability to save some internal local states so that they can await will continue to be used after. In other words, local variables that may be used after yield should be saved in generator state. Here, we need to introduce the pin[4] mechanism to solve the possible self reference problem, which will not be repeated in this part.

We can see what the generator mentioned above looks like through MIR[5]. MIR is an intermediate representation of Rust, based on the control flow graph CFG[6]. CFG can intuitively show what the program looks like when it is executed. MIR can help when you sometimes don't know what your Rust code looks like.

There are several ways to get the MIR representation of the code. If you have an available Rust toolchain, you can pass an environment variable to rustc like this, and then build it with cargo to generate the MIR:

If the build is successful, a will be generated in the target/debug/deps / directory mir file. Or you can pass https://play.rust-lang.org/ To get the MIR, select MIR on the overflow menu next to Run.

The MIR generated by nightly toolchain in 2021-08 is probably like this. There are many things you don't know that you don't need to worry about. Let's know about it.

There are other codes in this demo crite, but the source code corresponding to the above MIR is relatively simple:

It's just a simple empty asynchronous function. You can see that the generated MIR will expand a lot. If the content is a little more, it doesn't look good in the form of text. We can specify the format of the generated MIR and visualize it.

The steps are as follows:

Mir can be found in the current directory SVG, after opening, you can see something like a flowchart (another similar diagram is omitted, and those interested can try to generate one by themselves through the above method).

Here, the MIR is organized according to the basic unit basic block (bb), the original information is in, and the jump relationship between each basic block is drawn. From the above figure, we can see four basic blocks, one of which is the starting point and the other three are the ending point. First, the bb0 switch (match in trust) of the starting point has a variable_ 5. Branch to different blocks according to different values. Imagine a code like this:

If it is async fn foo() in § 1, there may be another enumeration value to represent the yield. At this point, if you think about the previous problems, you can naturally think of how to save variables that span different stages of the generator.

Let's save in generator state, which can span The variables used by await/yield in subsequent stages are called captured variables. So can you know which variables are actually captured? Let's try it. First, write a slightly more complex asynchronous function:

The generated MIR and svg are complex. A paragraph is intercepted and placed in the appendix. You can try to generate a complete content yourself.

After browsing the generated content, we can see that a long type always appears, such as:

Through further exploration, we can probably guess that the first line in the above code fragment is an anonymous type (struct) that implements Generator trait[7], and "as variant#3" is an operation in MIR. The Projection::Downcast of projection is probably generated here [8]. The type of projection made after this downcast is i32 we know. Combining other similar fragments, we can infer that this anonymous type is similar to the generator state described above, and each variant is a different state tuple. Projecting this N tuple can get the captured local variables.

Knowing which variables will be captured can help us understand our code and make some applications based on this information.

Let's first mention a special thing in the Rust type system, auto trait[9]. The most common are send and Sync. This auto trail will be automatically implemented for all types, unless negative impl opt out is explicitly used, and negative impl will be passed, such as included! The Rc structure of send is the same! Send. Through auto trait and negative impl, we control the types of some structures and ask the compiler to check them.

Generally speaking, we will provide the internal variability of variables through asynchronous locks, such as tokio::sync::Mutex; If this variable does not pass through The await point is captured by the generator state, so the std::sync::Mutex synchronization lock or RefCell can also be used; If you want higher performance and avoid the runtime overhead of both, you can also consider unsafe cell or other unsafe means, but it is a little dangerous. Through anchored, we can control unsafe factors in this scenario and realize a safe method to provide internal variability. As long as the variable is marked through the ZST of anchored::Anchored, and then an attribute is added to the whole async fn, the compiler can help us confirm that nothing has been captured and crossed by mistake Await, and then lead to catastrophic data competition.

This will lead to compilation errors:

For common types such as Mutex, Ref and RefMut of std, clip provides two links [11], which are also realized by analyzing the type of generator. And like anchored, it has a disadvantage. In addition to explicitly using a separate block to place variables as above, false positive will occur [12]. Because local variables are recorded in other forms [13], the information is polluted.

At present, anchored lacks some ergonomic interfaces. There are also some problems when attribute macro interacts with other tools of the economic system. Interested partners are welcome to learn about it https://github.com/waynexia/a...

Reduce cost and improve efficiency! The transformation of the registration center in ant group 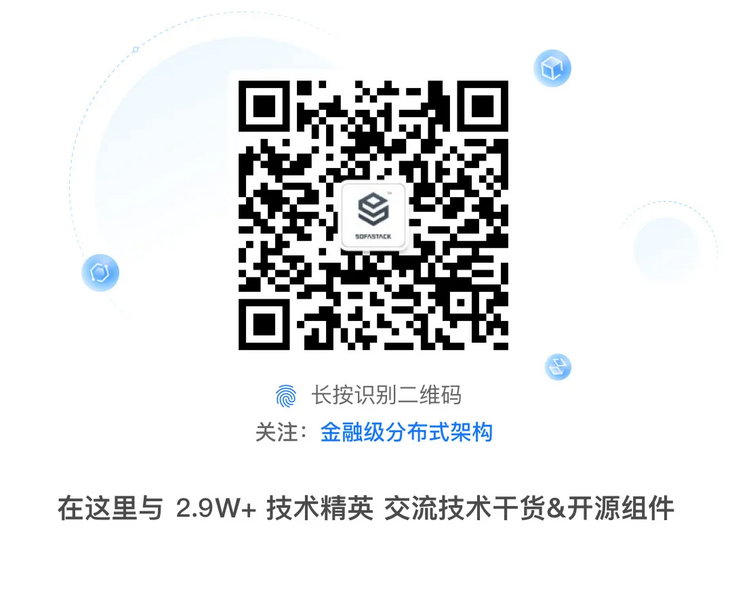