NXP officially provides AUTOSAR OS code and can be configured with EB, but the official routine can not be directly applicable to Keil. This article introduces how to compile the official AUTOSAR OS source code on Keil.

Previously, we have introduced how to compile S32 series MCAL on Keil. If you need it, you can turn to my previous articles. By default, S32 MCAL can be compiled and debugged on Keil (only the basic modules Port and Dio are required).

After installation, you can see the following folders under the installation path. There are various user manuals in doc, sample is the test routine, and ssc is the source code:

There are two EB test demo projects under the following path:

Open EB, click Import, and select one of the project folders above (I use the one below) to import the test project: 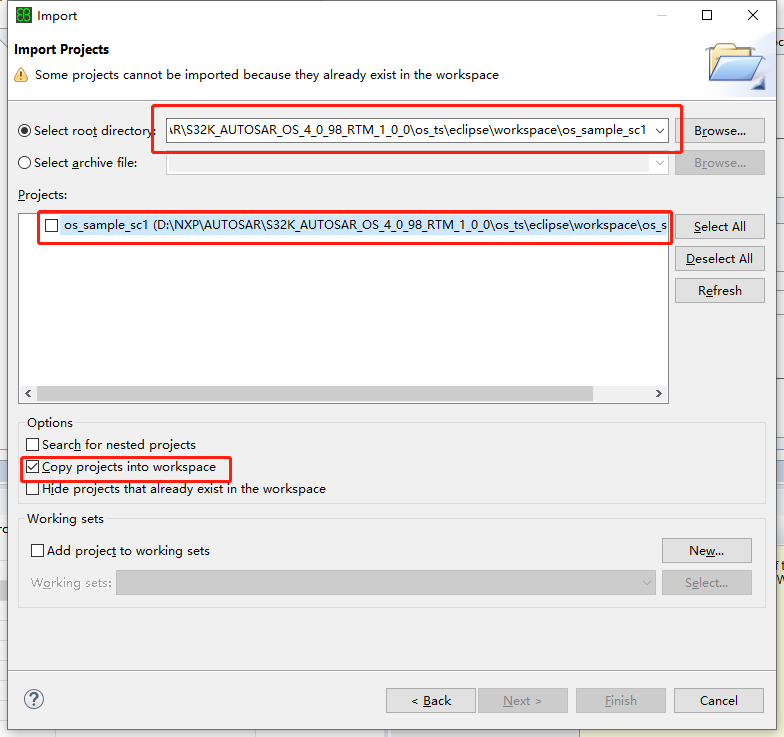 After importing the test project, as shown in the figure below, we can see that some tasks, alarms, counters, etc. have been configured in the project: 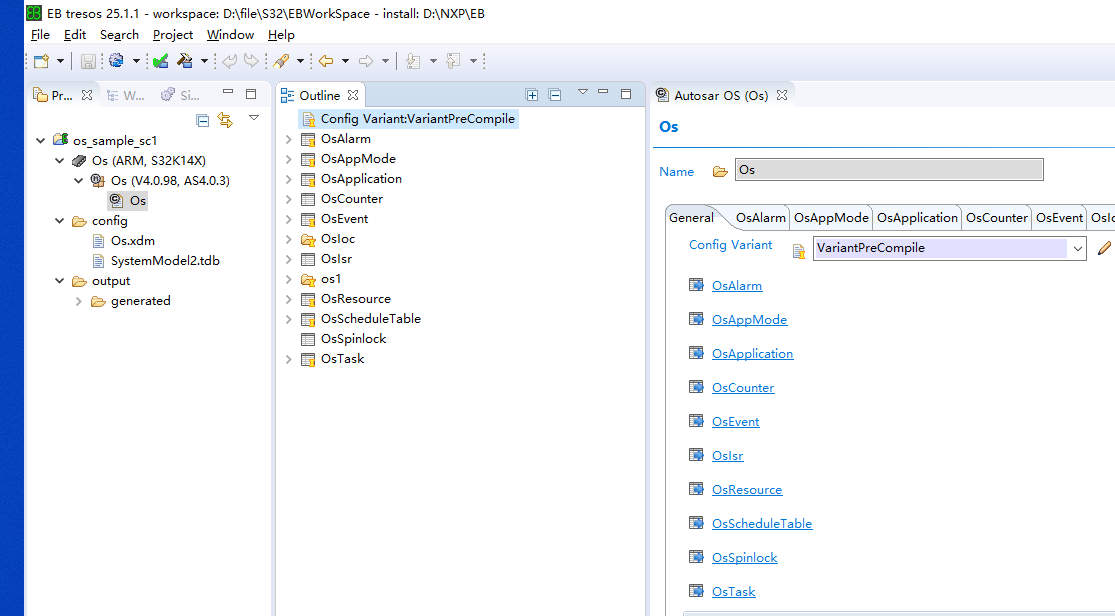 Without modifying any configuration, click generate configuration code directly to generate the code. The generated code is under EB project folder:

Copy the generated configuration code to the Keil project folder and put it anywhere. Here is my path:

Then copy the code of the test routine. Note that there is a header file in another include folder of the sample:

In Keil's project, add all header file paths in the configuration code, source code and test routine to the following locations: 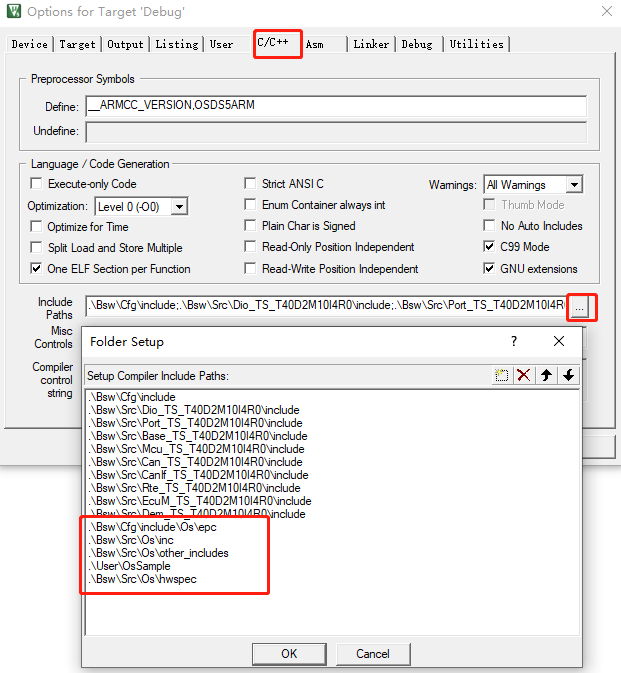 Then configure the Keil source file and put all the c files are added to the project: 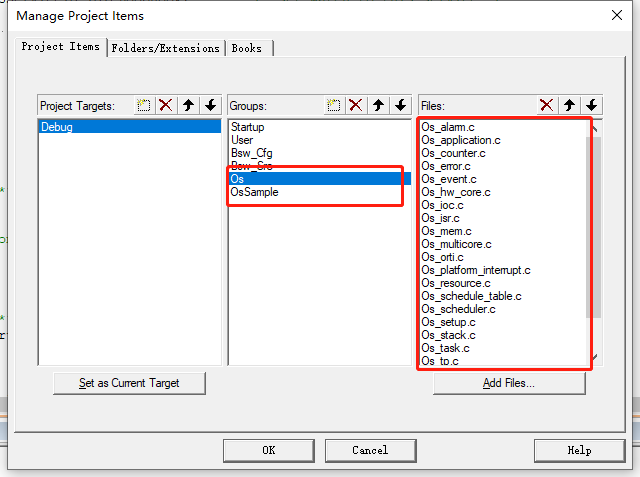 It should be noted that the main function is included in the test routine, so we need to replace the previous main C) remove documents from the project.

If it is used, we tested the Keil project of MCAL, and there is a definition in the configuration that controls the use of AUTOSAR OS, as shown in the following figure: 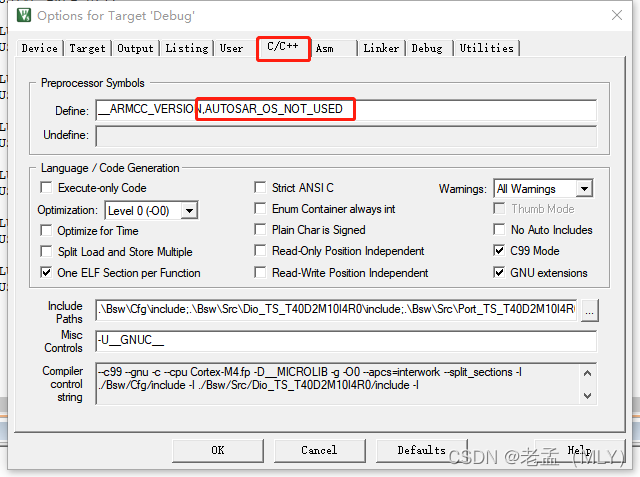 Now we will remove this and add another configuration definition: 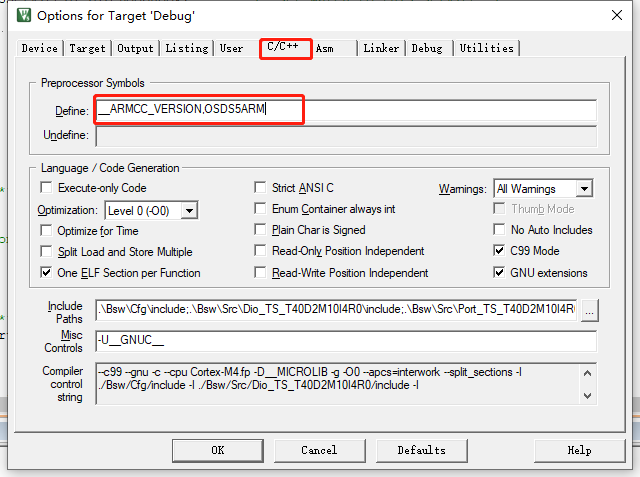 This definition is to choose which compiler to use. Because Keil's MDK compiler is not defined in the source code, let's choose this option first. There are not many places that need to be modified in the actual measurement. Only the following assembly needs to be modified:

Position in the figure below: 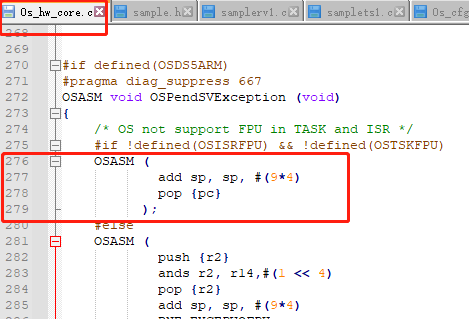 Remove OSASM and parentheses and amend to read: 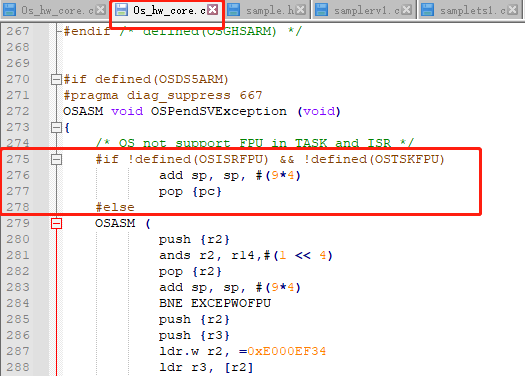 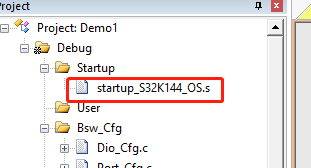 I modified the interrupt vector table of the previous startup file against this: 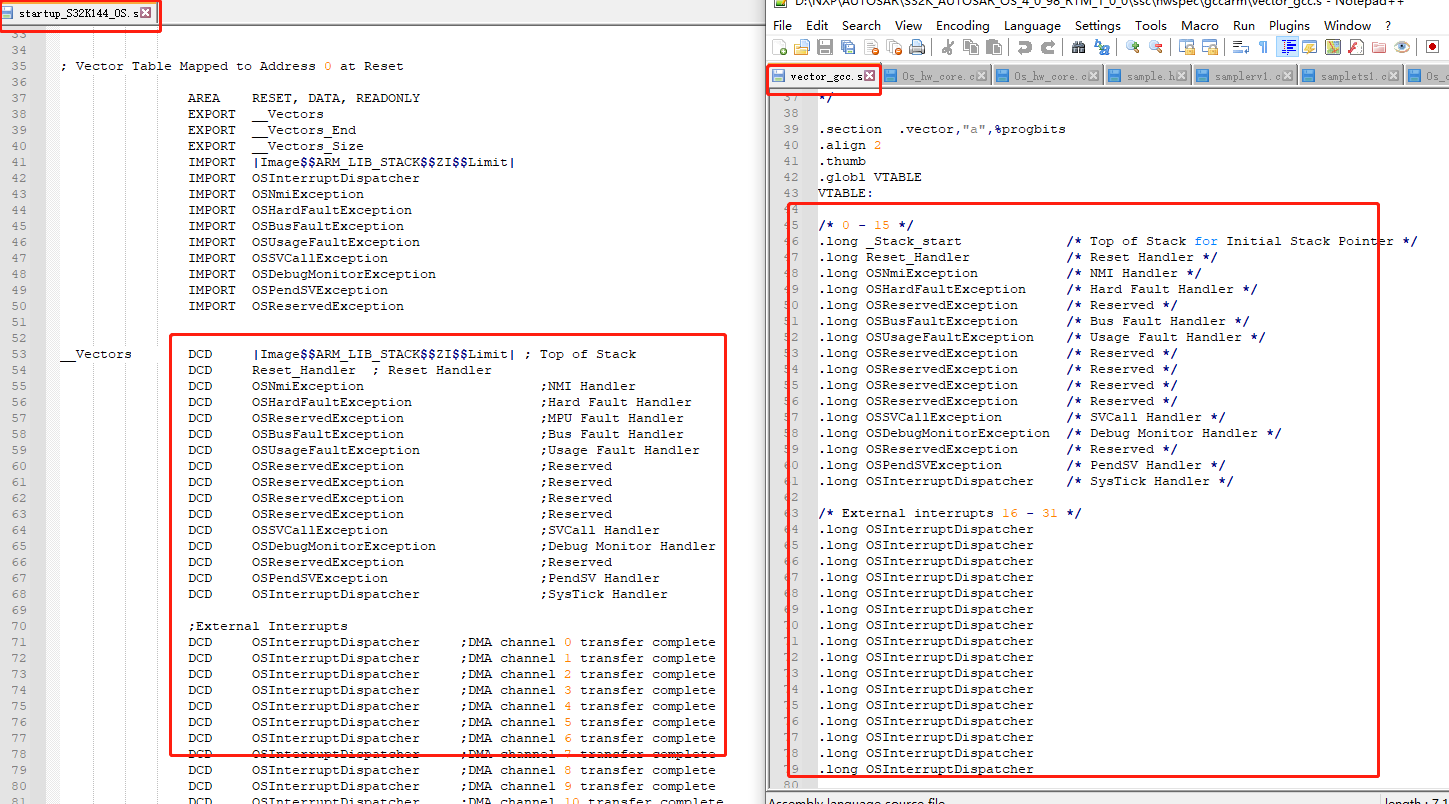 In sample_hw.h, some hardware interfaces need to be configured:

After completing the above work, you can compile the project. After the compilation is successful, burn it into the development board, and you can see that the LED light configured above flashes.