Second round of JetBrains: another three months for free family barrels

Shared yesterday How to obtain the exchange code of authentic family buckets by participating in the decryption task of JetBrains . JetBrains continued its second mission on Twitter this morning: 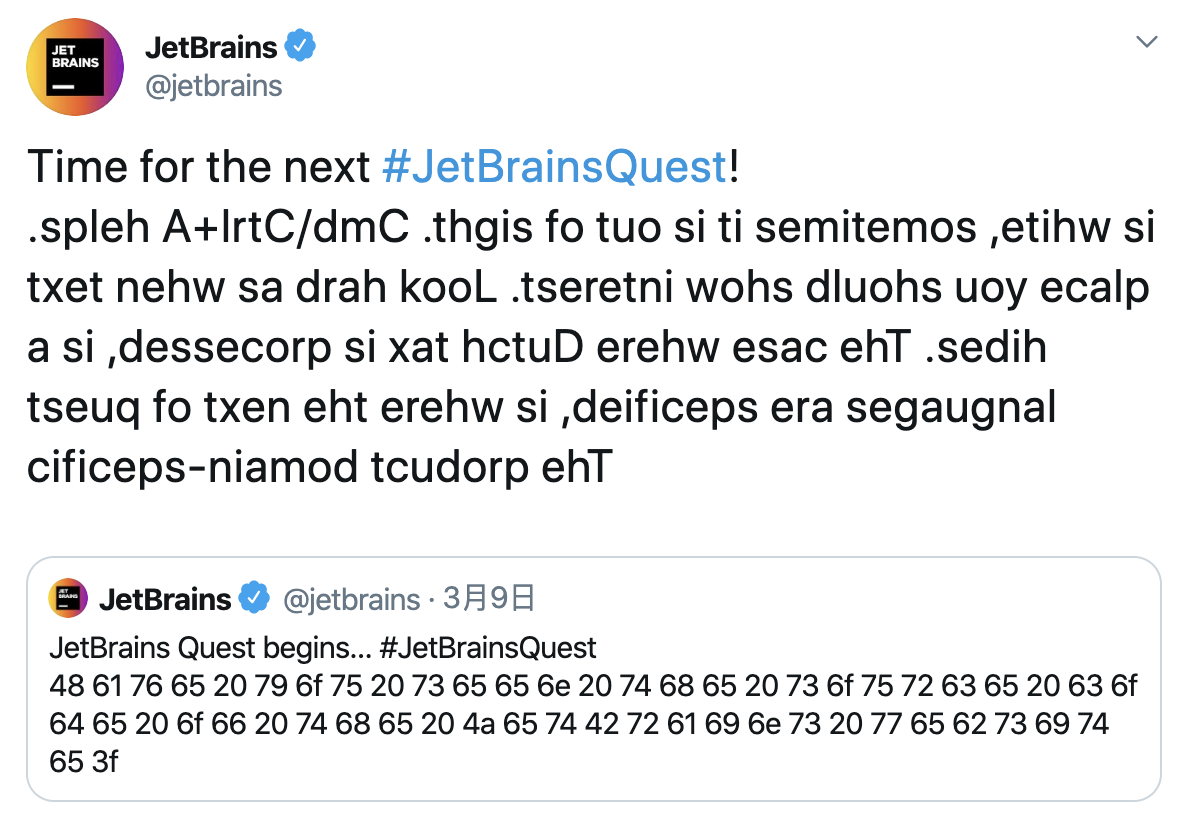 Now, let's continue to participate in this together, and live for our authentic JetBrains family!

The first clue is relatively easy. It's easy to find that the words in Twitter's launch string are inverted!

So, let's write a small program to deal with it:

It seems that it's not right. The sentence is opposite! Change the above algorithm:

Get the complete sentence as follows:

According to the tip of clue 1: Dutch tax is processed, search for it: 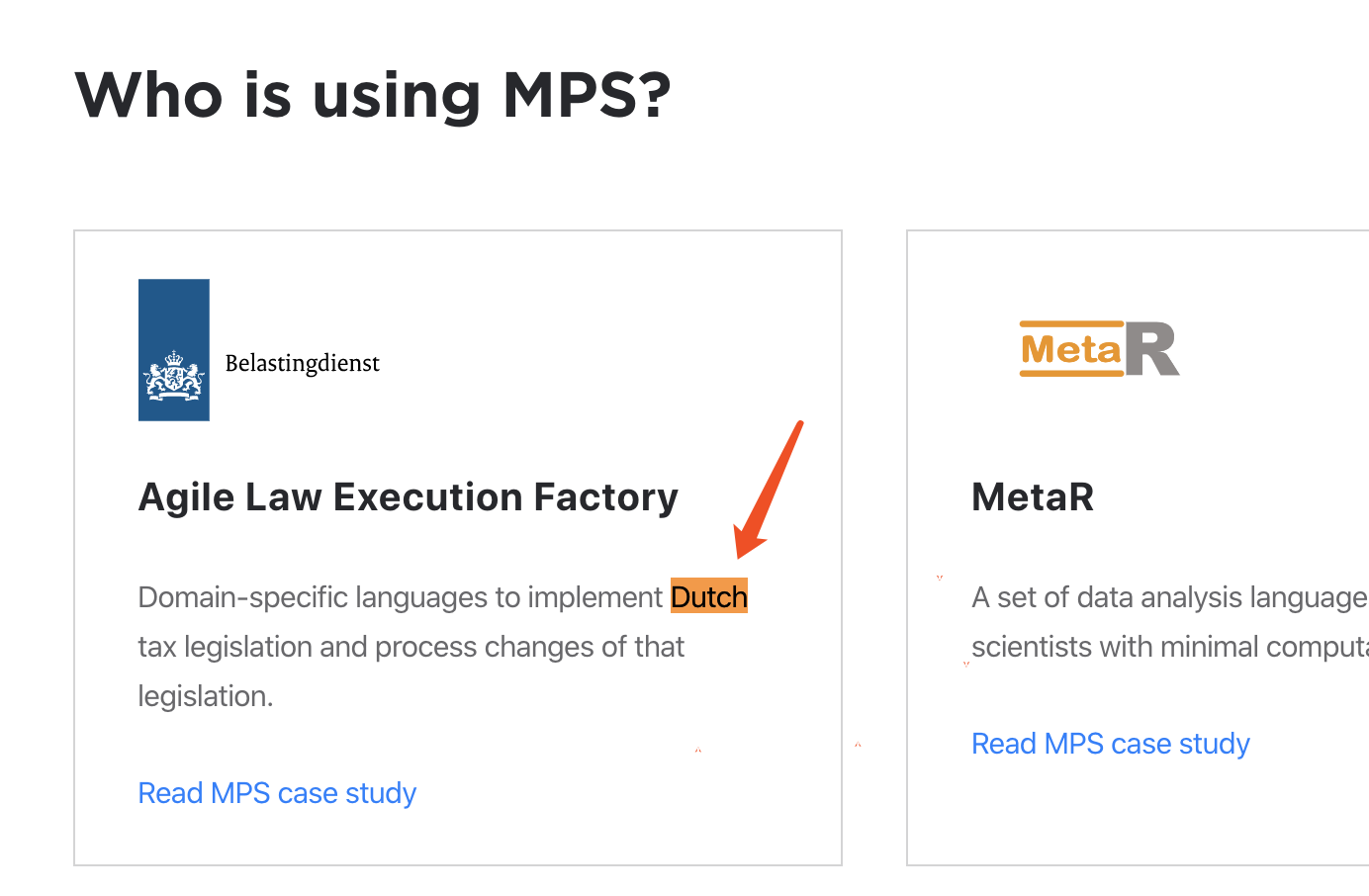 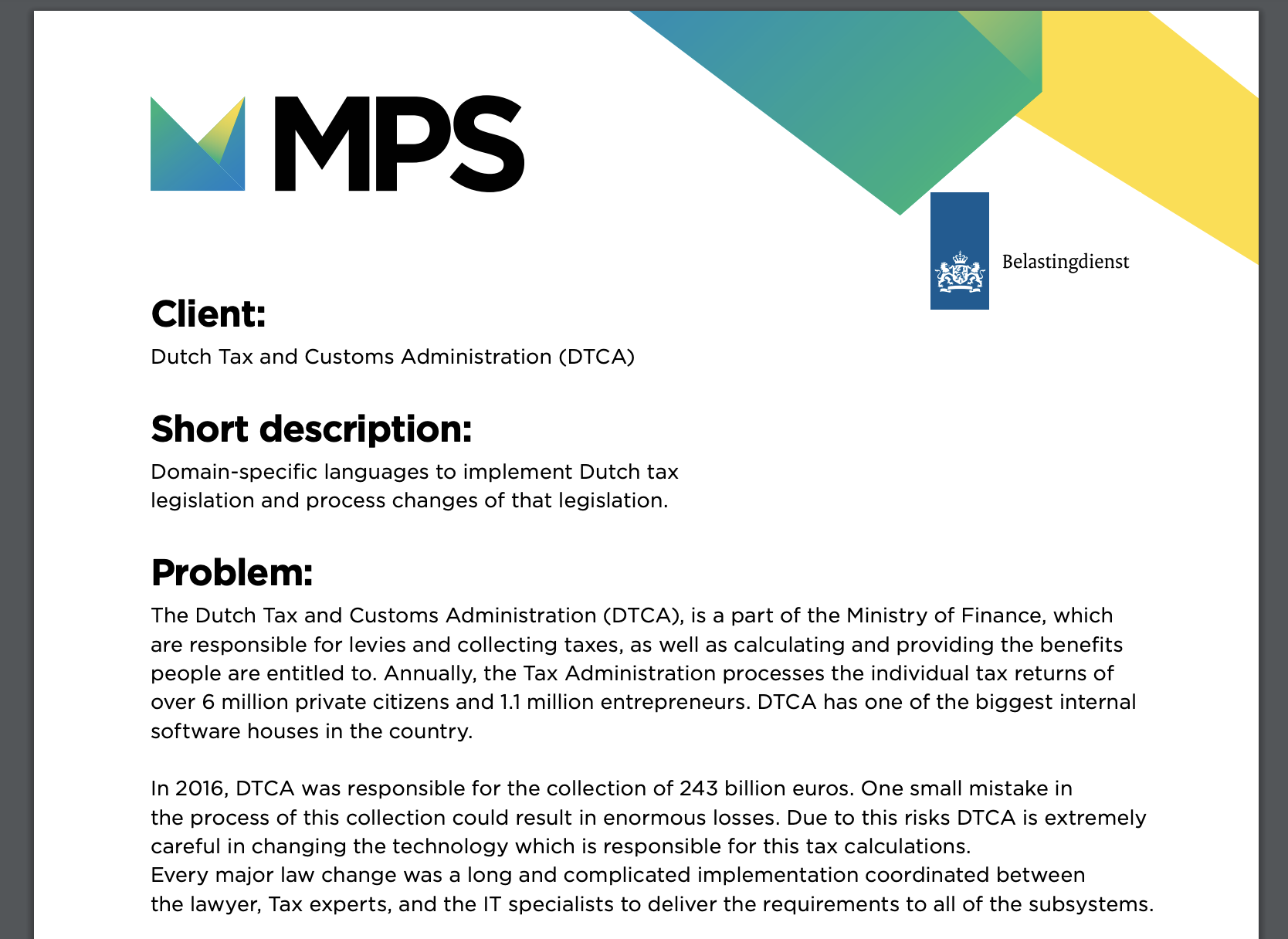 Continue to think about another tip of clue one: you can't see the white background, you need help from Cmd/Ctrl+A! 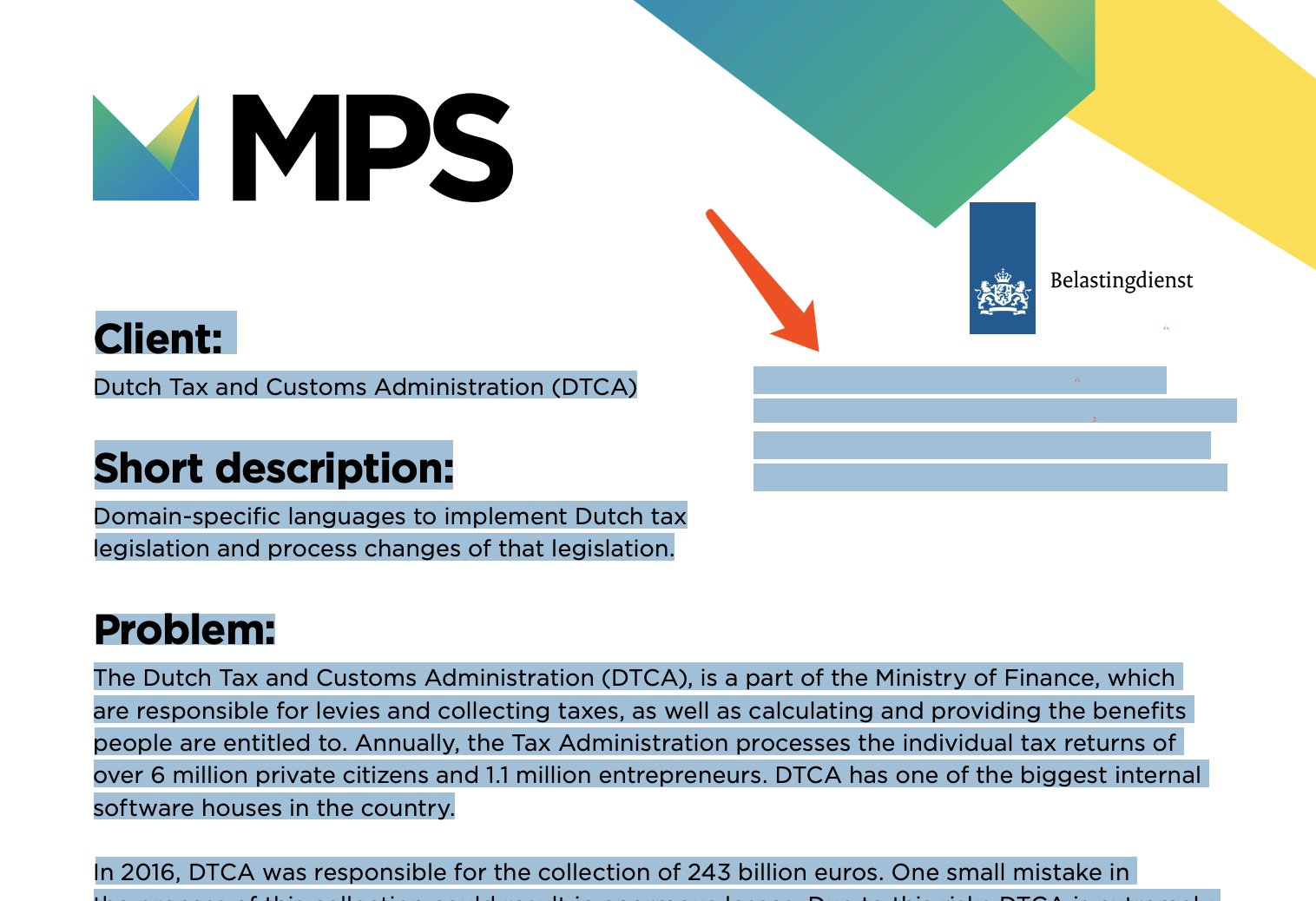 We can see that there is something in the blank space. We can select and copy it:

According to the passage from clue 2, we found the 20th anniversary page of JetBrains: https://www.jetbrains.com/company/annulreport/2019/ 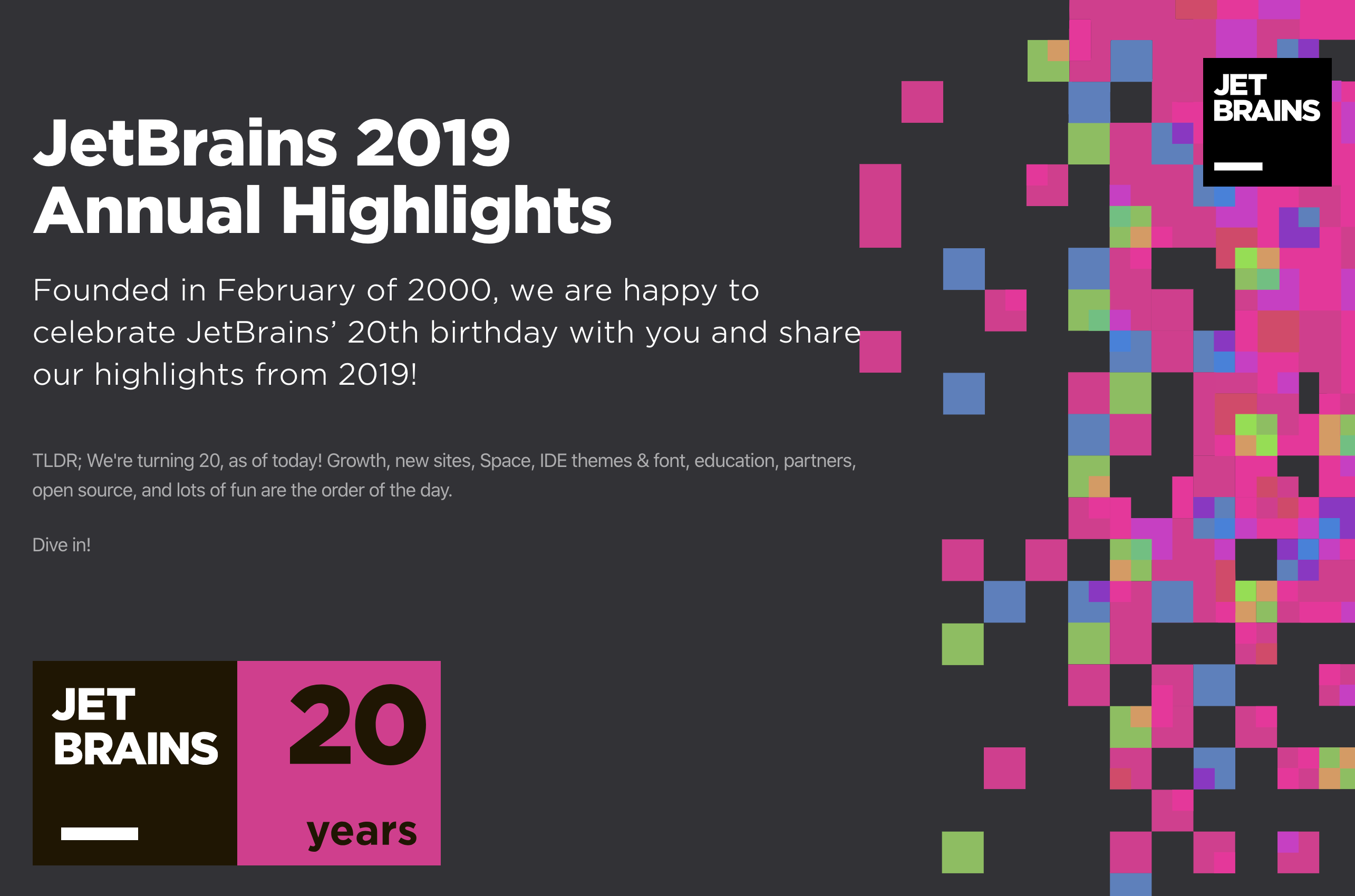 Continue to find the number according to the clue 2: 18650. Direct search is not found, it seems to be to do what transformation, look at this page carefully. 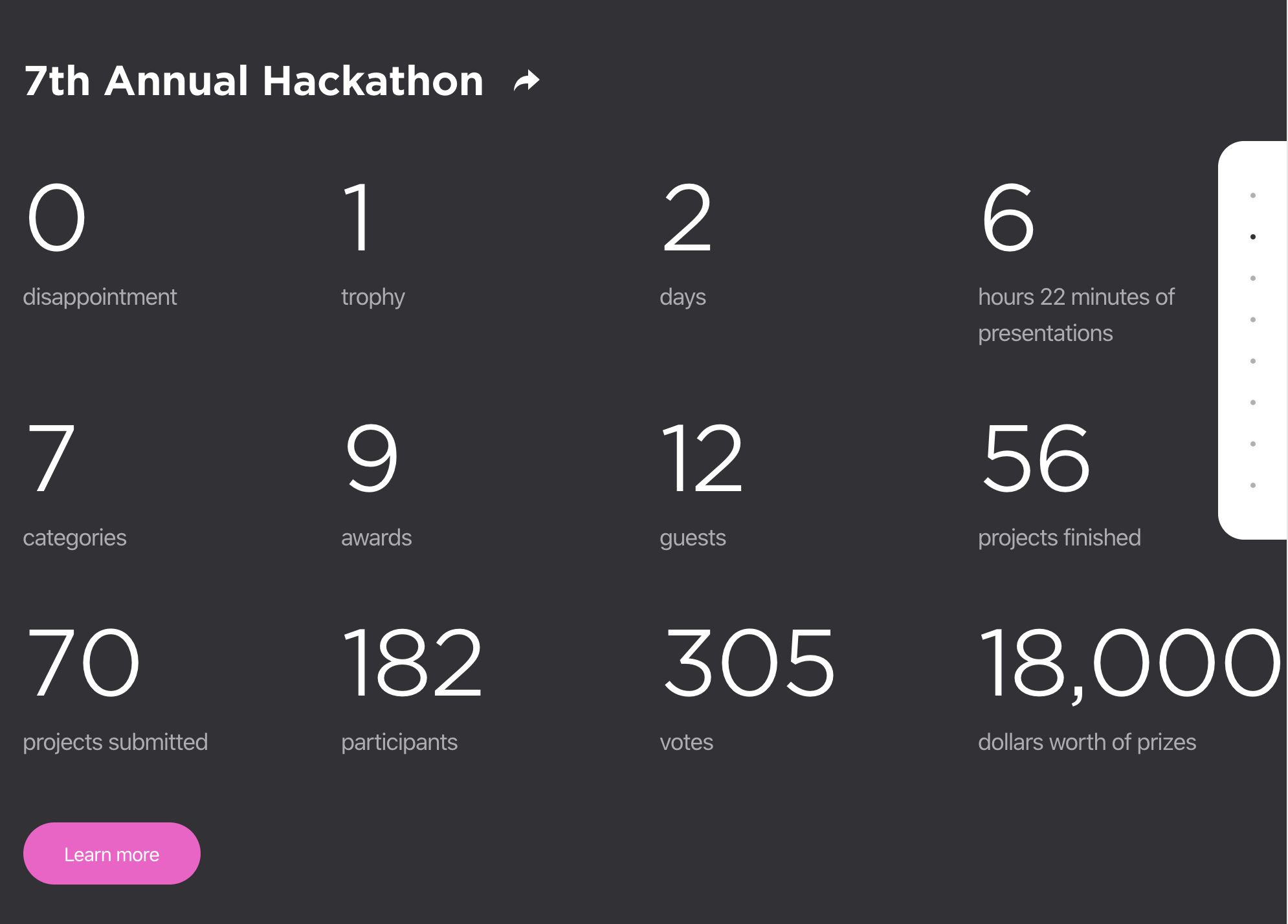 It turns out that the numbers here add up to 18650. Click share to see the task description:

The main idea is that you need to take a close look at Haskell's Hello World in the Hackathon LEGO brastorms project.

Go to https://blog.jetbrains.com/blog/2019/11/22/jetbrains-7th-annual-hackathon through the link in the clue prompt.

Search LEGO brastorms, and you can see the elements prompted before:

There is a paragraph of garbled code in the figure that we need to translate. Through the page review tool, we can get this paragraph of text: 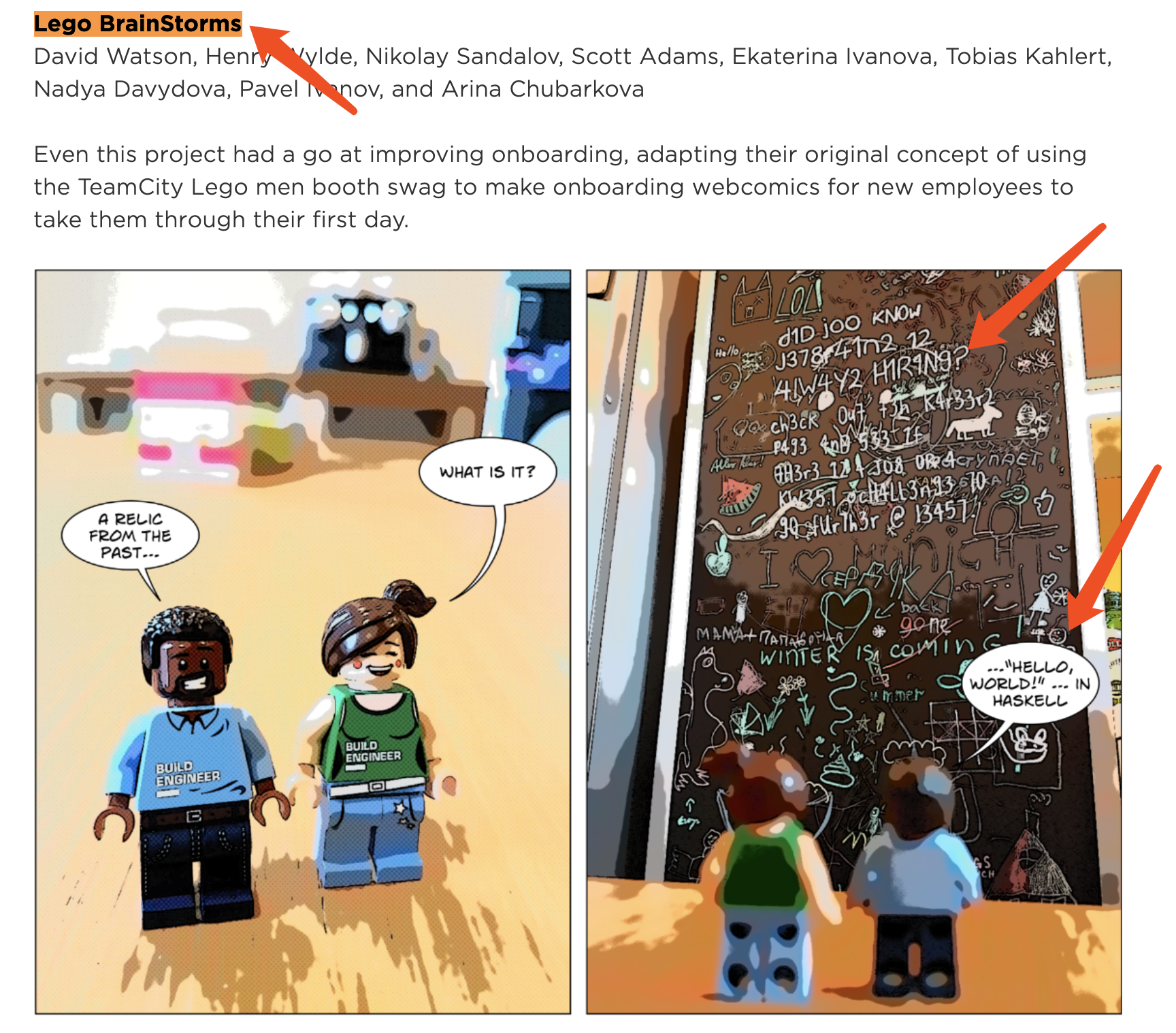 I t took a long time to read this card. Later, I read it on the Internet and said that NIMA is an English version of Martian. I found some corresponding relations, such as the shape and pronunciation of the characters are similar to the actual letters, such as: 1=i, 3=e, 0=O, 7=t This is what Lian mengdai guessed:

They've been recruiting, and there's a job waiting for you to take on the challenge.

According to the above clue, go straight to: https://www.jetbrains.com/jobs/

Search "re quest" to see the position: 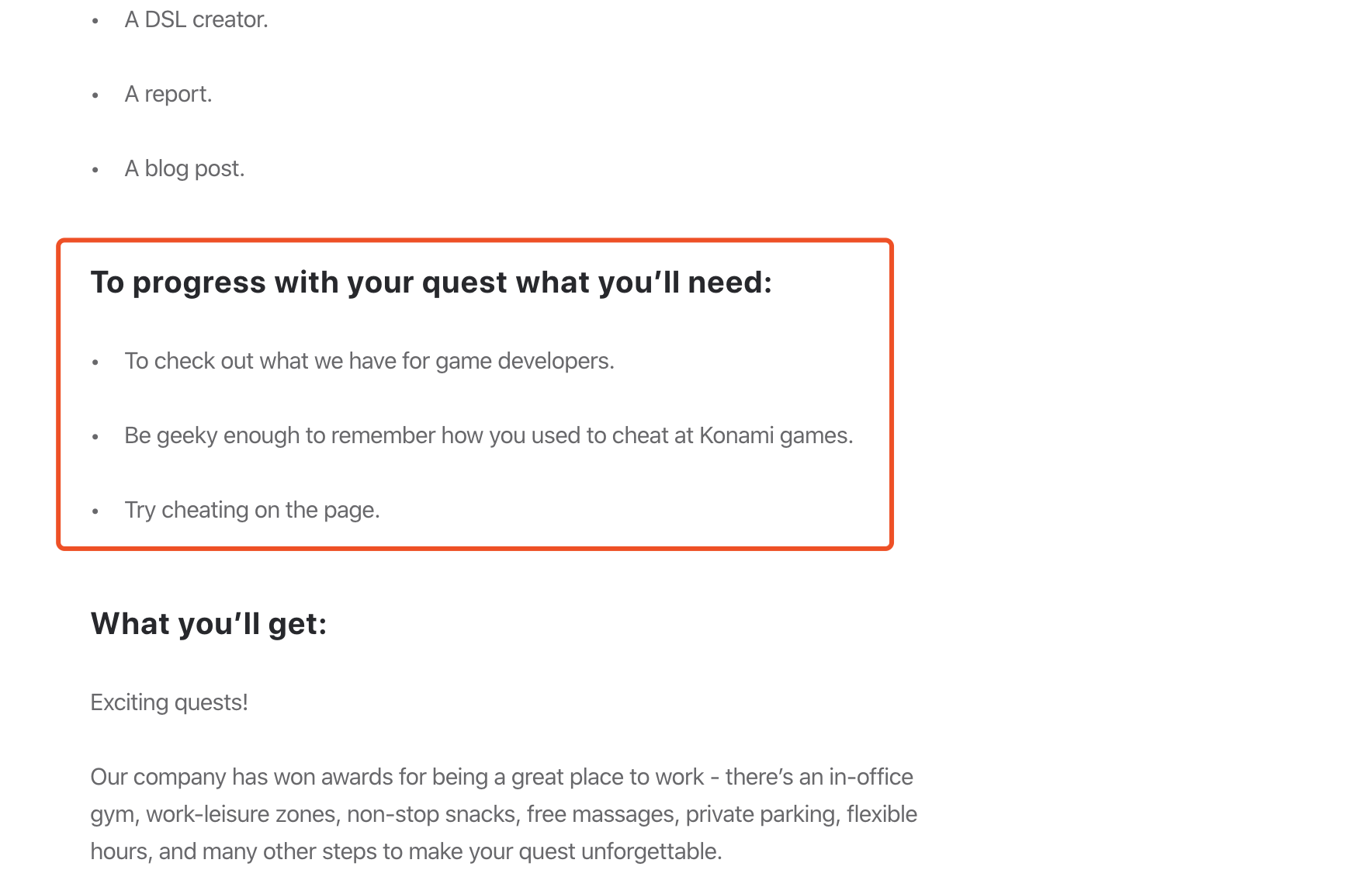 It tells us to go to the page for game developers. At the same time, remember the way you cheated in Konami game before. Try cheating on this page!

I haven't found the game developer page for a long time, so I can only go to Google to search for a wave and get this address: https://www.jetbrains.com/gamedev/ 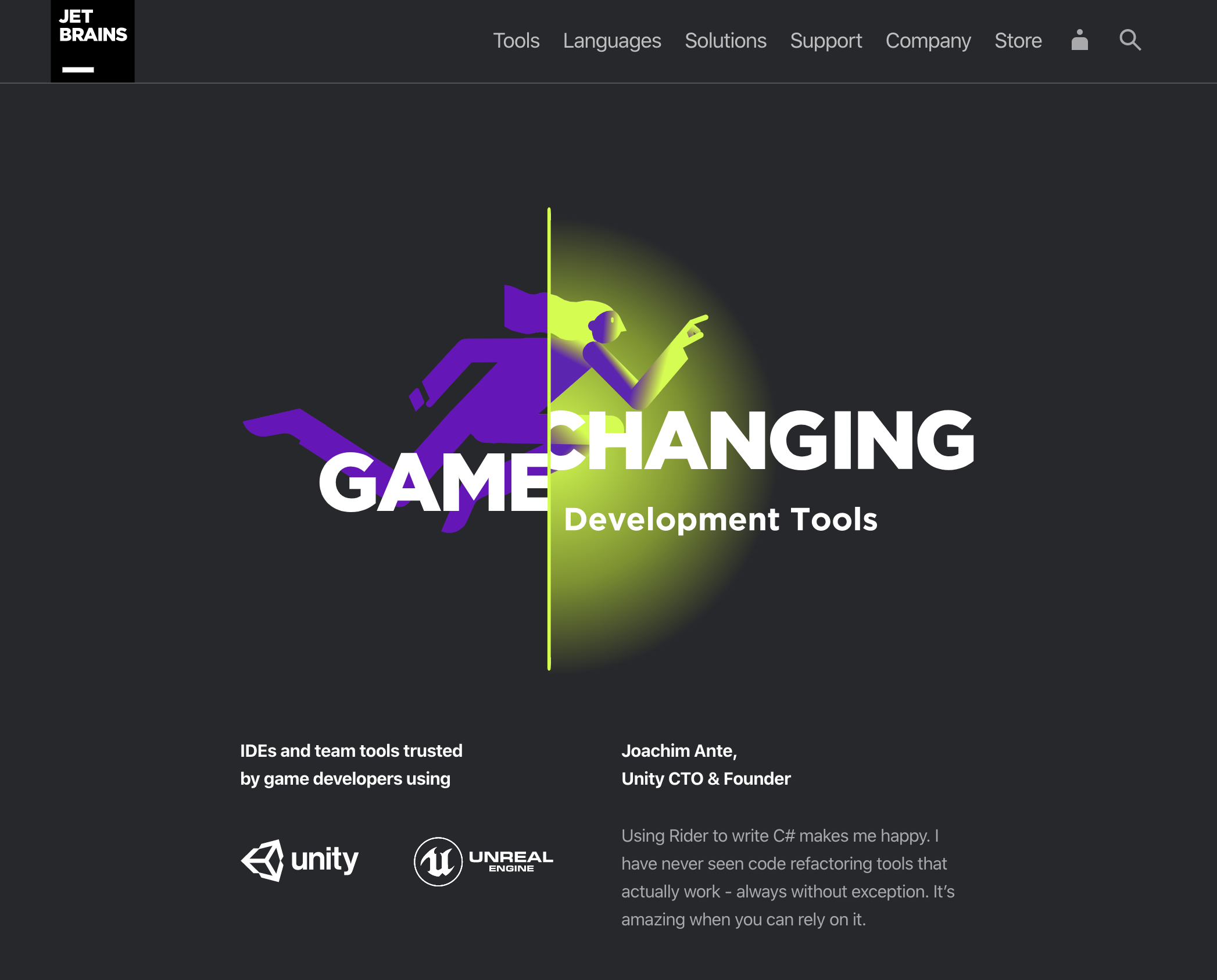 Cool page! Here's how to cheat in Konami game!

There is a history here, and now many young people may not know it. Konami's previous games have a classic way of cheating: up, down, around BA. This familiar operation, once accompanied my childhood. Mr. Hashimoto Hejiu, the author of the script, died on the night of February 25, 2020, but his script and our memories will last forever!

After entering the script, you will enter a game of playing bricks: 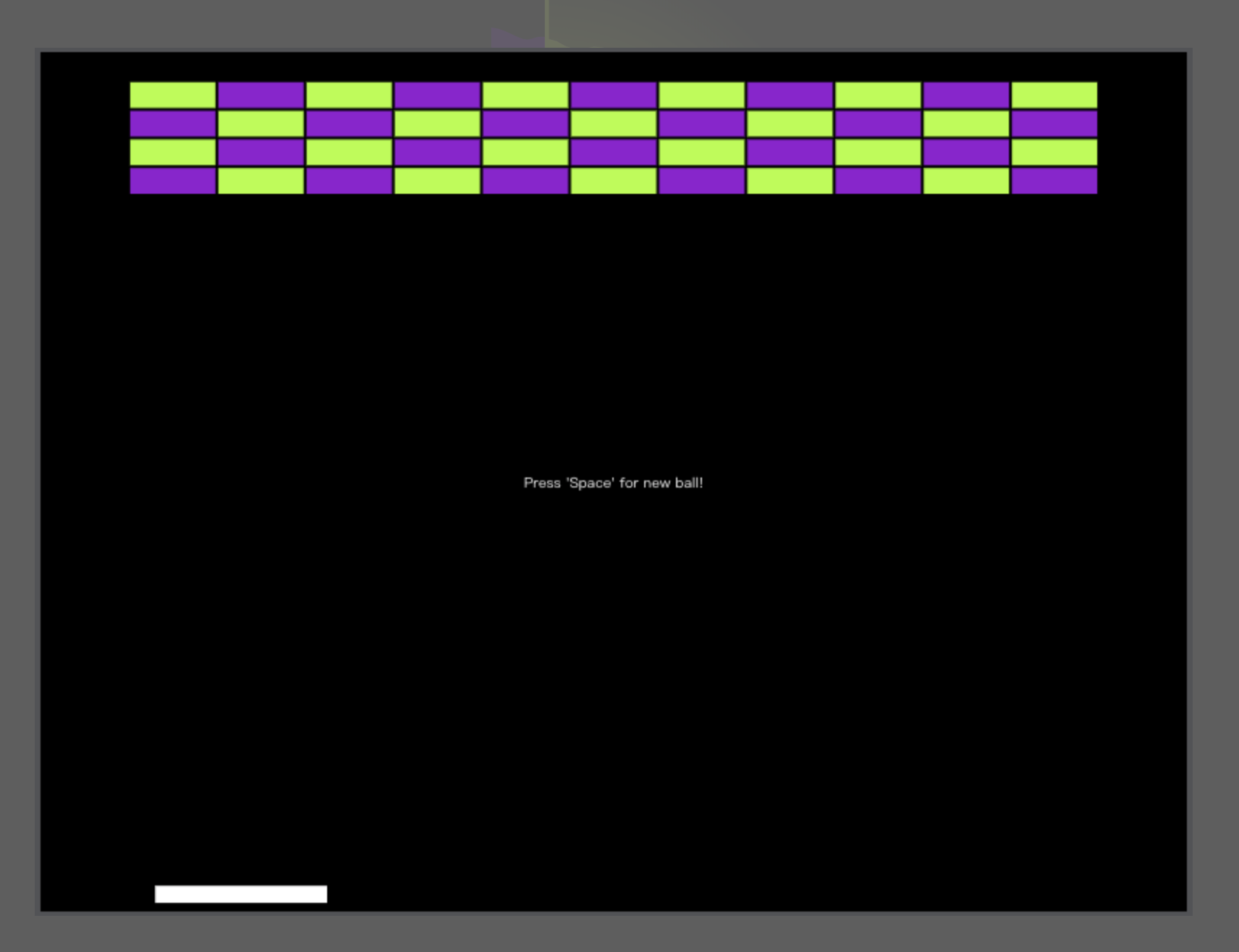 Eliminate all the bricks and you will see the final result of this challenge!

This time, DD will not let go of the final result! Readers are strongly recommended to play this interesting decryption game from the beginning of the clue! Experience the sense of achievement of thinking and solving problems! Last three months for your authentic JetBrains family!

Put on my screenshot this time. It works! Still leave a message all the time to say invalid, rubbish, suggest to try again.

Cheat to get results directly

Still recommend yourself to play. If you are impatient, please get it from the following: