Connectivity, increment, and pluggability are the core concepts of Apache ShardingSphere.

Positioned as a lightweight Java framework, additional services are provided in the JDBC layer of Java. It uses the client to directly connect to the database and provides services in the form of jar package without additional deployment and dependency. It can be understood as an enhanced jdbc driver and is fully compatible with JDBC and various ORM frameworks.

Positioned as a transparent database agent, it provides a server version encapsulating the database binary protocol to support heterogeneous languages. At present, MySQL and PostgreSQL (compatible with openGauss and other PostgreSQL based databases) are available. It can use any access client compatible with MySQL/PostgreSQL protocol (such as MySQL Command Client, MySQL Workbench, Navicat, etc.) to operate data, which is more friendly to DBA s.

Positioned as the cloud native database agent of Kubernetes, it represents all access to the database in the form of Sidecar. The meshing layer that interacts with the database is provided through the scheme of no center and zero intrusion, that is, Database Mesh, also known as database grid. 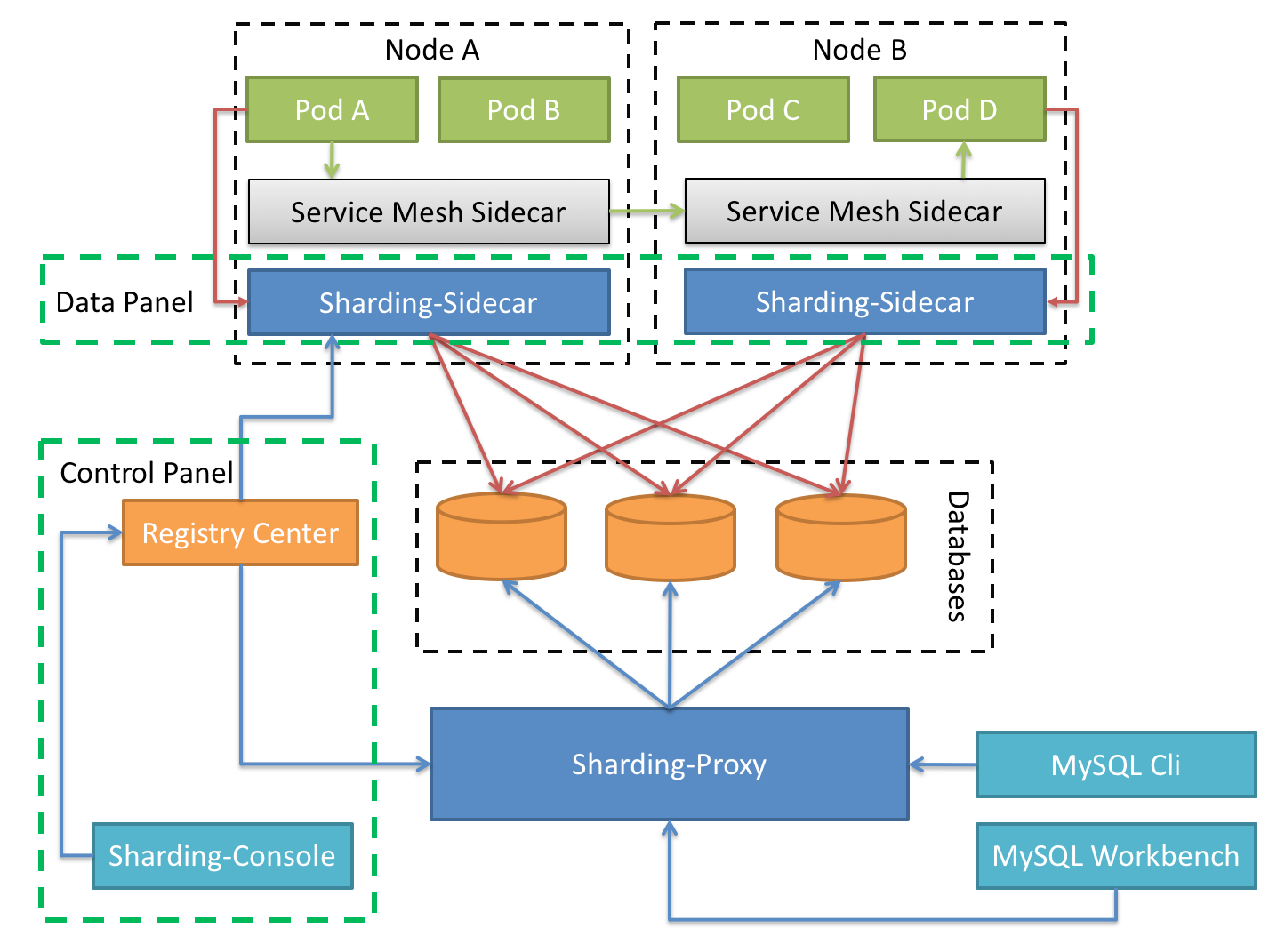 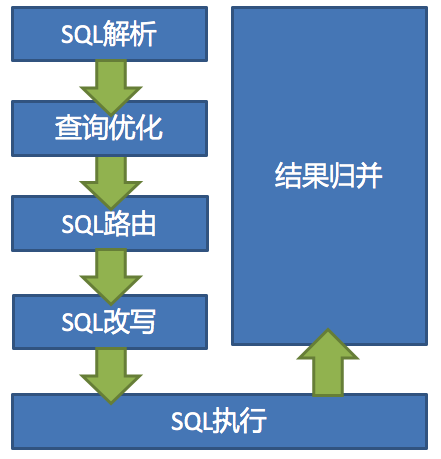 Replication is asynchronous, and the slave does not need a permanent connection to receive updates from the master.

Any modification on the master server will be saved in the Binary log through its own I / 0 thread.

Complete master-slave replication based on Docker

Why build based on Docker?

First, pull the docker image. Here we use mysql version 5.7:

The externally mapped port of the Master is 3339 and the externally mapped port of the Slave is 3340. Because docker containers are independent of each other and each container has its own ip address, different containers using the same port will not conflict. Here, we should try to use the default 3306 port of mysql, otherwise we may be unable to connect to mysql in the docker container through ip.

Use the docker ps command to view the running containers

cd /etc/mysql, switch to the / etc/mysql directory, and then vi my.cnf to edit my.cnf. bash: vi: command not found will be reported. We need to install vim in the docker container. Install vim using the apt get install vim command

Execute apt get update, and then execute apt get install VIM again to successfully install vim. Then we can use VIM to edit my.cnf and add the following configuration to my.cnf:

After configuration, you also need to restart the mysql service and docker container. The operation is consistent with the configuration of the master.

Enter mysql in Slave and execute

master_password: the password of the user used for synchronization

master_log_file: specifies which log file Slave starts copying data from, that is, the value of the file field mentioned above

master_log_pos: which Position to start reading, that is, the value of the Position field mentioned above

master_connect_retry: the time interval between retries if the connection fails. The unit is seconds. The default is 60 seconds

SlaveIORunning and slavesqlrrunning are both Yes, indicating that master-slave replication has been enabled. At this point, you can test whether the data synchronization is successful.

Why do you want to separate databases and tables

For ordinary machines (4-core 16G), if the MySQL concurrency (QPS+TPS) of a single database exceeds 2k, the system is basically finished. It is best to control the concurrency at about 1k. Here comes a question: why do you want to divide databases and tables?

Sub database and sub table purpose: to solve the problems of high concurrency and large amount of data.

1. High concurrency will cause frequent IO reads and writes, which will naturally cause slow reads and writes, or even downtime. Generally, the concurrency of a single database should not exceed 2k, except for NB machines.
2. The problem of large amount of data. It is mainly caused by the implementation of the underlying index. The MySQL index is implemented as B+TREE. The amount of other data will lead to a very large index tree and slow query.

Second, the maximum storage limit of innodb is 64TB.
The most common way to solve the above problems is to divide the database into tables.
The purpose of database and table splitting is to split a table into N tables, so as to control the data volume of each table within a certain range and ensure the performance of SQL. It is recommended that the data of a table should not exceed 500W.

It is also divided into vertical split and horizontal split.

Horizontal splitting: the data of a unified table is split into different tables in different libraries. It can be split according to time, region, or a business key dimension, or through hash. Finally, the specific data is accessed through routing. The structure of each table after splitting is consistent.

Vertical split: This is to split a table with many fields into multiple tables or multiple libraries. The structure of each library table is different, and each library table contains some fields. Generally speaking, it can be split according to the business dimension. For example, the order table can be divided into orders, order support, order address, order goods, order extension and other tables; it can also be divided according to the number Split according to the degree of cold and heat, 20% of the hot fields are split into one table and 80% of the cold fields are split into another table. 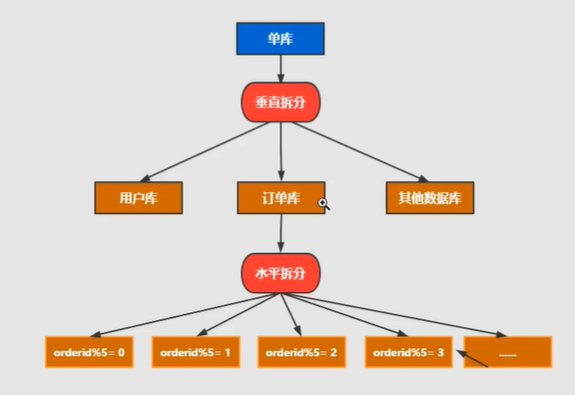 Generally, there is a process to split a database. At first, it is a single table, and then it is slowly split into multiple tables. Then let's see how to smoothly transition from MySQL single table to MySQL sub database and sub table architecture.

Method of dividing database and table

Logical table refers to the general name of horizontally split database or data table and data structure table. For example, the user data is divided into two tables according to the user id%2: ksi_user0 and ksd_user1. Their logical table name is ksd_user.
The definition method in shardingjdbc is as follows:

Data slicing is the smallest unit. It consists of data source name and data table, such as ds0.ksd_user0

There are two types of data source fragmentation:

These two are fragmentation rules with different dimensions, but their usable fragmentation strategies and rules are the same. They consist of two parts:

Corresponding to the non shardingstrategy, SQL will be sent to all nodes for execution without fragmentation policy. This rule has no sub items to configure.

The second method: the inline line expresses the time division strategy {core, which must be mastered)

It corresponds to inlineshardingstrategy. When Groovy is used, it provides fragment operation support for = and in of SQL statements, and only supports single fragment key. For simple fragment algorithm, it can be used through simple configuration, so as to avoid cumbersome Java code opening. For example, ksd_user $(fragment key (data table field) userid% 5) indicates that ksd_user table is based on a certain field (userid) Module 5. Thus, it is divided into 5 tables, and the table names are: ksd_user0 to ksd_user4. If the library is the same.

The fourth: ShardingSphere - comply with the fragmentation strategy (understand)

Problem: if the primary key is self growing, the data stored in different databases are likely to have the same primary key 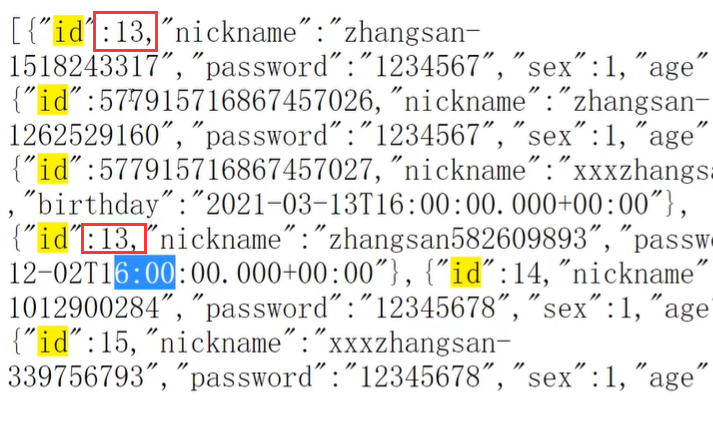 Without starting any distributed transaction manager, each data node is allowed to manage its own transactions. They do not have the ability to consult and communicate with each other, nor do they know the success of transactions of other data nodes. Local transactions have no loss in performance, but they are unable to achieve strong consistency and final consistency.

In ACID transactions, there are high requirements for isolation. In the process of transaction execution, all resources must be locked. The concept of flexible transactions is to move the mutex operation from the resource level to the business level through business logic. The system throughput can be improved by relaxing the requirements for strong consistency.
Both ACID based strong consistency transactions and BASE based final consistency transactions are not silver bullets. Their greatest strengths can be brought into play only in the most suitable scenarios. The differences between them can be compared in detail in the following table to help developers select technologies,