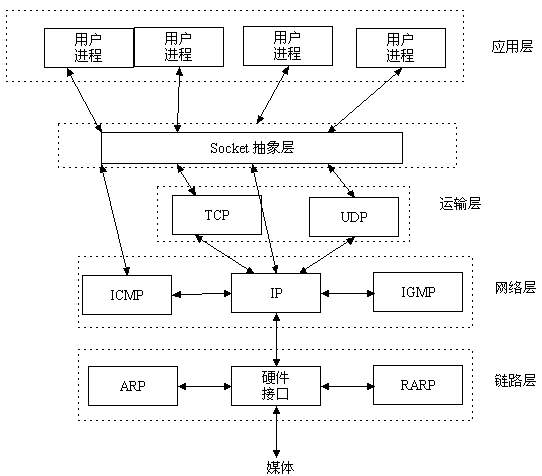 Socket is an intermediate software abstraction layer for communication between application layer and TCP/IP protocol family. It is a group of interfaces. In the design mode, socket is actually a facade mode. It hides the complex TCP/IP protocol family behind the socket interface. For users, a group of simple interfaces is all, allowing the socket to organize data to comply with the specified protocol.

In fact, from your point of view, socket is a module. We establish the connection and communication between the two processes by calling the methods already implemented in the module.
Others call socket ip+port, because ip is used to identify the location of a host in the Internet, and port is used to identify an application on the machine.
So as long as we establish ip and port, we can find an application and use socket module to communicate with it.

UDP (User Datagram Protocol) is an unreliable and connectionless service with high transmission efficiency (small delay before transmission), one-to-one, one to many, many to one, many to many, message oriented, best service and no congestion control. Applications using UDP: domain name system (DNS); Video stream; Voice over IP (VoIP).

I know you don't understand this. Go straight to the figure above. 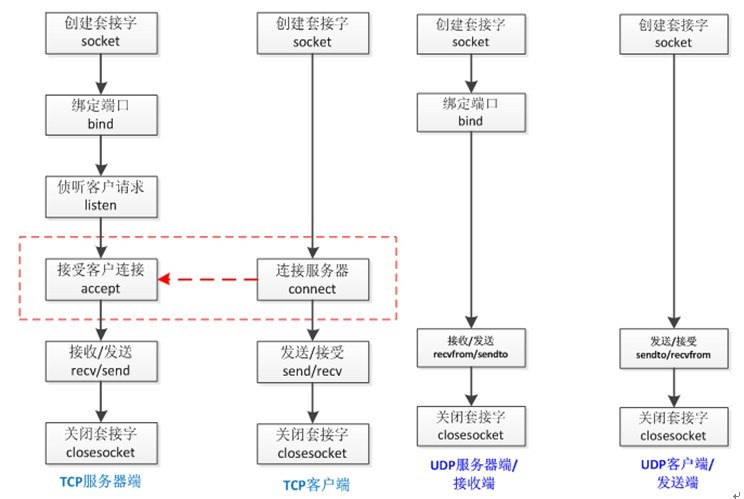 socket based on TCP protocol

tcp is link based. You must start the server first, and then start the client to link the server

Problem: some students may encounter problems when restarting the server 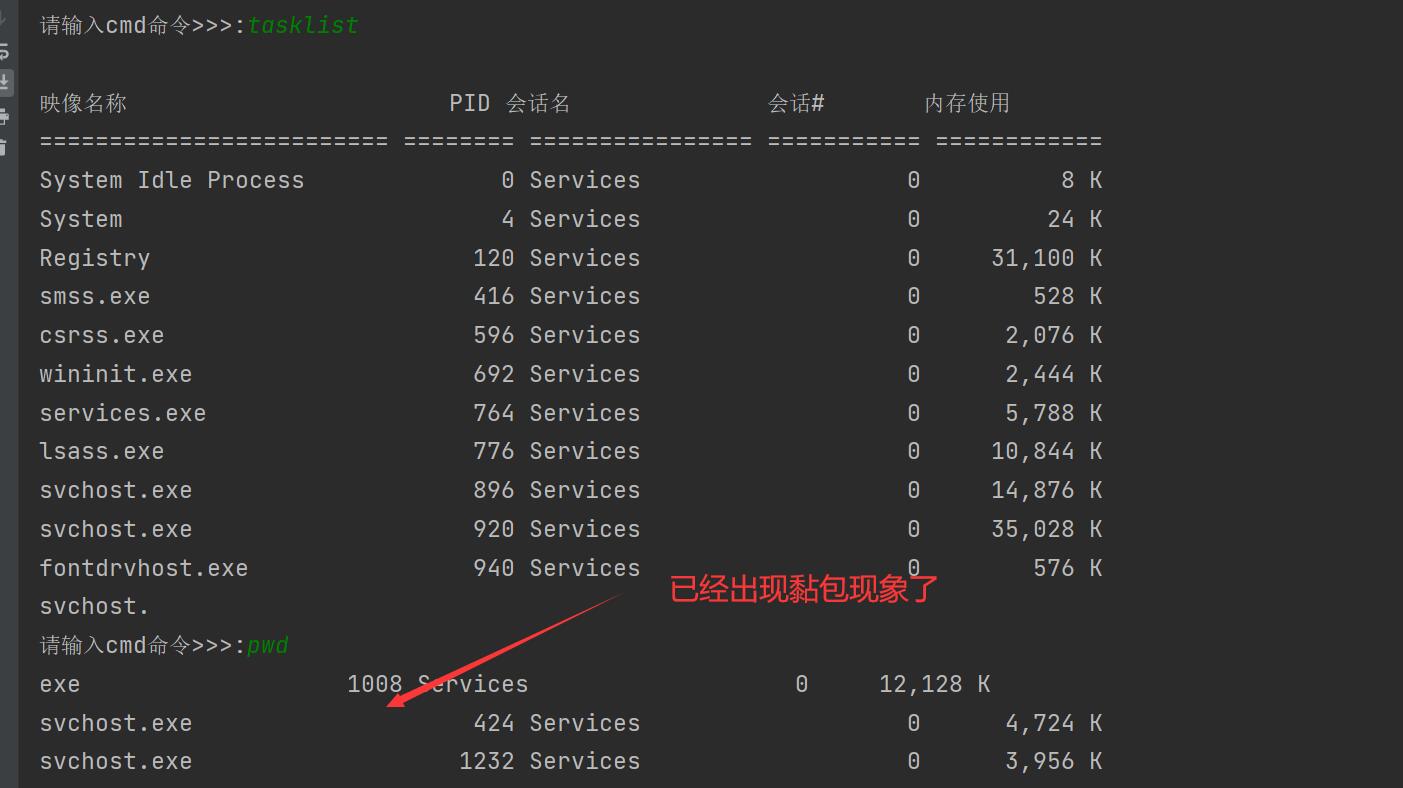 1. On the surface, the sticky packet problem is mainly due to the caching mechanism of the sender and receiver and the flow oriented characteristics of tcp protocol.

2. In fact, it is mainly because the receiver does not know the boundaries between messages and how many bytes of data are extracted at one time

The root of the problem is that the receiver does not know the length of the byte stream to be transmitted by the sender, so the solution to sticking packets is to focus on how to let the sender know the total size of the byte stream to be transmitted before sending data, and then the receiver receives all data in an endless loop.

Existing problems:
The running speed of the program is much faster than the network transmission speed, so send the byte stream length before sending a byte. This method will amplify the performance loss caused by network delay

We can use a module that can convert the length of data to be sent into bytes of fixed length. In this way, each time the client receives a message, it only needs to accept the content of this fixed length byte and take a look at the size of the information to be received next. As long as the final accepted data reaches this value, it will stop and just receive the complete data. 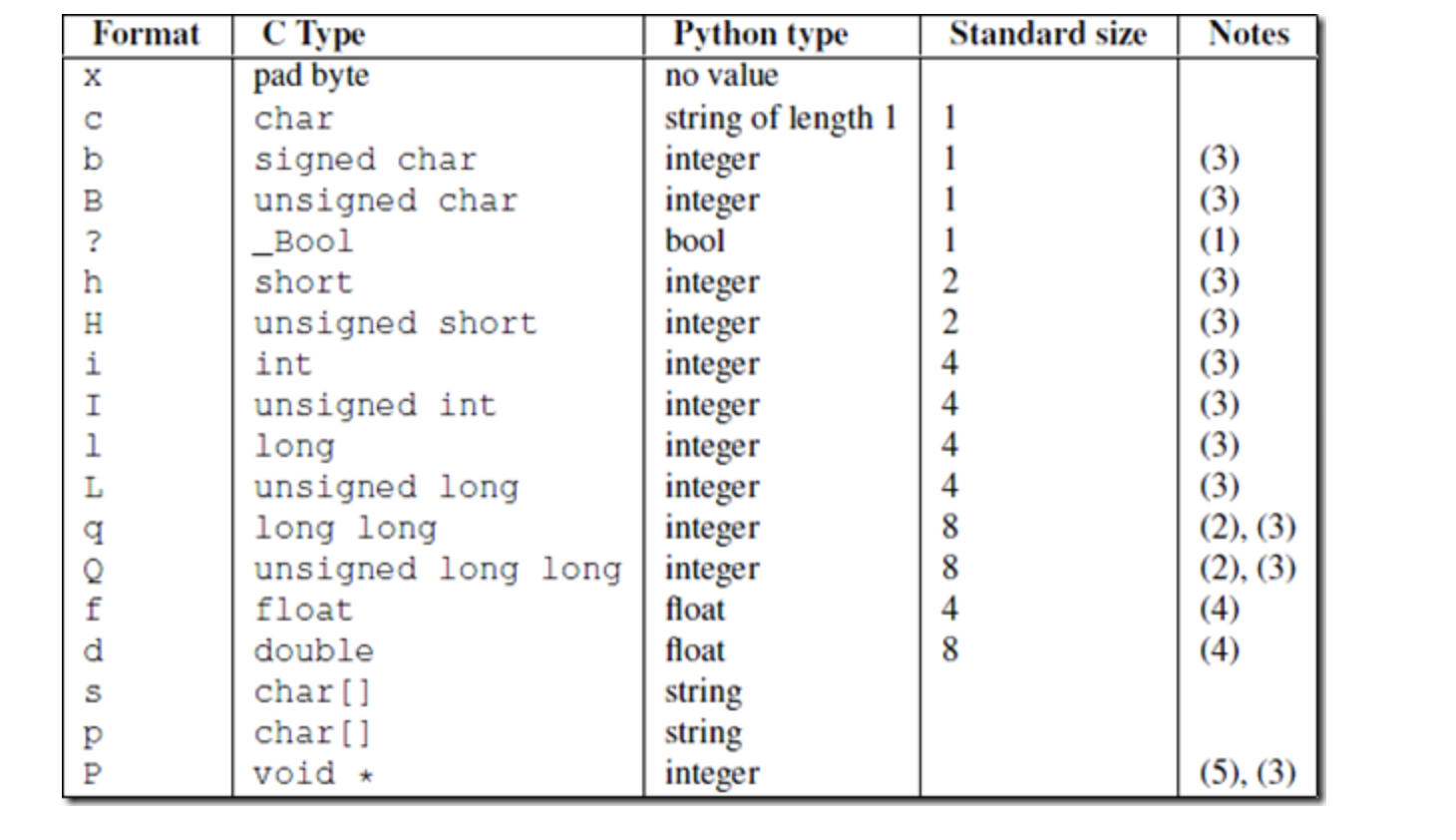 With the help of struct module, we know that the length number can be converted into a standard size 4-byte number. Therefore, this feature can be used to send the data length in advance