Platform: ubuntu 16.04, the kernel version is 4.15.0. Theoretically, any platform can, even android, as long as it can be compiled.

Functions to be completed: there may be multiple recording channels in a codec. What should I do if I want to open a channel for recording?

Purpose: just like doing a math problem, read the answer once and think you understand it. If not, you may not be able to do it when you really do it yourself. Then implement it in your own driver.

This paper only pursues application, not principle. For details, see the official documents or https://blog.csdn.net/droidphone/category_1118446.html.

What are widget s for

Widgets can also control registers. The question is, with kcontrol, why should there be widget s?

widget is the plug-in of kcontrol, which can be understood as the further upgrading and packaging of kcontrol. It also refers to a component in the audio system, such as mixer, mux, input / output pin, power supply, etc.

kcontrol has the following shortcomings:

So the widget was born. 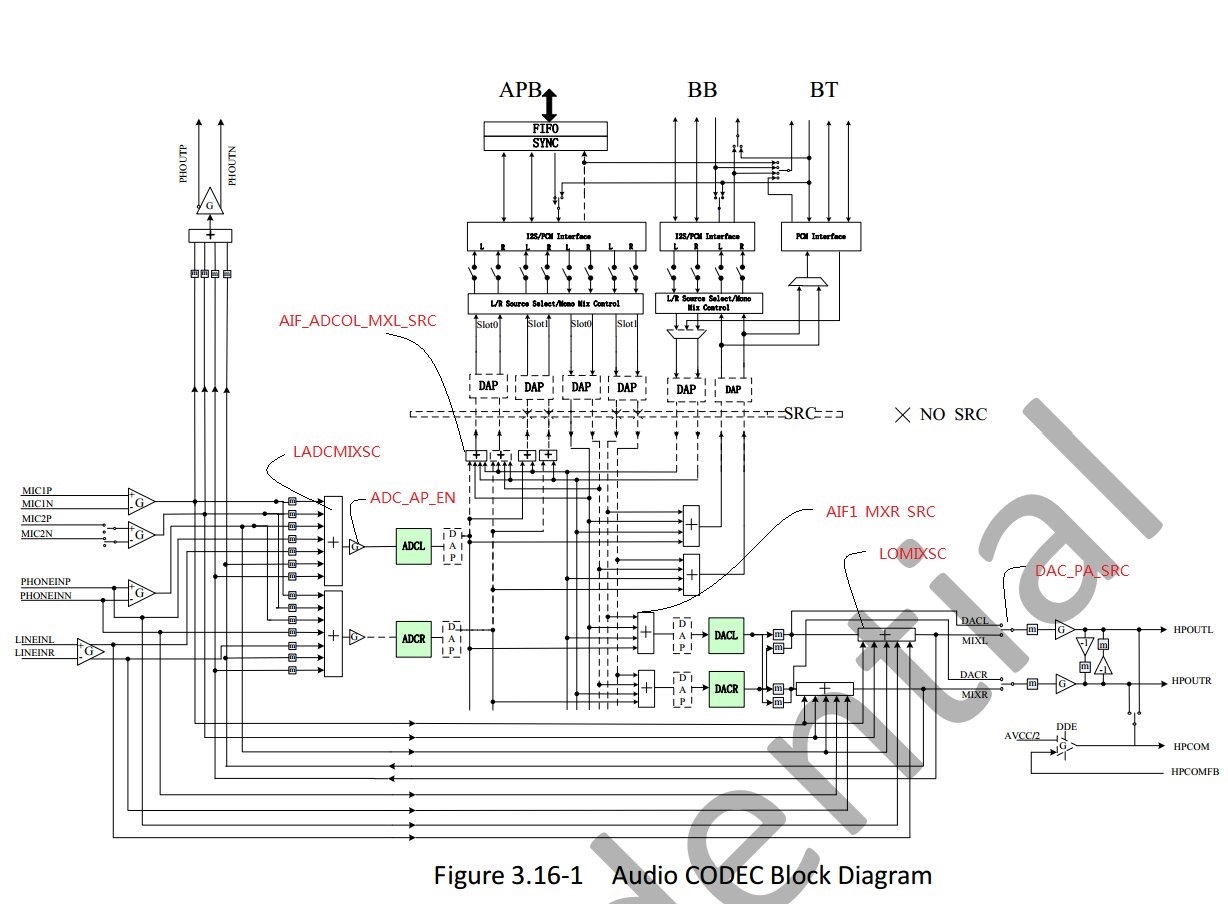 When the recording is input from mic1, it passes through each mixer/mux, just like passing through each level, and finally reaches ADCL, and the analog signal is converted into digital signal.

All roads lead to Rome, and there are thousands of roads to Rome, but we only need to take one of them, not all of them; Similarly, the signal that can reach the ADCL can be mic1, mic2 or others, but when I only need mic1 input, other channels do not need to be enabled. The path that needs to be enabled is called complete path.

The purpose is to save electricity.

In order to better understand dapm, two complete path s are constructed in their own virtual sound card driver.

First look at the road map, as follows:

Let's look at the code implementation

This is an array whose members are snd_soc_dapm_widget, which fills different types of widgets through various macro definitions;

Widgets will eventually be added to the card's widgets list

A widget has input and output, and widgets can be dynamically connected. The "line" connecting two widgets is path, which connects the output of one widget with the input of another widget;

For example, in the above array, "ADCL Input" is the destination widget, "MIC1 Boost Switch" is the switch (kcontrol) between two widgets, no is NULL, "MIC1" is the starting widget;

snd_ soc_ dapm_ add_ What the routes () function does is to find the destination widget, start widget and switch (kcontrol) specified by the route, generate the path, and then add the path to the paths linked list of the card.

Take a look at this article: The sixth detailed explanation of DAPM in ALSA sound card drive: the essence is to move the whole body

How do you know when to power up / down a complete path? Of course, you have to scan it,

The following situations can trigger dapm to initiate a scan operation:

Additional drivers need to be installed for testing under ubuntu, as follows:

Why / lib/modules/4.15.0-112-generic/kernel/sound/core / please refer to the previous articles.

Then install our driver

If you are testing on the development board, you don't need to be so troublesome. Install the driver directly

After installing the driver, you can see your sound card as follows:

It can be seen that we registered card 1. ubuntu itself has its own sound card. Let's take a look at the registered controls

ps: you can only see it with root permission under ubuntu

If recording is in progress at this time, all widgets on the corresponding complete path will be powered on, and the event function of the widget will also be called;

Check the following log to see if it is clearer

Other functions will be added later. The submission of this article is: 9. Add widget s to simulate two complete path s of codec

Beginners can follow this submission to learn, so as to avoid the interference of new submission.