Import the source code into Idea

There is a problem with this method. Now the download speed of github is very slow, and the spring framework is very large, so the download generally fails. To solve this problem, you can modify the host file or hang an agent. I think that by hanging the agent, please refer to: https://www.zhihu.com/question/27159393

After importing the source code into Idea, the Idea will automatically Sync the project. When the Sync is finished (this process usually takes a long time), it indicates that the spring framework has been imported to the local area correctly. At this time, the project structure will look like the following: 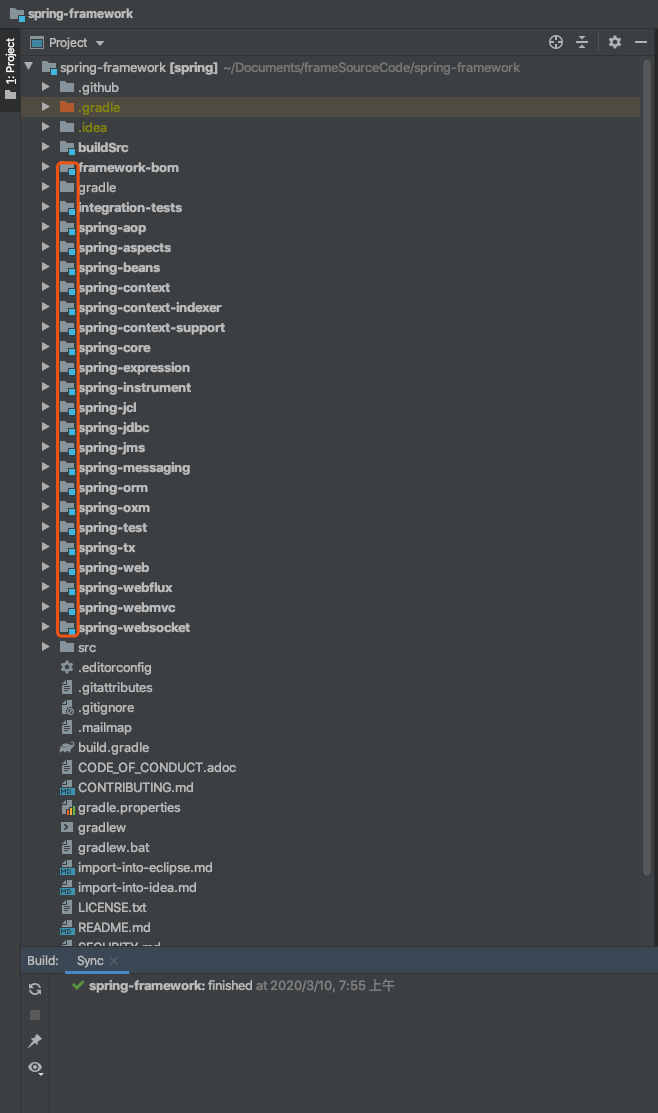 In addition to the above methods, we can also introduce spring related jar packages into local projects through maven. For example, our project pom.xml Add spring context dependency to the file: 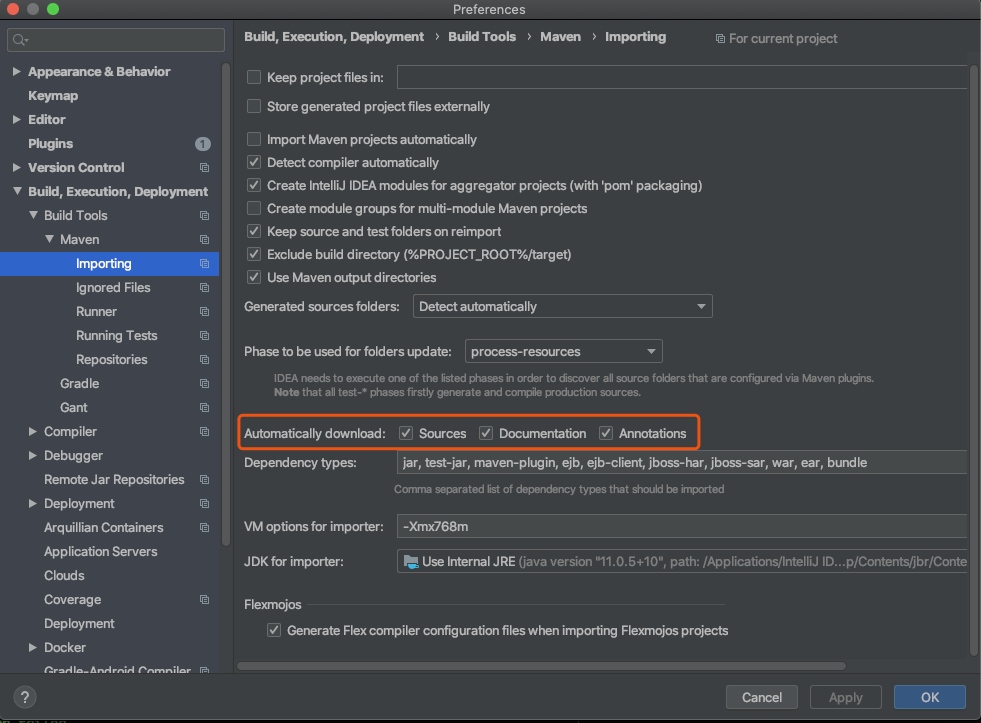 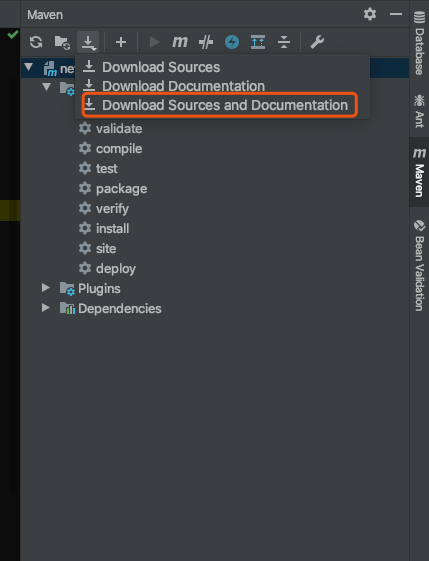 When we try to study the Spring source code, we usually have no way to start at the beginning, because the overall hierarchical structure and implementation of Spring are relatively complex. And we usually only care about the configuration file (configuration class) level, rarely pay attention to the underlying implementation. First, let's take a look at Spring The entry of IOC source code reading. When we learn Spring again, we will definitely contact the following demo (here we use the demo of xml configuration file, and the Spring principle of Java configuration is the same, except that the entry class is AnnotationConfigApplicationContext. The process of loading Bean configuration as BeanDefinition is different, and the subsequent process is completely consistent.)

ClassPathXmlApplicationContext is used to load the Spring configuration file under CLASSPATH. It can be seen that Bean instances can be obtained in the second line. Therefore, all Bean instances must be loaded in the first line (loading here indicates that the beans defined in the configuration file have been instantiated and initialized). Then the entry must be in the constructor of ClassPathXmlApplicationContext class, as follows:

The above process will be described in detail in the following article. Here we will simply list the steps of Bean loading. For us to understand Bean loading, it is important to step 2 and step 11, which define how the Bean changes from a configuration file to a usable object when Spring starts. The following article will introduce this part first, and then explain the remaining steps step by step. At the same time, for the refresh method, we need to pay attention to the following two points:

Through the above simple logical carding, we can find that there are two more important classes in the process of Bean loading. They are the entry class ClassPathXmlApplicationContext and the member variable beanFactory obtained from the entry class through inheritance. You can find that the instance is DefaultListableBeanFactory in the code. Let's take a look at the inheritance system of these two classes. 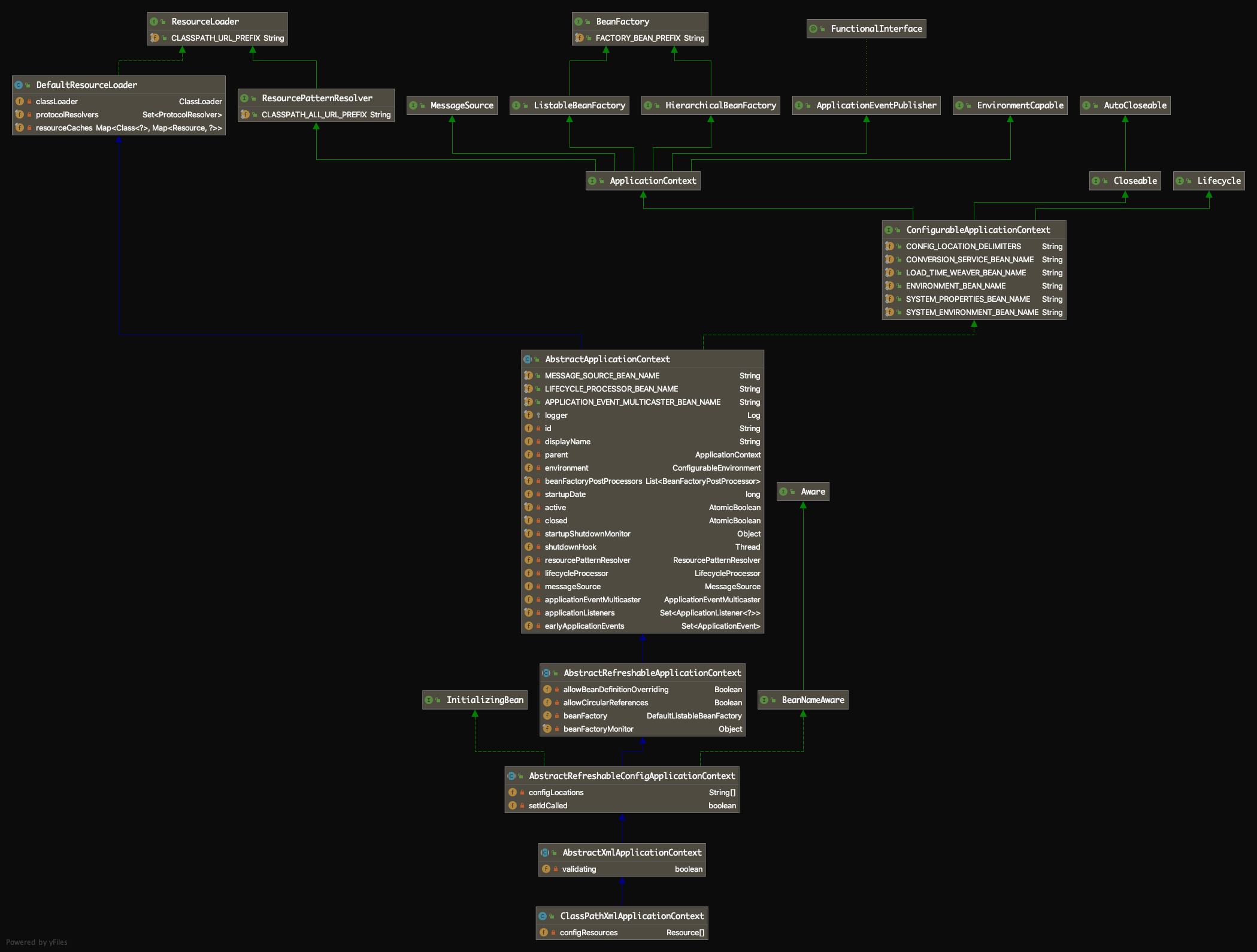 For the DefaultListableBeanFactory, we need to focus on that this class implements both BeanFactory interface and BeanDefinitionRegistry interface. It is a Bean factory and a Bean registry.

Let's take a look at the Bean loading process, which is actually the general execution process of the refresh method.

This method is the method of AbstractApplicationContext, as follows:

As can be seen from the method annotation, the function of this method is to prepare for refreshing the context and set the Spring context loading start time. The rest is to set some member variables value, such as the closed flag and the active flag. It's very simple, and there's nothing special to say.

This method is very important for us to understand the loading process of Spring Bean, which needs to be focused on. This method is the method of AbstractApplicationContext, which is used to obtain the Bean factory to refresh the Spring context. The return value of this method is the DefaultListableBeanFactory type member variable of the AbstractRefreshableApplicationContext class mentioned above. In this method, the transformation from xml configuration file to BeanDefinition is completed by using XMLBeanDefinitionReader, as follows:

The object returned by this method is obtained through the getBeanFactory method, which is an abstract method in the AbstractApplicationContext class

It is implemented in the subclass AbstractRefreshableApplicationContext, as follows:

prepareBeanFactory method is a method of AbstractApplicationContext class, which is used to configure the basic features of BeanFactory

The initApplicationEventMulticaster method is defined in the AbstractApplicationContext class to initialize the Spring container broadcaster.

The onRefresh method is defined in the AbstractApplicationContext class, which is a template method. This method can be overridden to add a special context refresh for the container, which is called when and before the initialization of the special Bean. For example, abstractrefreshable webapplicationcontext and StaticWebApplicationContext both override this method.

The registerListeners method is defined in the AbstractApplicationContext class and is used to register listeners.

The finishBeanFactoryInitialization method is the most important step in the Spring container Bean loading process. All non lazy loaded beans will be instantiated and initialized in this method. We will introduce this method separately in the following article.

2. Some operations before and after initialization of non lazy loaded singleton beans