9.2.1} which registers are inaccessible in non privileged mode

9.2.2 how to initialize core peripheral registers in non privileged mode

For beginners, just remember the knowledge points in this section. If you want to have an in-depth understanding, you still need to take some time to study the authoritative Cortex-M3/M4/M7 guide.

The non privileged level plays the role of protecting user tasks and preventing users from accessing and modifying system registers in any task. Improper operation will cause system crash.

Privilege level, in which the user can access and modify the system control register in any task.

With this basic understanding, there are four questions to be solved.

9.2.1} which registers are inaccessible in non privileged mode 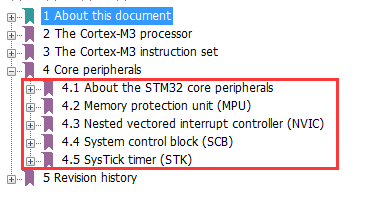 The core peripherals are mainly MPU, NVIC, SCB and STK. Some beginners have to ask, how do you know that the registers of these kernel peripherals can only be accessed at the privilege level? Here is the answer. We can open any register: 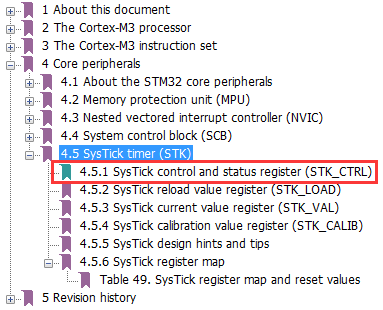 You can check whether other registers of MPU, NVIC, SCB and STK can be accessed at the privilege level according to the above method.

For SPI, USART, USB and other peripheral registers mentioned in the reference manual, they can be accessed at the non privileged level.

9.2.2 how to initialize core peripheral registers in non privileged mode

If the user sets the tasks of the RTX operating system to run in the non privileged mode, where should the core peripheral registers be initialized? There are mainly the following two methods:

The special function registers in Cortex-M3/M4/M7 include:

This bit is allowed to be written only when operating at the privilege level. Once entering the user level, the only way to return to the privilege level is to trigger a soft interrupt, and then the service routine rewrites the bit.

The CONTROL register is also operated by MRS and MSR instructions:

The setting method of RTX task privilege level is relatively simple. Check the configuration wizard of RTX system, as shown in Figure 9.1: 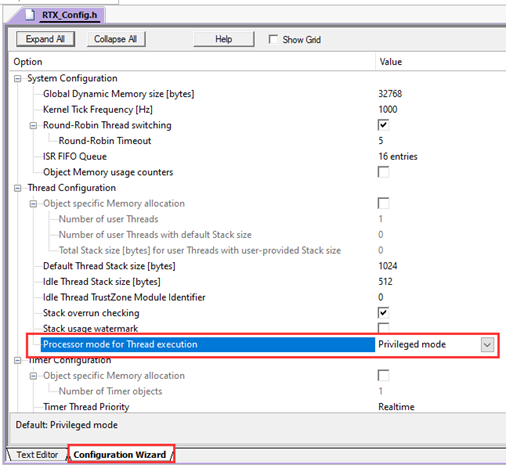 The knowledge points in this section are difficult for beginners to understand. They can only be better understood after accumulating some experience. However, it is recommended to read them.

The purpose of Cortex-M3/M4 kernel to realize these two operations is to distinguish between ordinary application code and exception service program. The following is the relationship between two operation modes and two privilege levels:

In the field of ARM programming, any event that interrupts the sequential execution of the program is called exception. In addition to external interrupts, when an instruction executes an "illegal operation", or accesses a prohibited memory interval, fault s caused by various errors, and unshielded interrupts occur, the execution of the program will be interrupted. These conditions are collectively referred to as exceptions. Exceptions and interrupts can also be mixed in a loose context. In addition, the program code can also actively request to enter the abnormal state (commonly used in system call).

Some simple applications do not require user level threading mode, as shown in the following figure:

Treating the code as privilege level and user level separately is conducive to making the architecture of CM3/CM4 more secure and robust. For example, when a user program code has a problem, it will not become a black sheep, because user level code prohibits writing special function registers and NVIC interrupt registers. In addition, if it is also equipped with MPU, the protection is more powerful, and it can even prevent user code from accessing memory areas that do not belong to it.

In order to avoid the damage of the system stack due to the wrong use of the application, we can assign a stack to the application to prevent it from sharing the stack of the operating system kernel. Under this management system, the user code running in thread mode uses PSP, while the exception service routine uses MSP. The switching between these two stack pointers is intelligent and automatic, and is handled by hardware at the beginning and end of exception service.

As mentioned earlier, CONTROL is responsible for the selection of privilege level and stack pointer. When CONTROL[0]=0, only processor mode conversion occurs at the beginning and end of exception handling, as shown in the following figure.

However, if CONTROL[0]=1 (thread mode + user level), the processor mode and privilege will change at the beginning and end of the interrupt response, as shown in the figure below.

CONTROL[0] can only be accessed at the privilege level. If a user level program wants to enter the privilege level, it usually uses a "system service call instruction (SVC)" to trigger the "SVC exception". The service routine of the exception can modify the CONTROL[0] according to the specific situation.

I'll tell you so much about the operation mode and privilege level. I'll explain the RTX task switching in detail later (this chapter will be matched when the RTX5 tutorial is upgraded later).

Purpose of the experiment: 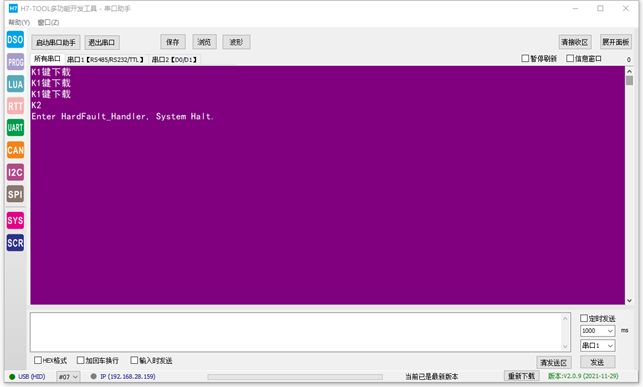 The details of the RTX configuration wizard are as follows: 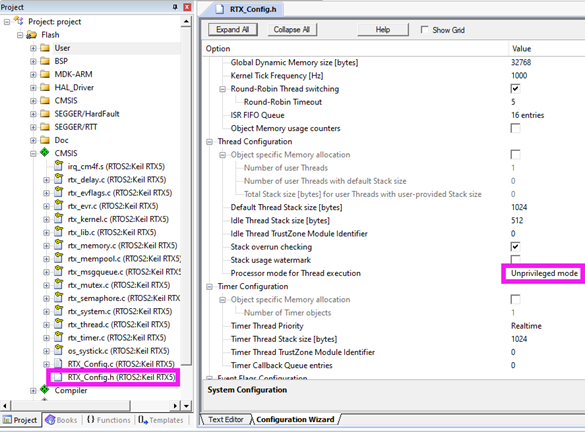 The system clock beat is set to 1KHz here. 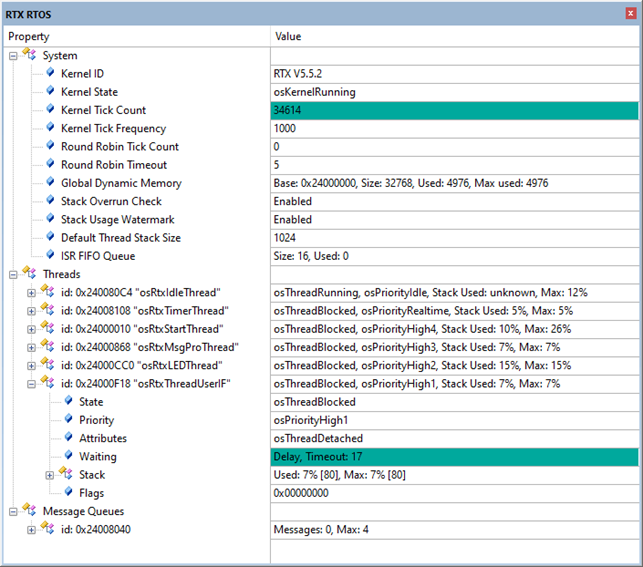 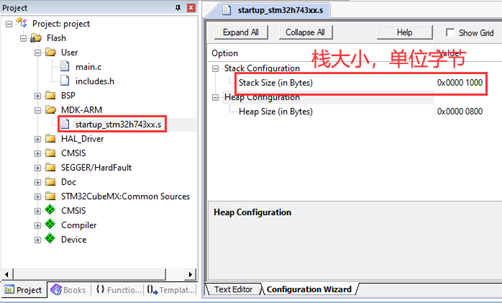 For beginners, it is easy to make mistakes in privileged and non privileged places. If you don't have this foundation before, it's still a little difficult to understand. It's not urgent. Take your time. A complete understanding also needs a step-by-step process.