Use the minimum heap to sort all elements of all lists, and then put them into the linked list in turn.
Use of heap:

However, note that we also use the technique of virtual head node to prevent the occurrence of null pointer. For example, the linked list has a total of 5 nodes. The topic asks you to delete the penultimate node, that is, the first node. According to the algorithm logic, you should first find the penultimate node. But there is no node in front of the first node, which will make an error. 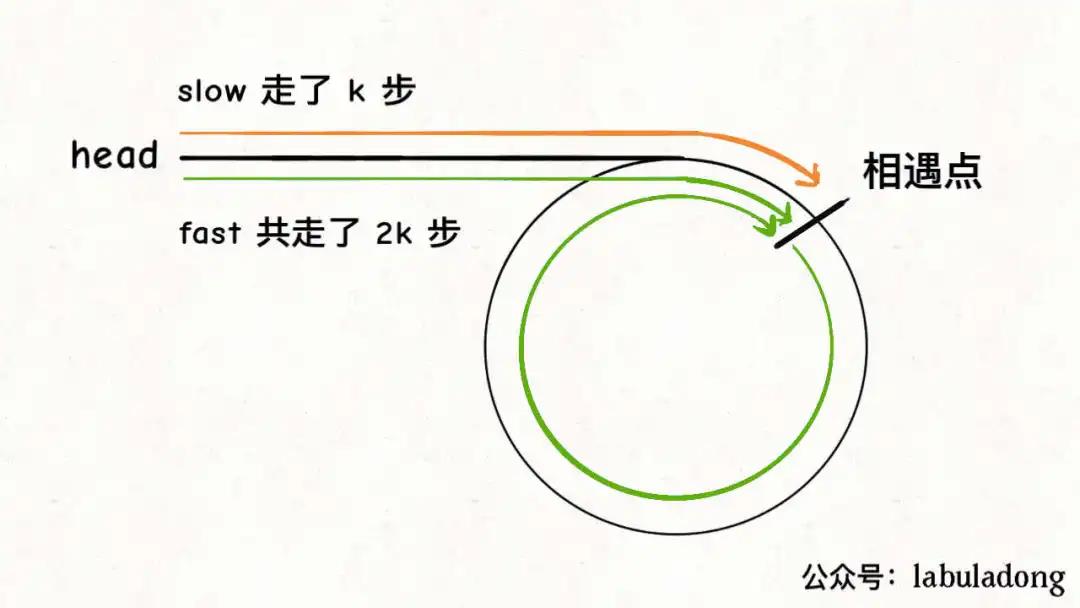 It can be seen that when the fast and slow pointers meet, let either pointer point to the head node, and then let them move forward at the same speed. The node position when they meet again is the beginning of the ring.

If the splicing is carried out in this way, p1 and p2 can enter the common part at the same time, that is, reach the intersection node c1 at the same time:
Then you may ask, if there is no intersection point between the two linked lists, can null be returned correctly?

This logic can cover this situation, which is equivalent to that c1 node is a null null null pointer, which can correctly return null.