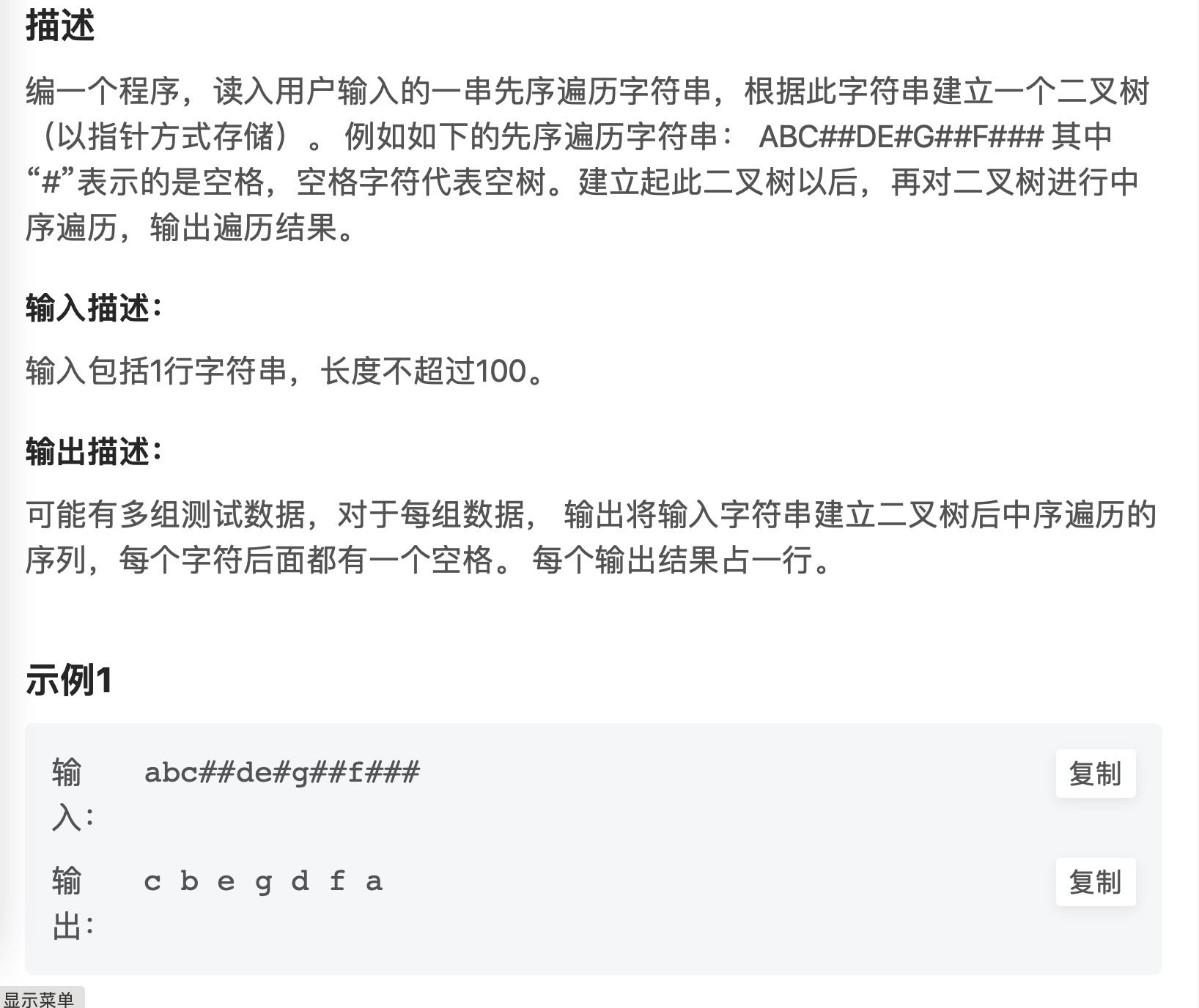 Given a (pre order traversal) string, construct a binary tree and print it in medium order, # = = nullpet, '' = = empty tree

If you forget, please read this blog ----- > Review the concept of binary tree 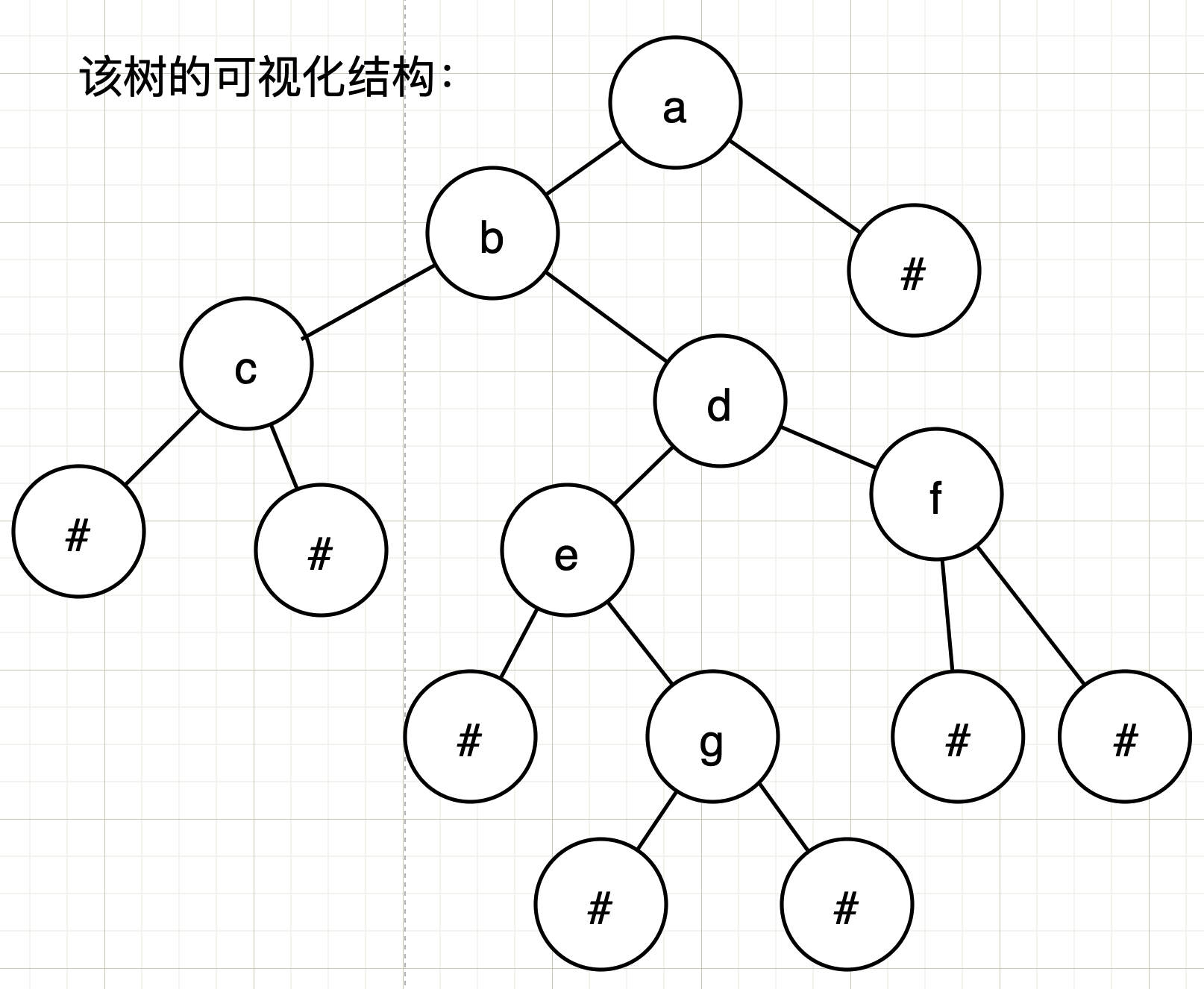 One # indicates that the current construction interval has been completed and no elements can be constructed (similar to the middle order traversal to the leaf node)
If you encounter ## a leaf node, it means that the left and right intervals are built (the subsequent traversal goes all the way to the root node) 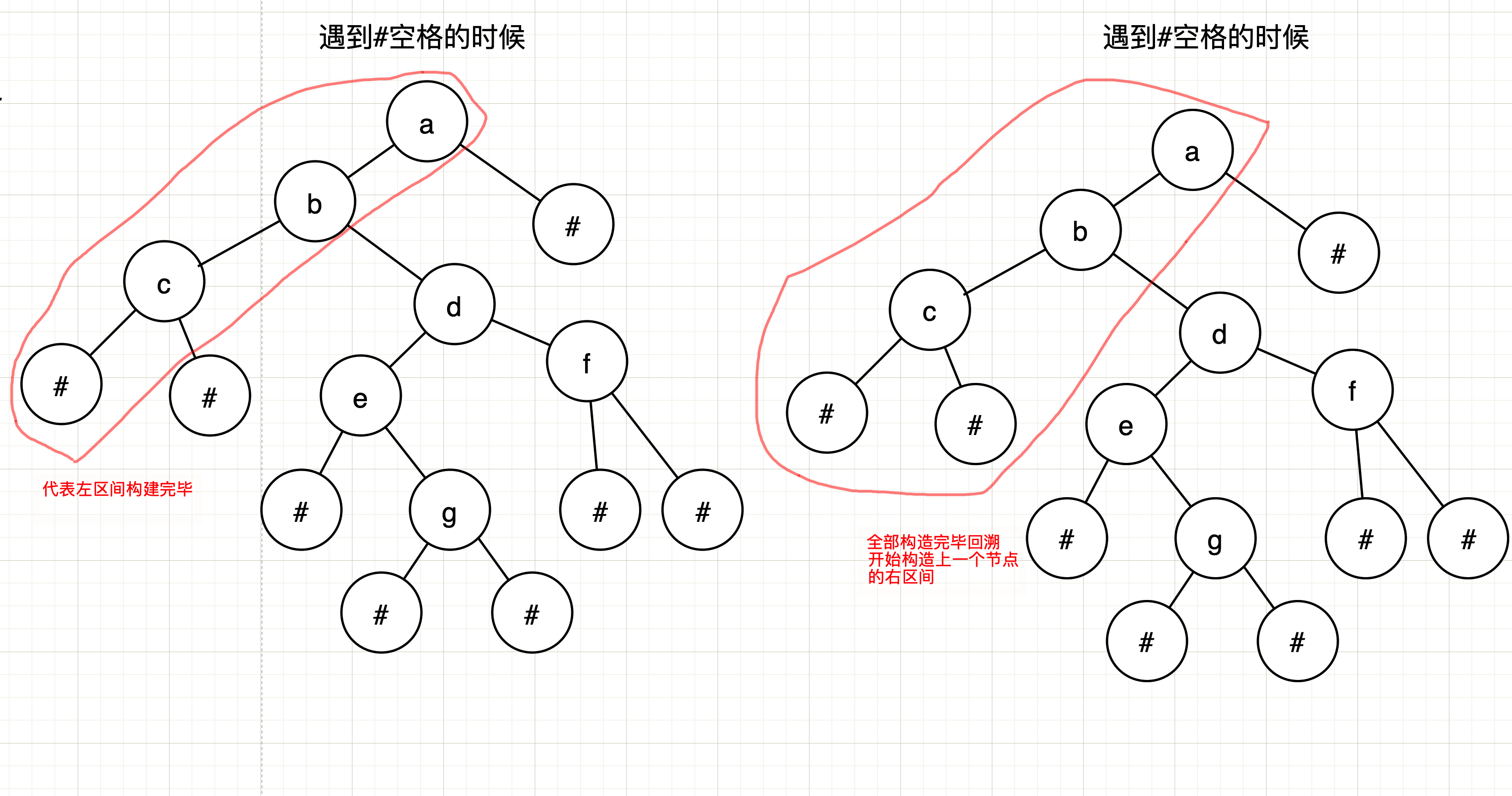 
The same is true for later node construction 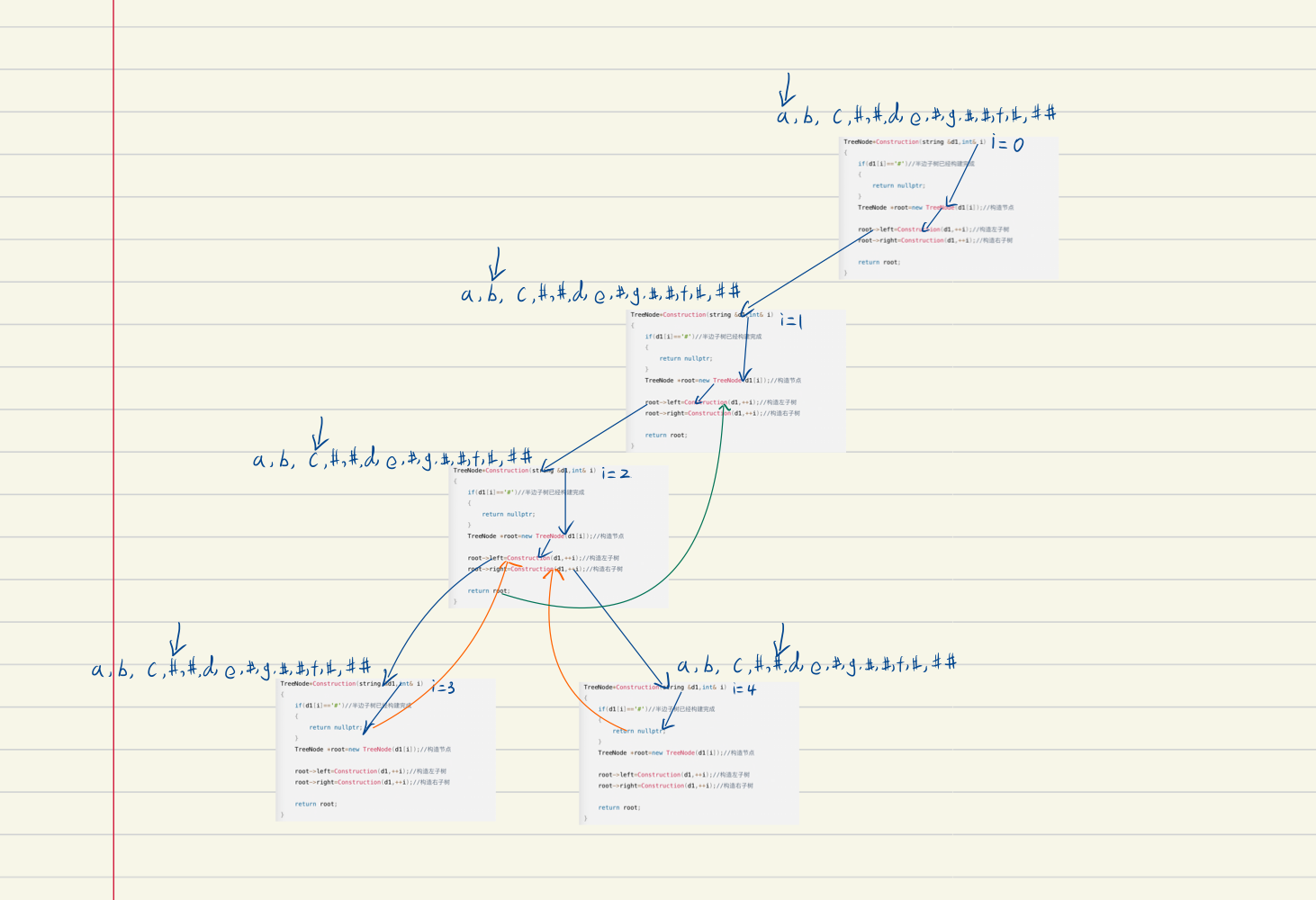 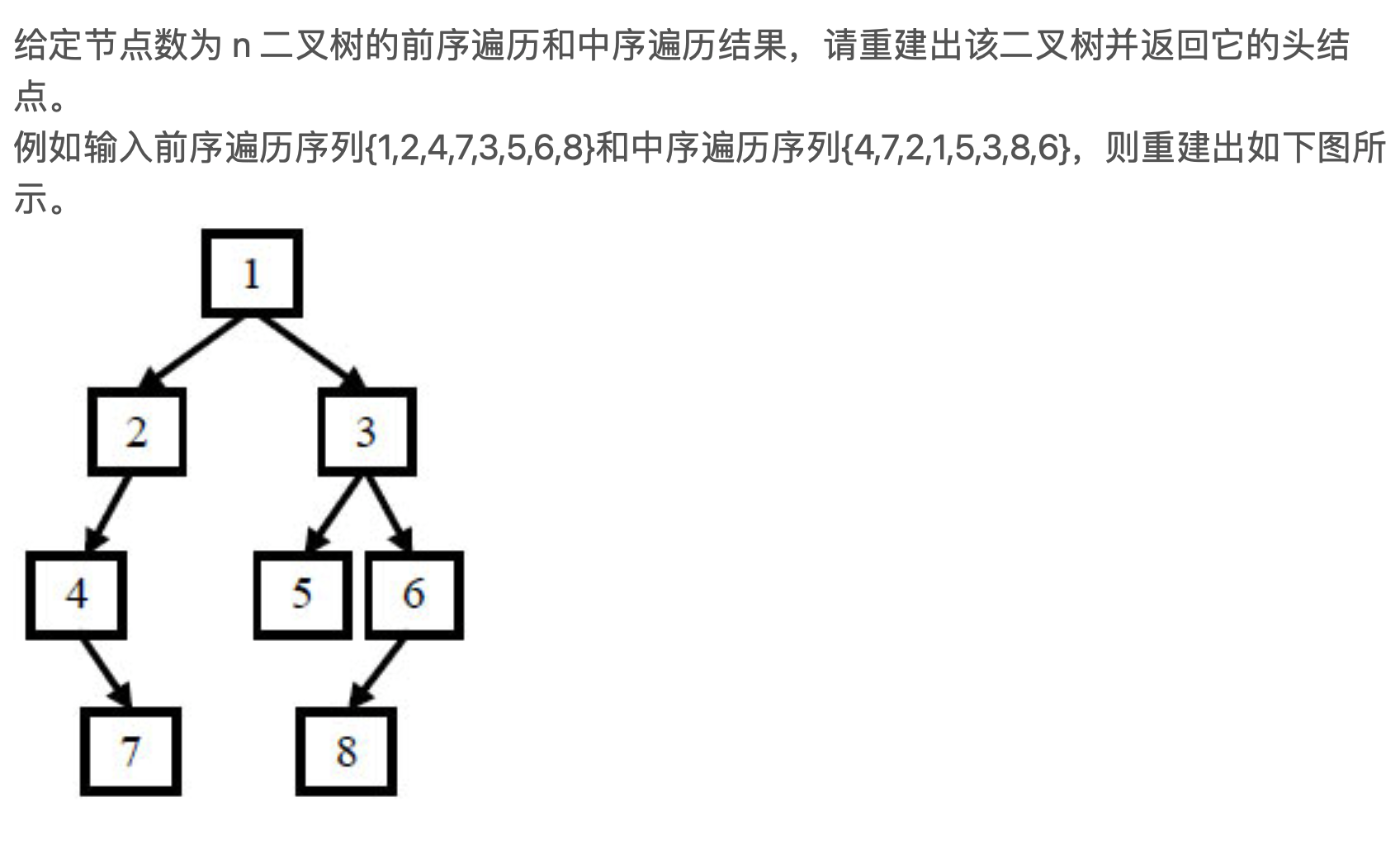 In fact, the difficult part is not the idea, but the idea is very good, but controlling his interval is the essence of the problem, so we take him out one by one for detailed analysis. Here, we also need to combine the code of dividing the left and right subtree cycle in the second part, but I will draw a picture to indicate it 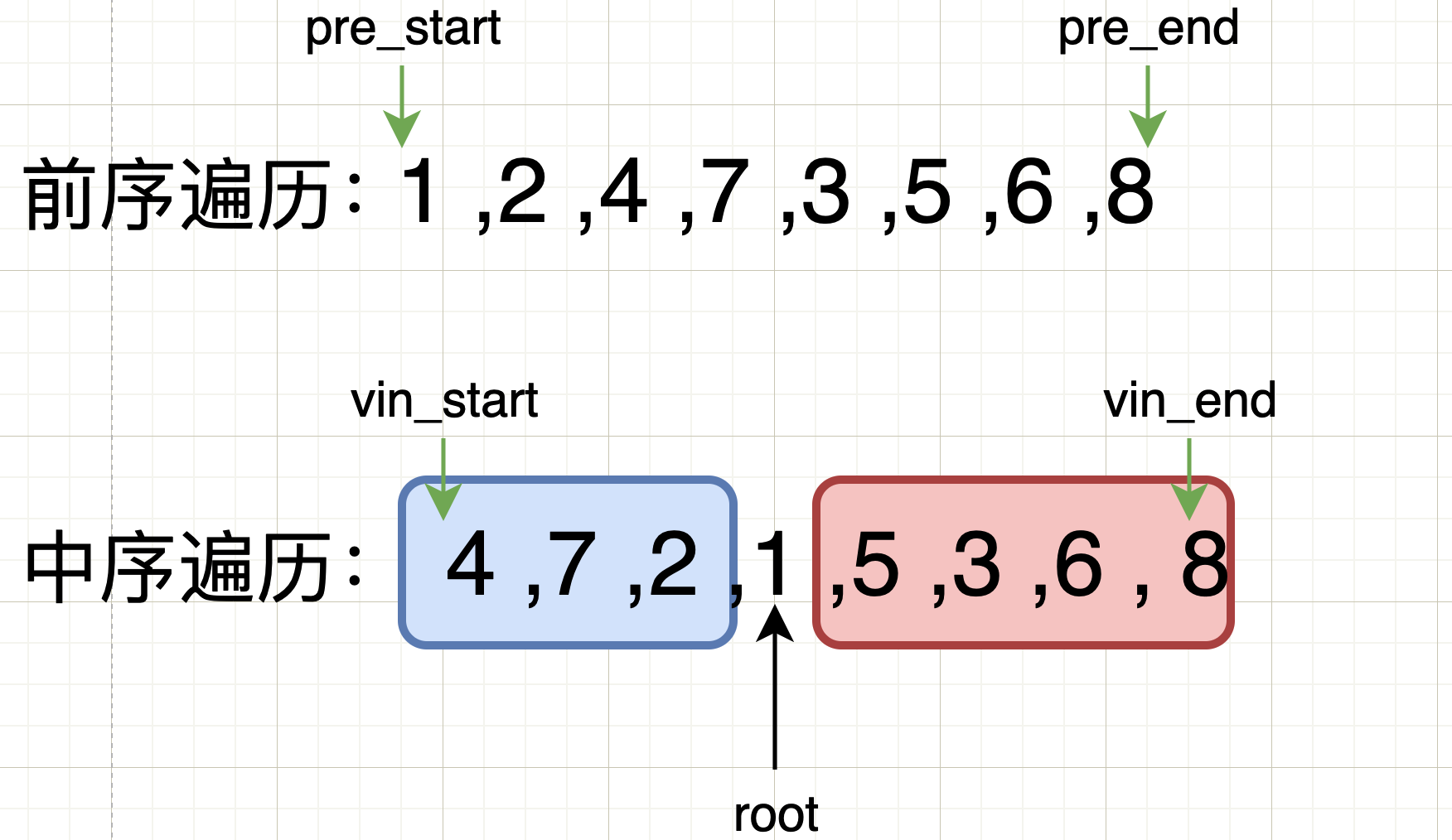 In the first division, it can be seen that pre_ In fact, start only needs to point to the next position. The preamble determines the root

The position of end is the previous position of the current root (i-1), then the position of root is I (the second part determines the loop of root position), and the code implementation is a closed interval, as shown in the first division

So now let's think about a problem. How do we know the number of nodes of the left subtree in the preamble?

As can be seen from the figure, the right subtree is actually the upper left subtree pre for the preamble_ End + 1 is pre_start+i-vin_start+1

His ending position is also very simple, as shown in the figure, still pre_end

As can be seen from the figure, the starting position of the interval of the right subtree after segmentation is i (root node), which is i+1

His ending position is also very simple, as shown in the figure, still vin_end

Analyze more. Once you are born, twice you are ripe, and three times you are good friends. Remember to take it out and write it regularly 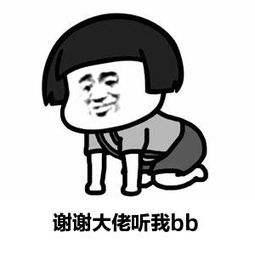