We assume that the two numbers that need to be added are 0 and 1, respectively

❓ Through four groups of summation operations, it can be found that bitwise XOR (^) can complete the binary without carry after partial addition. When the result of addition has carry, it cannot be completed. How should we solve this problem?

❓ When we look at carry, we always carry to the left. What operator can complete the left shift of binary numbers?

The answer is: the shift left symbol in the displacement operator (< <)

👉 To sum up, we can get two formulas:

There are many ways to solve this problem: 👇

Here, using the loop, the integer binary has a total of 32 bits. Move n to the right and 1 respectively. Press and & every time you move to the right and 1 to 1. If the result of press and is 1, it proves that the ith bit of n is also 1, the counter count will increase automatically, and finally print out the value of the counter, that is, the number of 1 in the binary of n

The general idea is the same as that of method 1. It depends on n constantly moving to the right and 1 to press the bit. If the result is 1, the counter will increase automatically. Finally, the result of the counter is the number of n binary. Here, unsigned right shift > > > is adopted. For positive numbers, method 1 is exactly the same as method 2, that is, the circular statements are different

👉 Method 3: the method used in the reference book of sword finger offer

In this method n, every time the bitwise and post binary bits are carried out, there will be one less 1. Finally, when it is equal to 0, it means that there is no 1

Print out the value of the counter, that is, the number of 1 in the binary of n 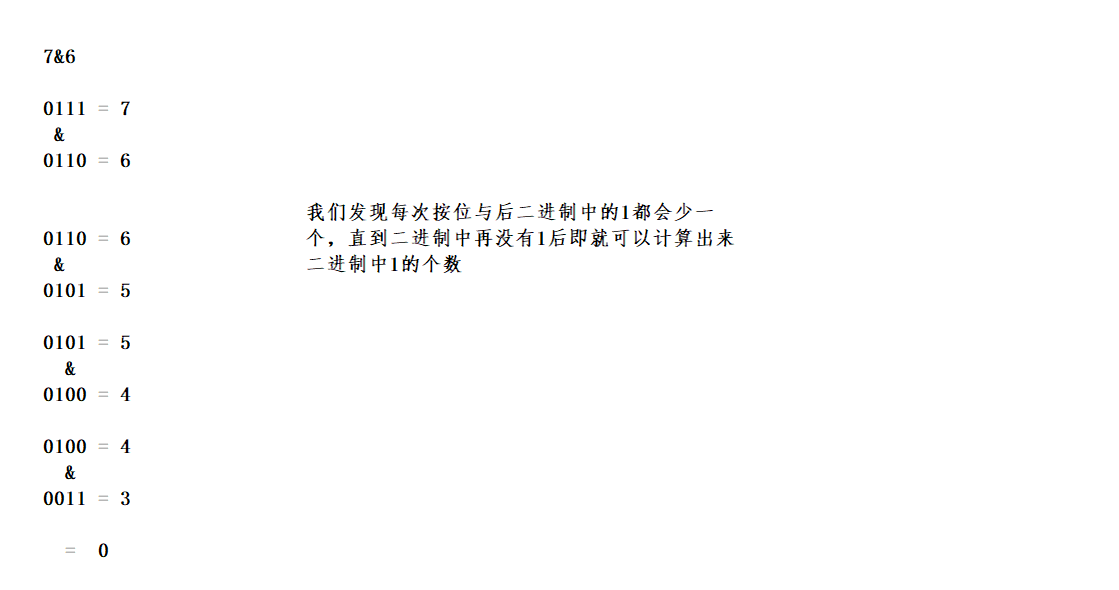 Analysis: the requirement of the problem is to find the power of a number without using library function

This method is more conventional, and the values can be obtained successively in three cases of power.

Two cases of positive and negative power numbers are illustrated: 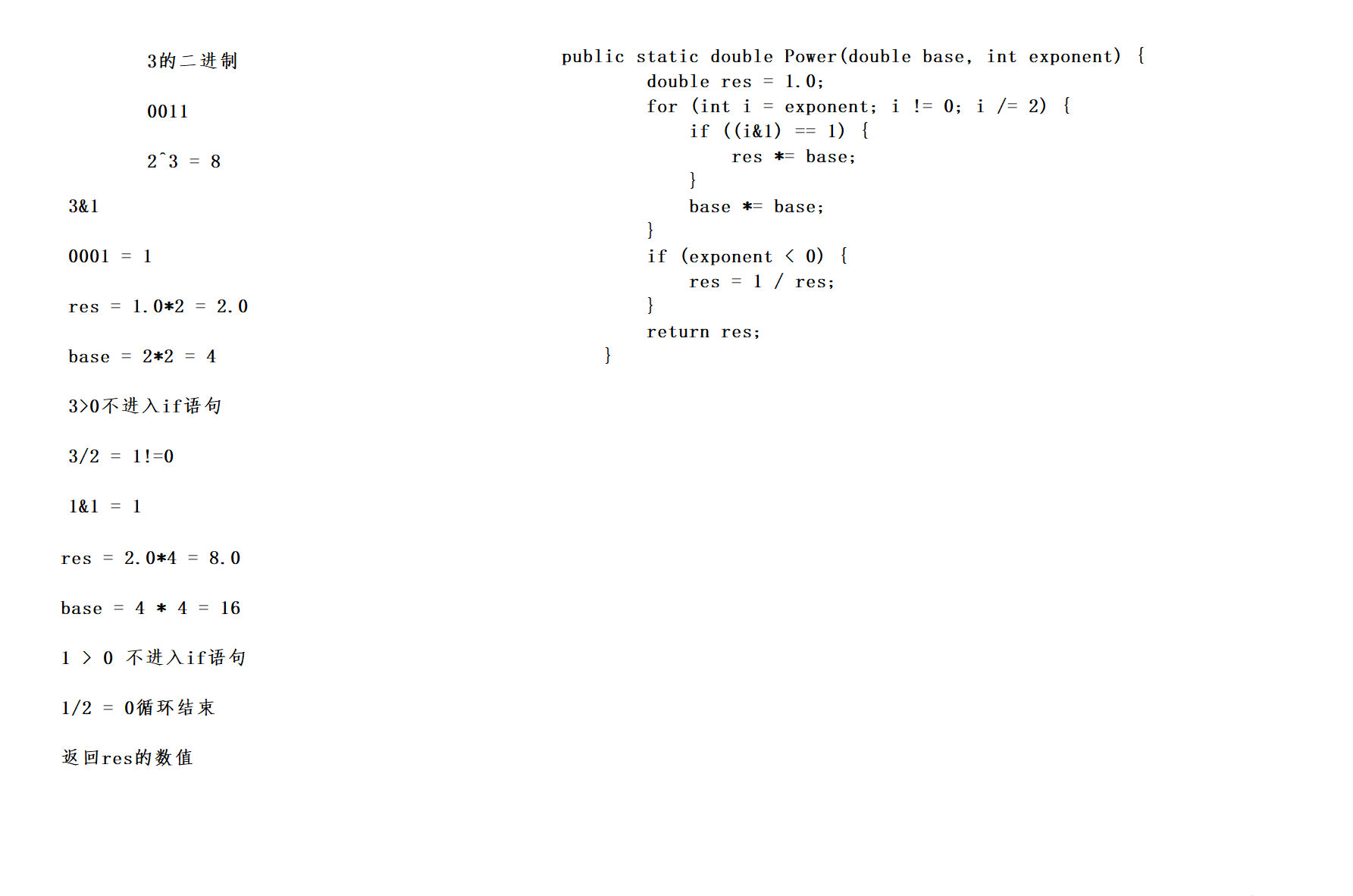 Demand analysis: this problem requires us to print out two numbers that only appear once in the array

❓ Let's simplify the problem first: think about how to find out if there is only one number in the array?

❗ ️   Because the subject has requirements for time complexity, simple array traversal + counter can not be applied to this subject

👉 So here we use the bitwise operator: bitwise XOR (^)

The result of bitwise XOR of two identical numbers is: 0

👉 Based on these two conclusions, we can draw a conclusion that if we need to print the numbers that appear once in the array, that is, use the first element of the array to cycle back and press the elements of each array after the XOR, so that the final result of the XOR is the number that appears only once

The code is as follows: (an element that appears only once in the array)

👉 The result is the number that appears only once in the array: 1

❓ We know a number that only appears once. What about the two that appear once?

Requirements analysis: let's not use any multiplication and division operators, keywords and judgment statements

❓   Thinking: how to solve the problem?

👉 Answer: use bitwise operators to solve: > >

Because the result of using the square formula is a floating-point type, one-step forced type conversion is required here

These five questions are related to the bit operation in the sword finger offer. The blogger has just started to brush the questions. If there is any problem with the code, please contact the blogger at any time. If you are helpful, please click three times. Thank you for your support!!!!