El upload uploads pictures. When the picture upload is completed and the picture address (server address) transmitted from the back end is obtained, the upload component is hidden and the picture is displayed:

The front page cannot directly display the picture of a certain location in the local computer, and an error of Not allowed to load local resource will appear:

Why can I access it directly under the public directory?

eggjs is a more functional and standardized koa

When using koa, you need to write a project, add a lot of middleware into it, and write a script to load all routes under the routes folder and all sequential models under the model folder. Koa is only a skeleton, and the rest is completed by you. It has a high degree of freedom, but a low degree of integration. Every time you create a new project, you have to do a lot of repetitive work. egg.js encapsulates a set of KOA, which can be understood as a gift package version of KOA. It has a high degree of integration. It can easily create a project without doing a lot of cumbersome initial work and liberate productivity. What's more valuable is that there is a set of ready-made specifications provided to us. We don't need to explore a set of specifications ourselves, such as where to put router, controller and service, Which are placed in the service, etc. 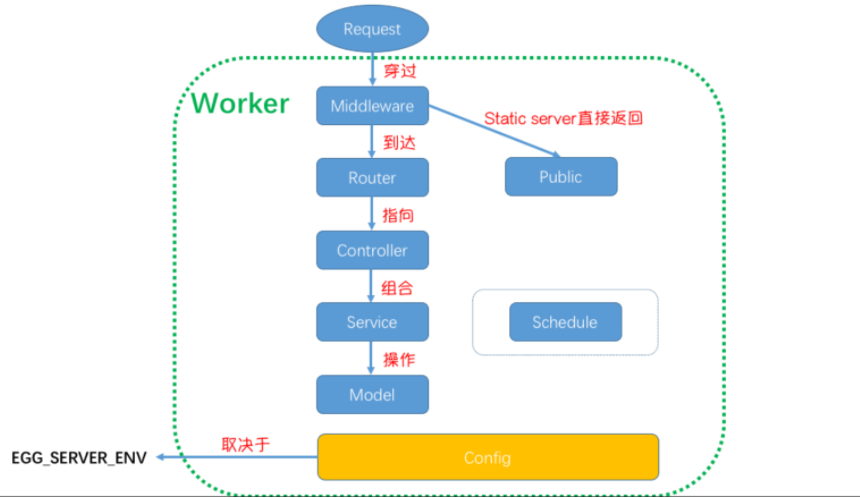 All components in the green dashed box form a Worker, which is egg The process that actually executes code logic in JS is a node server.