The number of occurrences of 1 in an integer interval 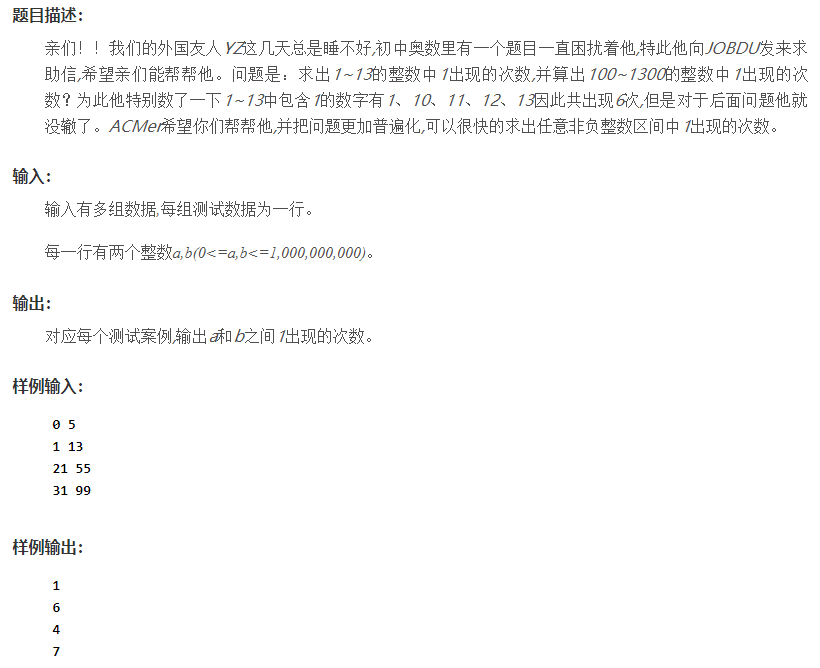 The schematic diagram of the whole process is as follows:

It should be noted that since the maximum input data required by the test system is 1000000000, int will overflow and long long will be used. In addition, a may be larger than b, but there is no explanation. It's a bit of a pit.