The way of thread interruption and the inappropriate scenario of vilotile

Usually, instead of manually stopping a thread, we allow the thread to run to the end and then let it stop naturally. However, there are still many special situations that require us to stop the thread in advance, such as the user suddenly closes the program, or the program restarts due to an error.

In this case, the thread that is about to stop is still valuable in many business scenarios. Especially when we want to write a program that is robust and can safely deal with various scenarios, it is particularly important to stop the thread correctly. However, Java does not provide the ability to stop threads directly and safely.

Why not force a stop? It's notification and collaboration

The most correct way to stop a thread is to use interrupt.
interrupt function: the function of notifying the stopped thread
Why is it just notification:
For the stopped thread, it has complete autonomy. It can choose to stop immediately, after a period of time, or not at all.

Why doesn't Java provide the ability to force threads to stop

Because if you don't know what the other party is doing, hastily forcibly stopping the thread may cause some safety problems. In order to avoid causing problems, you need to give the other party some time to sort out the finishing work. For example, when a thread is writing a file and receives a termination signal, it needs to judge whether to stop immediately or stop after successfully writing the whole file according to its own business. If you choose to stop immediately, the data may be incomplete. Neither the initiator nor the receiver of the interrupt command wants the data to have problems.

How to stop a thread with interrupt

How to use code to realize the logic of stopping threads.

Once we call interrupt() of a thread, the interrupt flag bit of the thread will be set to true. Each thread has such a flag bit. When the thread executes, it should be checked regularly. If the flag bit is set to true, it indicates that a program wants to terminate the thread. Back to the source code, you can see that in the while loop body judgment statement, first pass thread currentThread(). Isinterrupt () determines whether the thread has been interrupted, and then checks whether there is still work to be done&& Logic indicates that the following work will be performed only when the two judgment conditions are met at the same time. 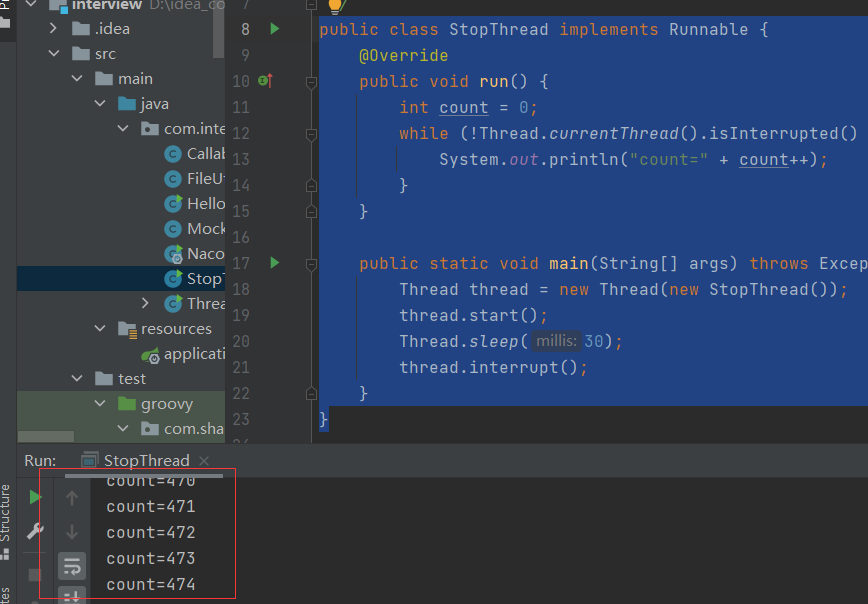 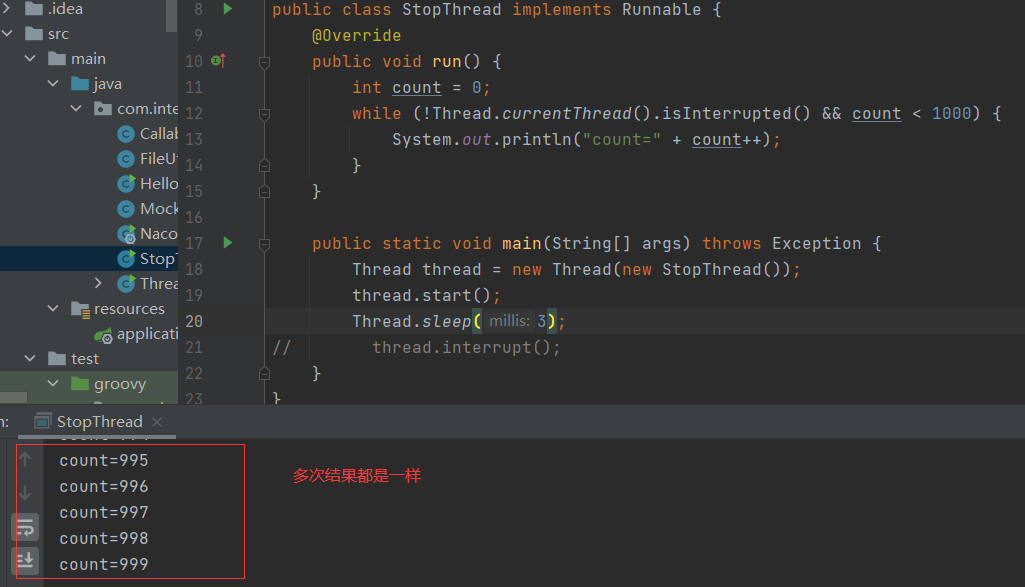 Can you feel the interruption during sleep

Why is the stop method of marking bits with volatile wrong 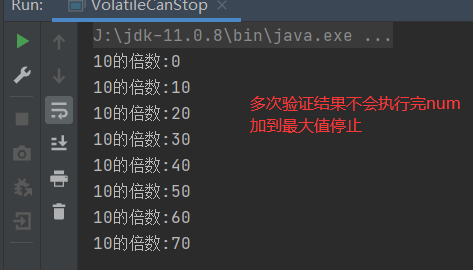 In the above code, the Runnable anonymous thread is used, and then the while loop is carried out in run(). Two layers of judgment are carried out in the loop body. First, judge the value of the cancelled variable. The cancelled variable is a Boolean value modified by volatile with an initial value of false. When the value becomes true, while jumps out of the loop, The second judgment condition of while is that the num value is less than 1000000 (one million). In the while loop body, it will be printed as long as it is a multiple of 10, and then num + +.

When the consumer no longer needs data, it will set the cancelled flag bit to true. In theory, the producer will jump out of the while loop and print out "the producer runs over". 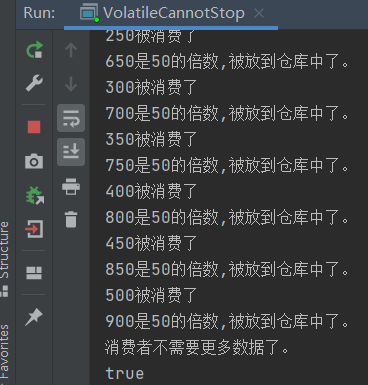