In the last article, we have learned about css. We know that css is actually a tool for finding corresponding tags and modifying the contents of tags.

We have learned about tags. How to find the tags you want to modify step by step has been learned in the selector of the last article.
When we modify each label, we will find that most of the time, the modification of a label (a layer of cake) is the same in its child label (the upper layer). If you keep repeating these tasks, you will be very stunned. Therefore, adhering to the idea that lazy people change the world, we can understand what inheritance in css is for.

Next, we only modify the background color of div without operating on the p tag. In the effect, the p tag inside div also has a yellow background

In the previous study, it can be noted that a label can be selected in many ways. When different selectors are used to select the same element and set the same style, there will be conflict. The final style defined by the selector is determined by the priority (weight) of the selector, and the one with higher priority will be displayed first.

The priority of the union selector is calculated separately
div , p , #p1 , .hello{}

You can add one at the end of the style! important, then this style will get the highest priority,
It will take precedence over all styles and even over inline styles, but try to avoid them in development! important

The colors of the web pages we see are colorful. In reality, painters can mix different colors to call out the desired colors, while in css, we can color the labels we want to dye through RGB function( RBG is a color system).

rgb() function: Syntax: RGB(red,green,blue)
In the rgb function, we need to pass in three parameters between 0-255, which represent the brightness of red, green and blue lights. Through the mixing of different brightness of these three lights, we can get what kind of color we need

In the example, you can see that in addition to writing numbers directly, the rgb function also supports passing in percentages.

The third method is another css method to represent color: Hex color

In addition, you can also assign values through color names: red, blue and yellow

In addition, css has many ways to adjust the color, but at present, it is enough for us to master the rgb function 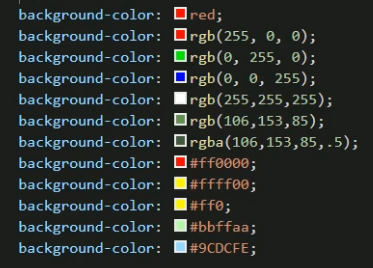 Pixel is a supplementary knowledge point, which can be skipped directly 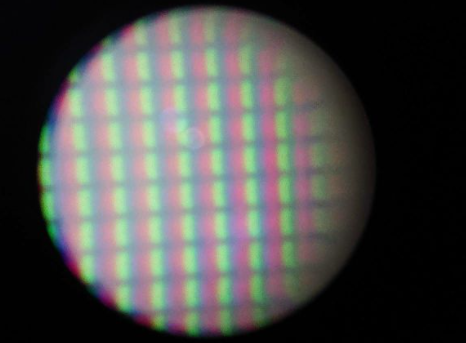 normal flow document flow
In the style inheritance part, we mentioned that the effect of label display can be regarded as a cake, and the effect is superimposed layer by layer. We can set styles for each layer through css, and users will only see the top layer of the display effect.
The lowest of these layers is called document flow (you can compare it to a cake tray)
Document flow is the basis of web pages. The elements we create are arranged in the document flow by default

For us, elements, that is, tags, mainly have two states:

After a preliminary understanding of the concept of document flow, we will find that it is difficult to achieve beautiful pages like jd.com and Taobao just by stacking tags, and the next concept is the key to realizing beautiful pages and the cornerstone of css layout - "box model"

css sets all the elements in the page as a rectangular box in order to put the module in the specified position. As the name suggests, it is like a complete box in the real world, including four parts: margin, border, padding and actual content 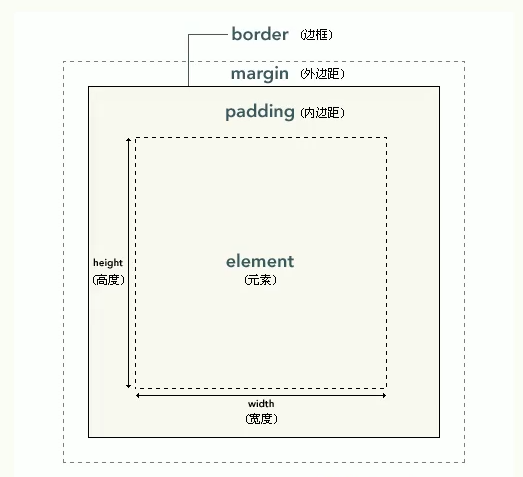 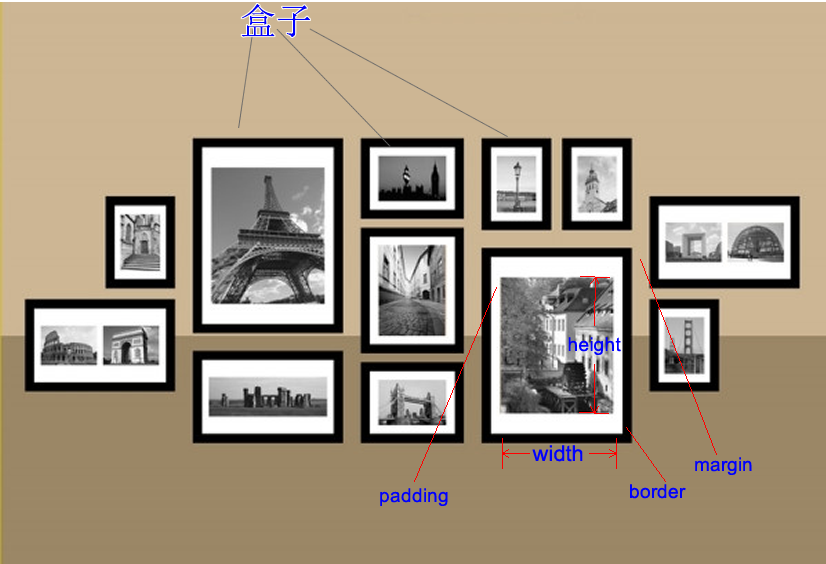 Border color sets the color of the border
Like width, color also provides styles in four directions, and colors can be specified separately

If only one border of the box is set, the border attribute can be realized through (border border border)

padding also has the attribute of abbreviation. You can specify the inner margins in four directions at the same time. The rules are the same as border width

As in the example below, when the upper margin is set for box1, box1 itself will move downward, and box2 will move with the exclusive row of block elements: 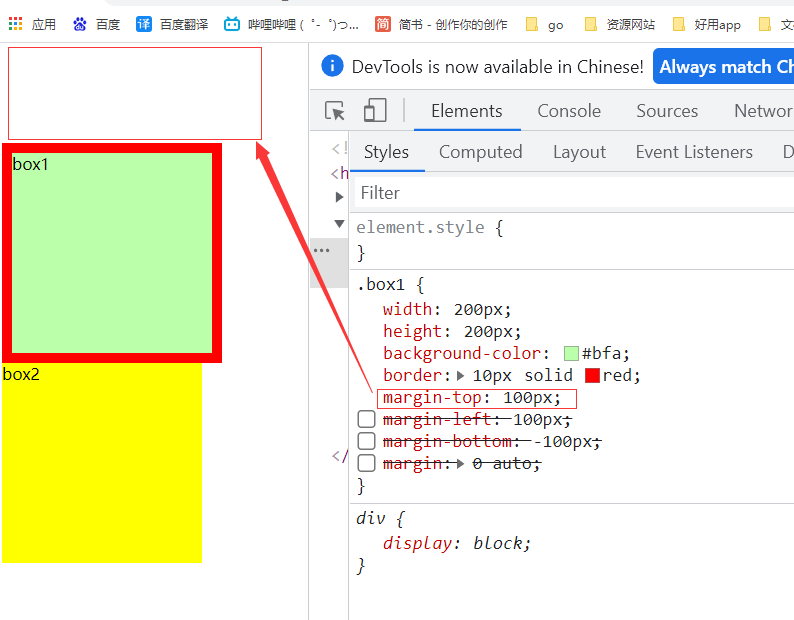 When we set the lower outer border, box1 itself will not move down, but box2 will move down: 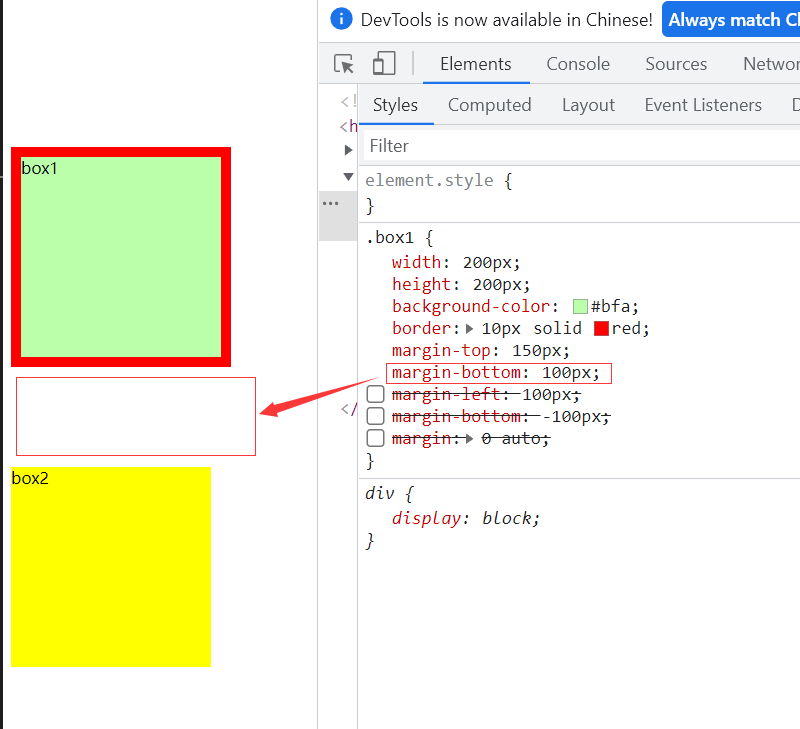 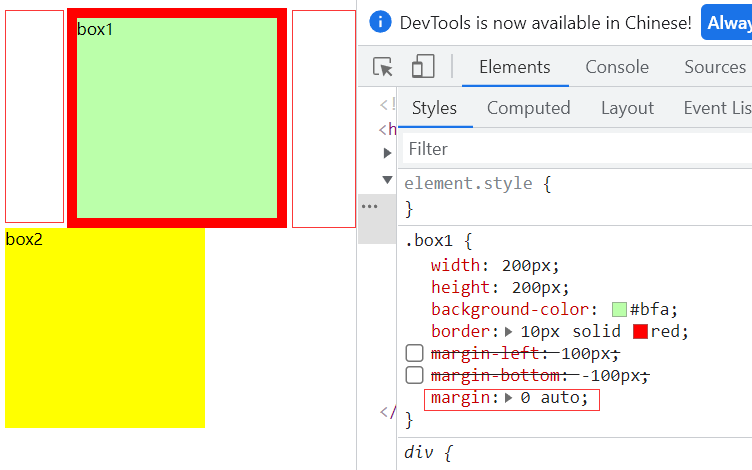 After learning all the attributes of the box, we can know which parts are composed of the position of an element label;

There are seven attributes in the horizontal direction:

The above equation must be satisfied for any element. If the equation is not satisfied, it is called transition constraint, and the browser will automatically adjust it
Three of the seven values can be set to auto
width (auto by default), margin left, margin right

The vertical direction also has many attributes, but it is different from the horizontal direction,

overflow-x and overflow-y handle the horizontal and vertical directions in the same way as overflow.

7. Box model of elements in the row, margin folding

There are a lot less places to set in-line elements and reference block elements. Sometimes we need to set the format of in-line elements. At this time, we can use display and visibility to achieve the desired effect 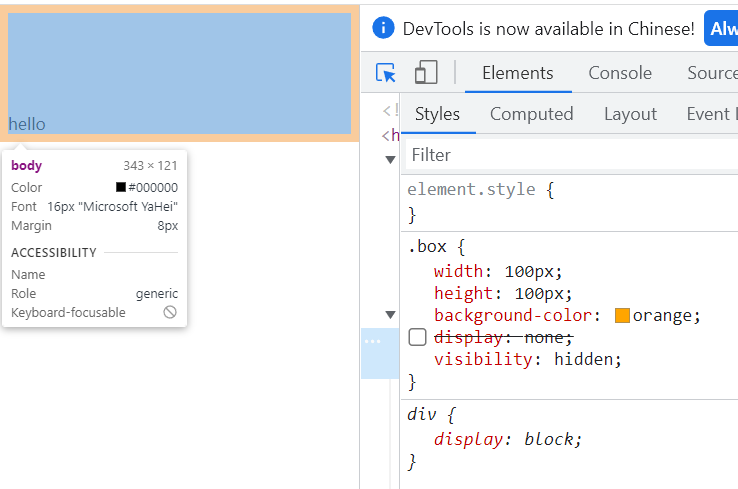 8. Remove the style and center the text

Shadows and outlines will not affect the page layout, but will appear above and below the original elements

Box shadow is used to set the shadow effect of elements. The shadow will not affect the page layout

As like as two peas, outline is used to set up the outline of an element. The usage is exactly the same as that of border. The difference between the outline and the border does not affect the size of the visible frame. 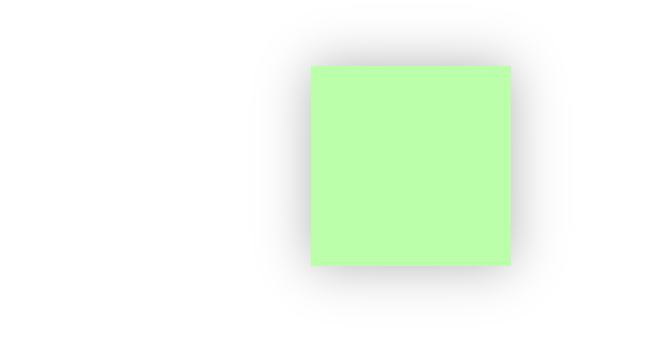 Border Radius Fillet sets the radius size of the circle. Border radius can specify the fillets of four corners respectively

You can also specify the fillet you want to set

When setting, you can also set the fillet to ellipse and separate the X/Y radius with / 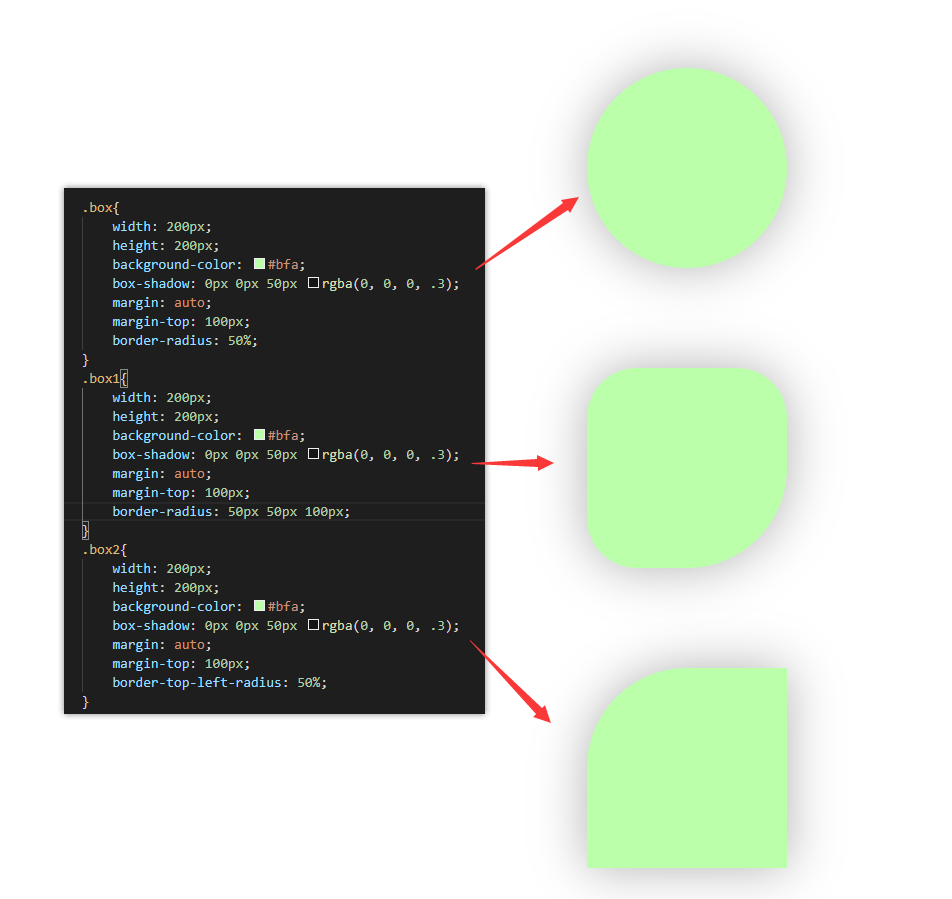