Encapsulation: it refers to a method that wraps, hides, and surrounds the implementation details of an abstract function interface. Data can only be accessed through a defined public interface.

Encapsulation can be considered as a protective barrier to prevent the code and data of this class from being randomly accessed by the code defined by the external class. Programmers can modify their own implementation code without modifying the program fragments that call their code. It can make the code easier to understand and maintain, and also strengthen the security of the code.

Through encapsulation, the information can be hidden, the internal structure of the class can be changed, the member variables can be controlled more accurately, and the reusability of the code is improved.

Encapsulating some details makes it impossible to access these details directly, which increases the difficulty of access and affects the efficiency of execution.

Note: this code refers to wing_ Of frgt10 Blog 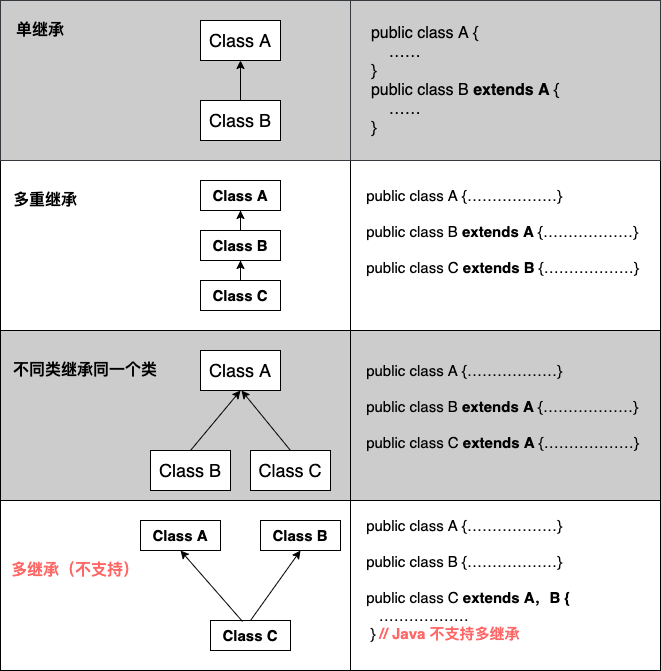 In Java, class inheritance is a single inheritance, that is, a subclass can only have one parent class, so extensions can only inherit one class.
In the above example, the extends keyword is used. There is no example here.

Using the implements keyword can make java have the feature of multi inheritance in a disguised way. If the scope of use is class inheritance interface, you can inherit multiple interfaces at the same time (the interface is separated by commas).
Examples are as follows:

(3) super and this keywords

It can be found that when d.eatTest() calls void eatset(), there are two different running results. This is because the meaning of this and super in void eatTest() is different from that of the calling method, resulting in the output of two different results.

Through this example, we can intuitively feel the difference between super and this keywords.

Final keyword declares that the class can be defined as the final class that cannot be inherited. The String class in Java is a final class. If the member variable or local variable is modified as final, the modified variable is immutable, that is, it is a constant.

(Note: the advantages and disadvantages of inheritance are extracted from _Jason_PC.) Blog)
● code sharing to reduce the workload of creating classes. Each subclass has the methods and attributes of the parent class;
● improve code reusability;
● the subclass can look like the parent, but it is different from the parent. "The dragon begets the dragon, the Phoenix begets the Phoenix, and the mouse is born to make a hole" means that the son has the "seed" of the father, "and" there are no two identical leaves in the world "means that the son is different from the father;
● improve the scalability of the code, and the method of realizing the parent class can "do whatever you want". You can't see that many extension interfaces of open source frameworks are completed by inheriting the parent class. 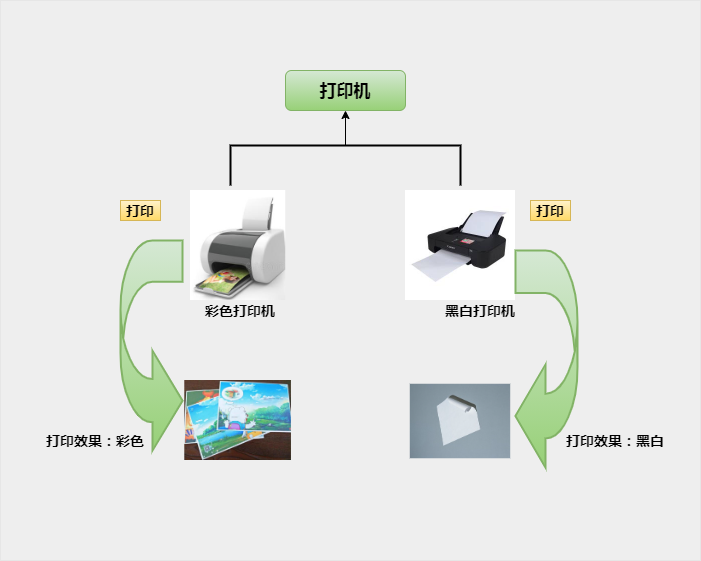 Both color printer and black-and-white printer print the same photo at the same time, but due to their different functions, they print out pictures with different effects. In daily life, the same dress and two different people wear it will have different effects for various reasons. In fact, these reflect polymorphism in essence.

Preconditions for use: a. inheritance of classes b. overriding of parent methods by subclasses
Usage: point to the object of the subclass through the reference of the parent class
(Note: this code comes from shuaiflying Blog)

By studying the three characteristics of Java, I have a preliminary understanding and understanding of encapsulation, inheritance and polymorphism, their implementation methods, and their advantages and disadvantages.