Hey, hey, ha ha, I haven't sat down for a long time and made up some notes. Usually, ECS is used to it. docker is installed with one command, but the untimely new computer room is not so lucky. How untimely is it? Not only does the server have no external network, but also there is no mobile network around a kilometer, To check a data, you can only walk kilometers away to search the network.

Don't fight unprepared War: I'm a rookie. Wouldn't it be even worse if such an environment was added? In order to successfully complete the deployment, I also fought hard. Ha ha, ha ha, I found a lot of installation materials about offline docker on the Internet. All kinds of fancy play methods are really contested by hundreds of schools. I searched and collected 1 mole of materials and went to the site with anxiety.

At the first sight of the server configuration, wow, this configuration is really luxurious. You are right, proper local tyrant. This is just the tip of the iceberg. Just ask you a question, extravagance or not. 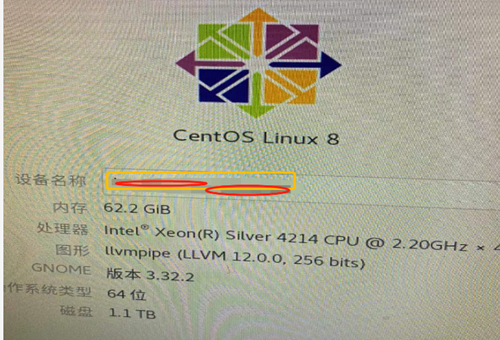 Fledgling and in a hurry: I started the first offline installation of docker with an uneasy heart. The first installation was steadily declared to have failed. According to the error, I rushed to find aunt Du kilometers away. After finding aunt Du, I repaired the old problems and new problems with full expectation. In this way, Docker still stubbornly couldn't get up after N rounds. It's time to get off work and fight again tomorrow.

Hahaha, after talking for a long time, haw has not entered today's theme. Hahaha, are you worried about me? Uh huh, OK, let me sort out and send out the notes of successful installation for your reference.

The download of Docker offline installation package is very simple. You can directly select your own appropriate version according to the following address:

But when choosing a specific version, give some suggestions: don't choose a version that is too low. The performance and other aspects of the low version are better than ideal. The version is too new and I don't know whether there is a problem with stability. Hahaha, do you think I'm too conservative? Uh huh, my starting point is that stability is the first point. I suggest choosing a version above 19, The above are purely personal narrow views. Please forgive me if you offend me.

Upload the docker installation package prepared in the previous step to the offline server. I am used to uploading it to the directory: / home/installpack. If there are any requirements in the specific directory, operate according to my hobbies. 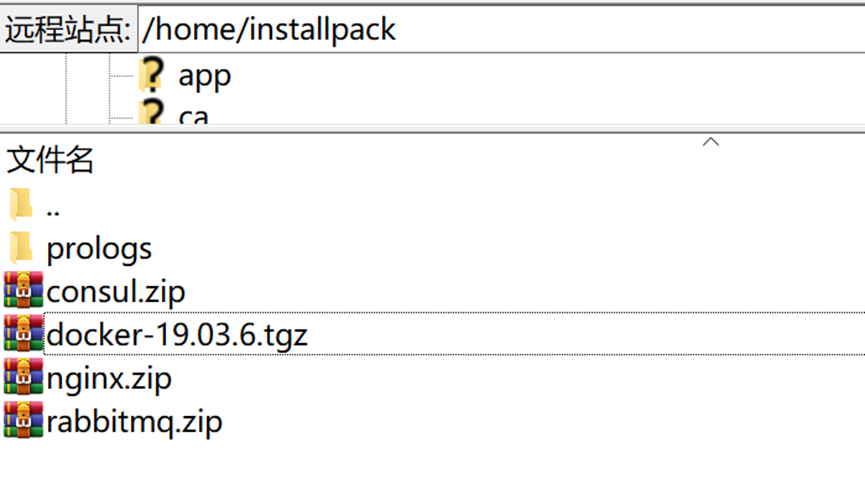 After the implementation, you will see a docker folder, and you will be successful. In this step, I believe it is difficult for everyone to think wrong. You won't be given a chance to be wrong.

The installation is also very simple. You only need to execute the following two commands:

You may not be so lucky at this step. If it is the first installation, I think you will continue to be smooth as before. As long as you don't report an error, you will succeed.

To test whether the installation is successful, just execute the following command:

The following interface is displayed. Congratulations. The first step of installation is successful, and the dawn is at hand.

Of course, you don't need to care too much about the meaning of these contents, or simply see whether the installation is successful. As long as there is no red word, everything is fine.

If you're wrong, don't panic. There's more below 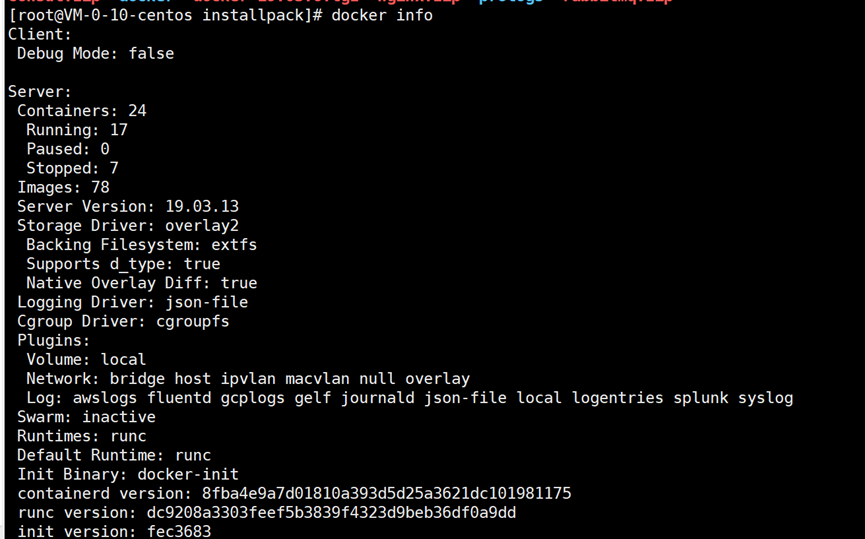 Whether an error is reported during installation or in the test results, it is an error. If it is wrong, please complete the rollback according to the following steps.

First of all, think about whether you have found the tutorial operations of other masters on the Internet. If so, you should first think about what operations you have done and restore them all. In particular, if you have modified some configuration files, does it make sense to think that a good memory is better than a bad pen.

Next, delete the installation file and execute the following commands:

After completing the above operations, you can execute the command of installation + test again. If repeated execution is unpleasant for many times, I suggest you can take out the problem repair killer: restart the server

3. Set docker to serve the system

Create the containerd folder in the etc directory, and create containerd Service file. The relevant commands are as follows:

Where containerd The contents of the service file are filled in as follows (don't care what is configured in it, run first is the king, and have time to study slowly later):

Start the containerd service. The command is as follows:

Execute the above commands in sequence, and finally see the green [active (running)]. Congratulations on the successful startup of the containerd service configuration. If the service fails to start, it is the ultimate killer: try to restart docker first. If not, try to restart the server. Anyway, I didn't restart

Including docker The contents of the socket file shall be filled in as follows (I don't care what is configured in it, running first is the king, and I have time to study slowly later):

Start the containerd service and check whether it is normal. The command is as follows:

Execute the above commands in sequence, and finally see the green [active (running)]. Congratulations on the successful startup of the containerd service configuration. If the service fails to start, it is the ultimate killer: try to restart docker first. If not, try to restart the server. Anyway, I didn't restart

Including docker Fill in the following contents in the service file (don't care what is configured in it first, it's the king to run first, and then have time to study slowly):

Start docker Service, the command is as follows:

Execute the above commands in turn, and finally see the green [active (running)]. Congratulations, docekr Service configuration started successfully. If the service fails to start, the ultimate killer is to try to restart docker first. If not, try to restart the server. Anyway, I succeed only by restarting the server.

When I saw that docker was started normally, I felt uneasy about the environmental construction trip. The truth is.

At this step, congratulations on the completion of the offline docker. Let's briefly review the experience of this installation:

Don't be impatient: don't be eager for success. Follow the documents one by one

Good at taking notes: a good memory is not as good as a bad pen. Record your every step of operation, so as to facilitate subsequent withdrawal and summary

This sorting has no other purpose, but is a summary of environment deployment notes. If you are looking for it, it may help you a little. Isn't it a pleasure.

Well, this record is here see good by. There will be time to sort out and share the migration of relevant images in docker later.