"Transform" VS Code editor and write a plug-in together! 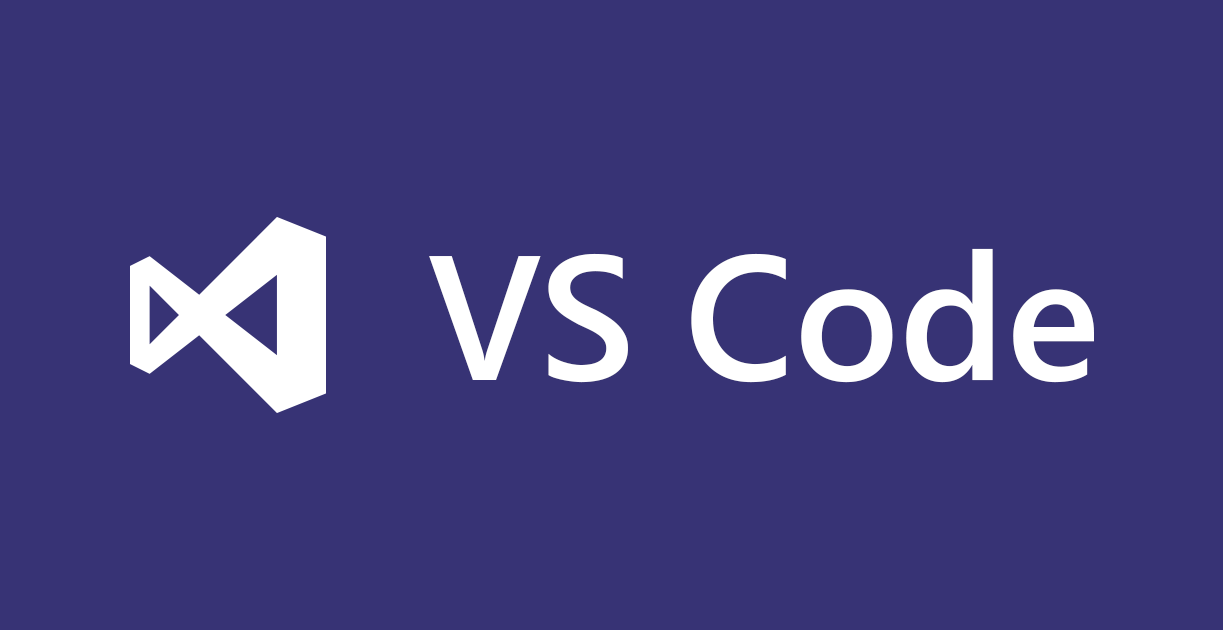 As a developer who relies on code as a "livelihood", whether the bug is written well or not, the editor is really important! Then the name Visual Studio Code will be familiar to you. As an old and powerful editor, its excellence is as follows:

The full name of VS Code Visual Studio Code is an open source editor of Microsoft, with GitHub superscript 115k (110000). It is written based on TypeScript, with a total number of code of more than 300000. It is a large well-known open source project.

Let's take a brief look at its product positioning first. It can be seen that the positioning of the project author belongs to a lightweight editor, so it is required to be lightweight, fast response, suitable for multiple languages and so on. The editing ability of VS Code comes from a software called monaco At the same time, in order to meet the needs of cross platform, Electron is introduced: a desktop application that uses JavaScript, HTML and CSS to build cross platform applications. 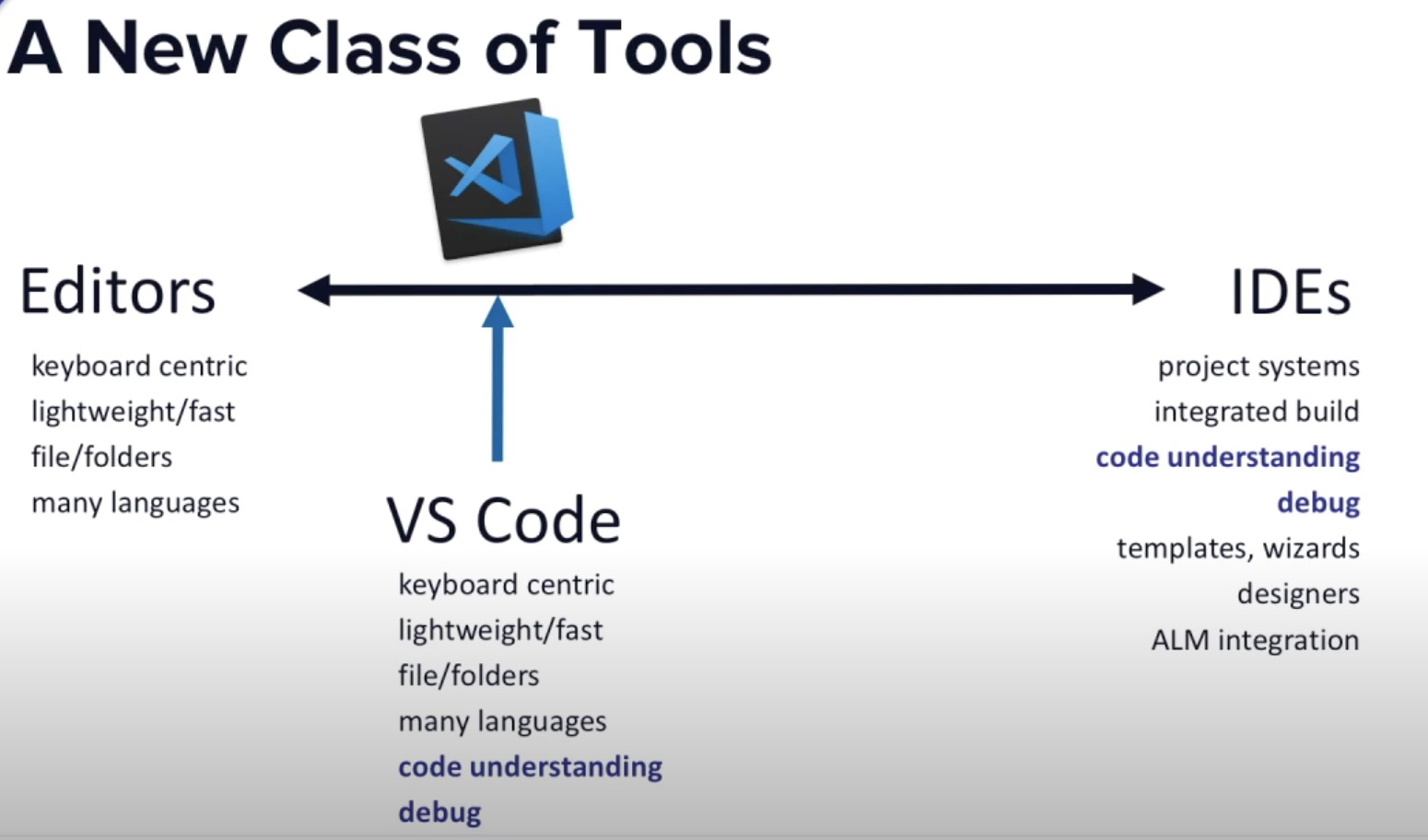 It is precisely because of the clear positioning and direction that there will be a clearer boundary. You may wonder how he supports multiple languages and is lightweight? Then we have to take a look at its multi process architecture. 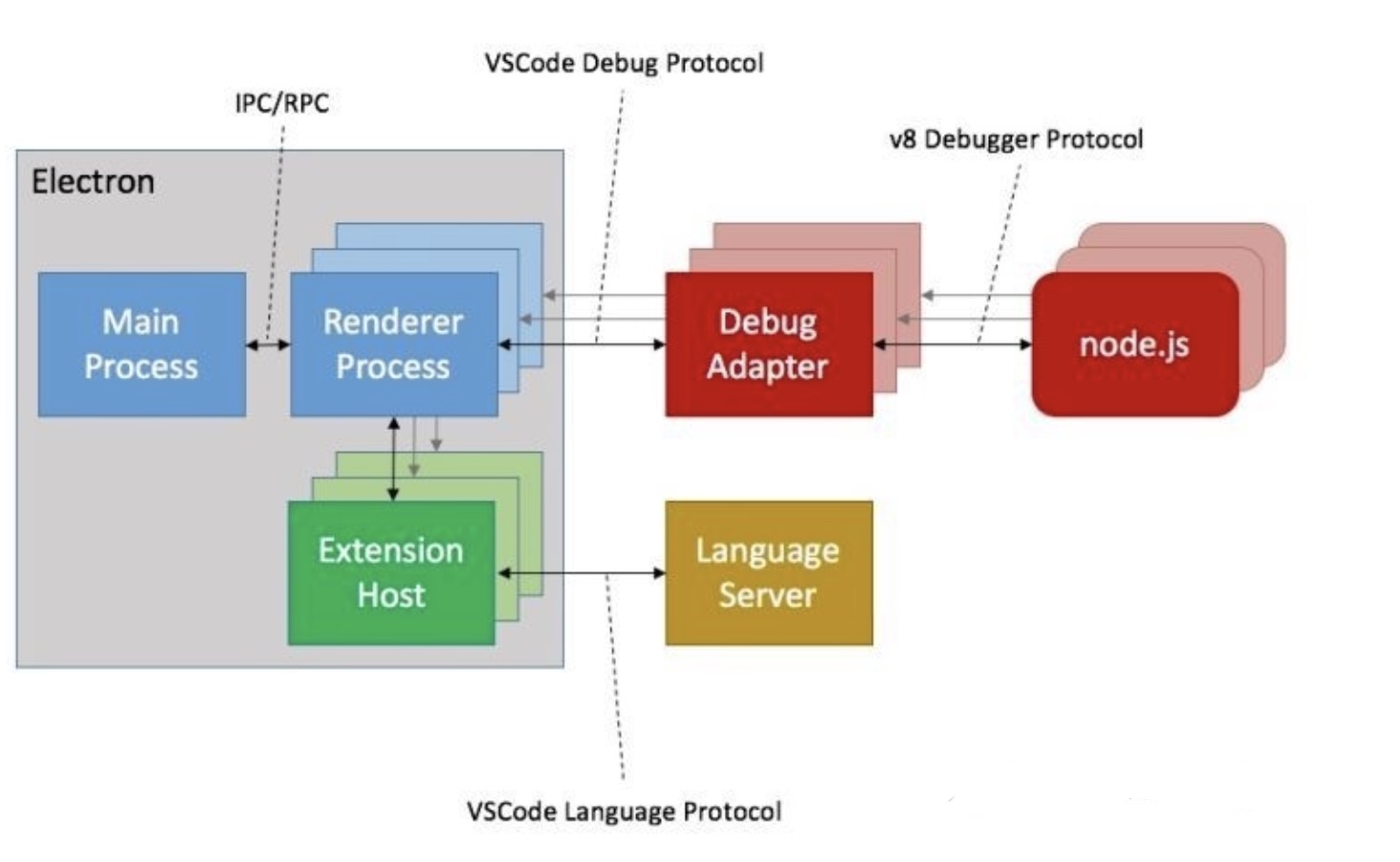 The core part is its plug-in system, which brings more personalized open source customization to the expansion of the editor. As long as you can find powerful VS Code plug-ins to combine together, your editor must be an advanced and efficient helper.

Let's take a look at the capabilities of VS Code that we can expand. 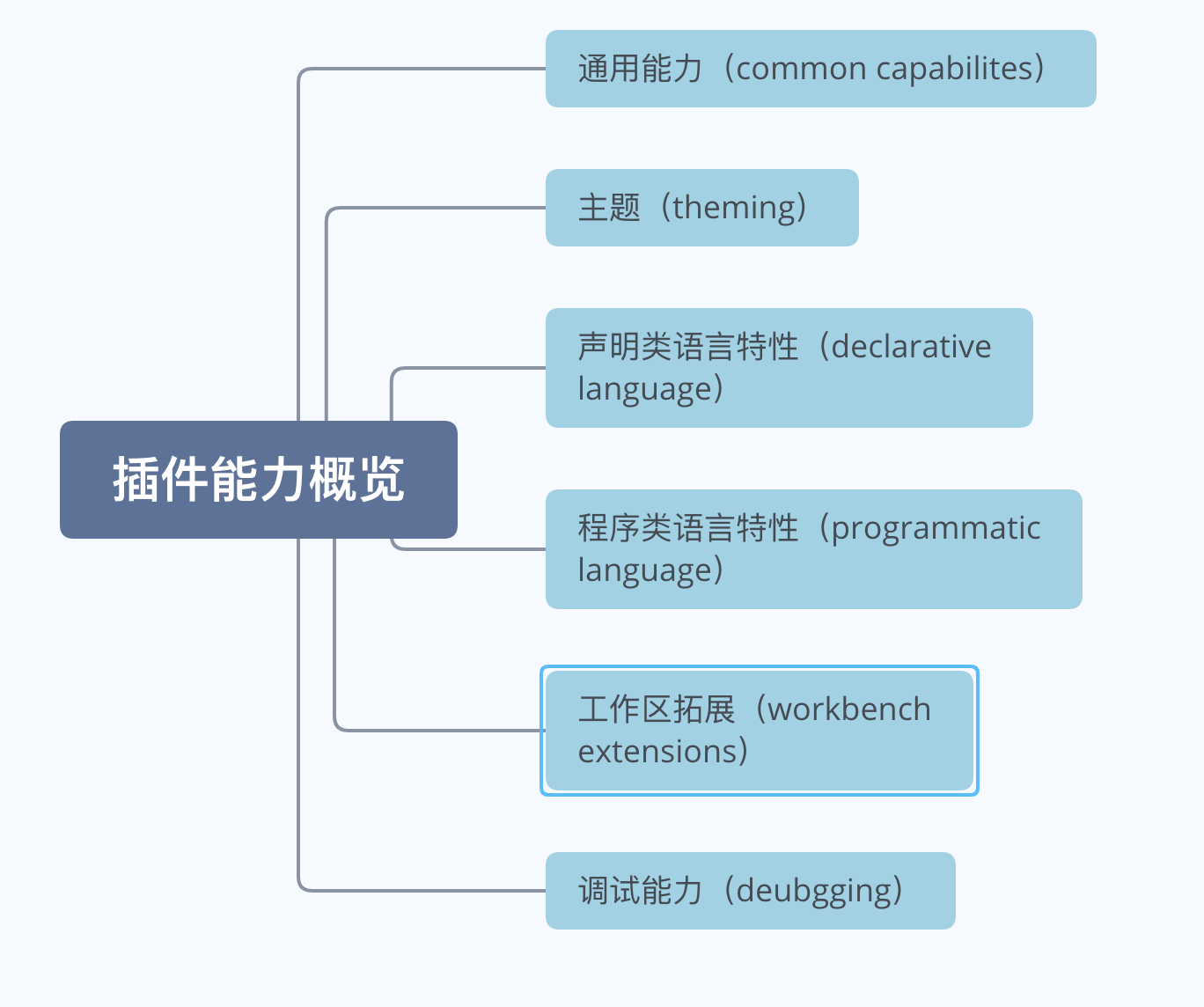 First, you make a Node.js and Git.

When you see the following information, the installation is successful:

After the dependent environment is well done, Yeoman will be used to help us quickly create the project structure! Many people may not be familiar with this scaffold. In short, Yeoman is a general scaffold system that allows the creation of any type of application. You can use it to quickly start a new project. So not only JavaScript, but also Java, Python and C can use it to generate projects, as long as there is a corresponding generator. Let's go to the next step and enter yo code on the command line. 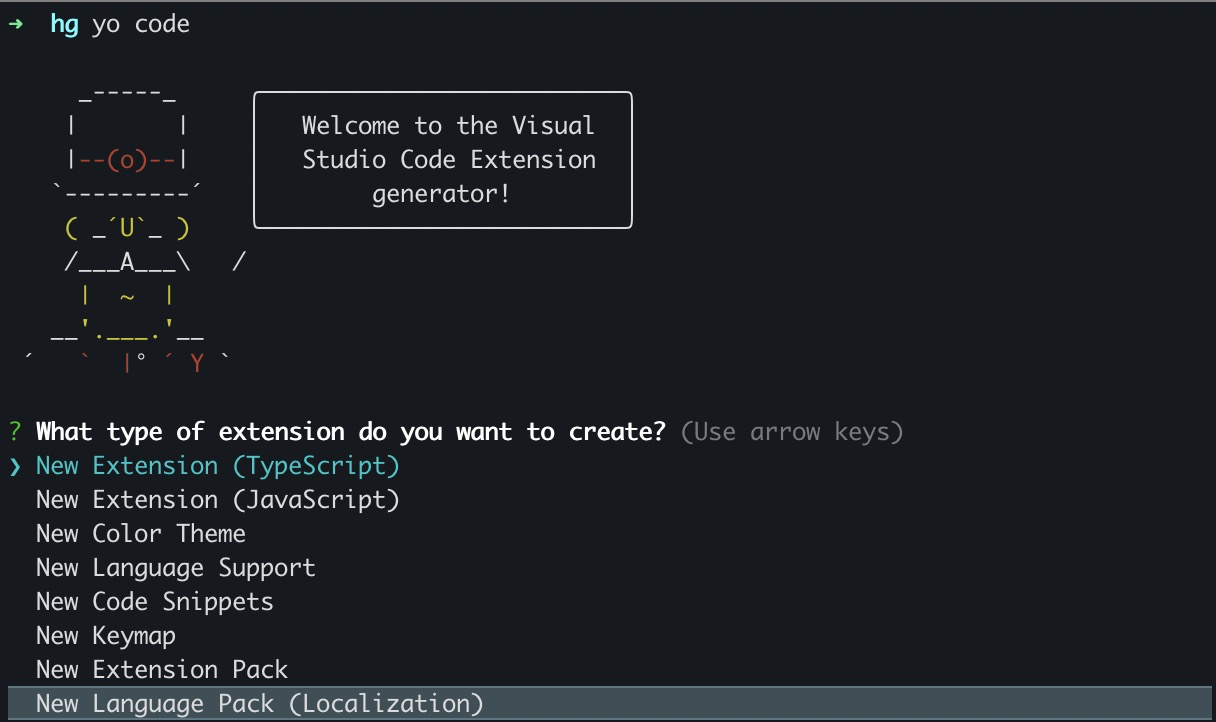 Let's analyze the meaning of these options, which is the same as the literal meaning, from top to bottom:

You can start with the first one that supports multiple types of plug-ins, so you can choose the first one that supports TypeScript and the second one that we recommend; If you don't want to write all kinds of troublesome type definitions and type verification, choose the second JavaScript. This time, we choose JavaScript for a simple introduction. Then you will need to fill in a series of initialization information as follows:

The notes are as follows:

4, Build a simple VS Code plug-in

The preparations in front are almost ready! Then we'll start driving the green train. 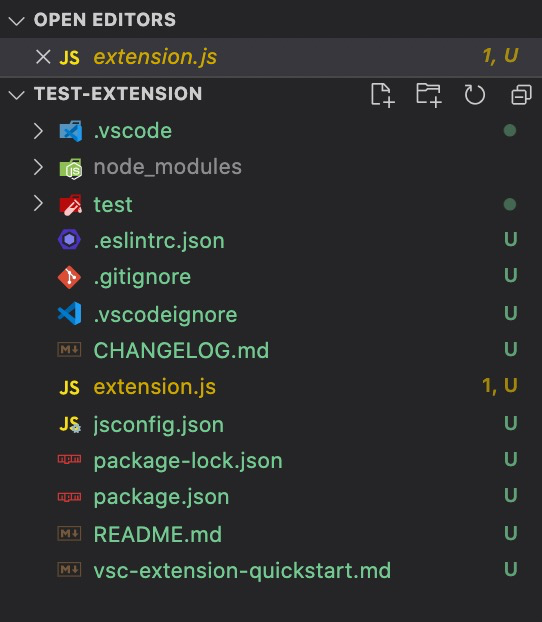 First, you can go to package In the JSON file, you can see the values you set in the previous step. The main meanings of each value in the configuration are as follows. Here is a small point. Note that if your VS Code is old and can not be updated, you can set the version of the following engines to a lower level, For example, I changed it to ^ 1.52.0 to ensure that it is compatible with the current VS Code Editor:

After getting familiar with the configuration, let's take a look at the plug-in's entry file extsnsion JS, which mainly has two main functions. One is activate, which indicates the processing when activating the plug-in. Generally, it is some initialization operations such as registration commands; The other is deactivate, which indicates the processing done when the plug-in is inactivated. In fact, you should have a sense of body when listening to the name. These are the two hook functions in the life cycle of the plug-in.

Let's analyze the above code. You can see that there is a command in registerComman. Does it feel like deja vu? Yes, it's up in package The command mentioned in JSON. Let's take it out and have a look:

Does this look intuitive? In package The value of command set in JSON is extension The value of registerCommand in JS. What do these commands mean? Let's run it together:

He will help you open a new VS Code editor, and the plug-in will only be loaded into this editor. Now we use the call shortcut (MacOS) command+p and enter & gt; Hello World (case insensitive):

Press enter and you will find that a prompt is output in an insignificant corner in the lower right corner: 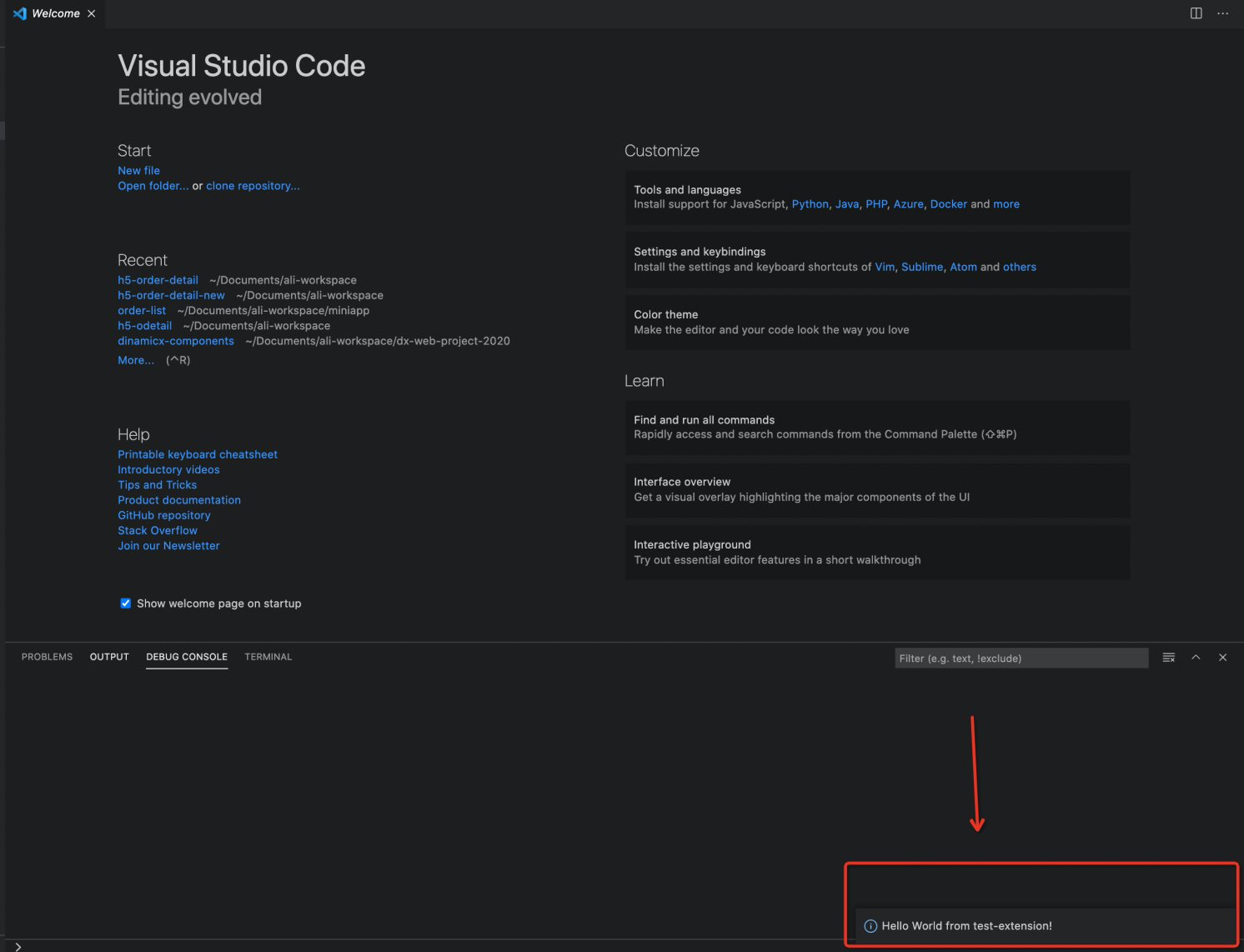 I believe that the smart code you combine must have realized it, right! I wonder if you have this question, the console above Where are you going? Don't worry. Let's go back to the editor of the plug-in code and take a closer look at the following. It will appear after we enter the above command, because it is in package In JSON, the activation time of the plug-in is oncommand: Test extension helloWorld : 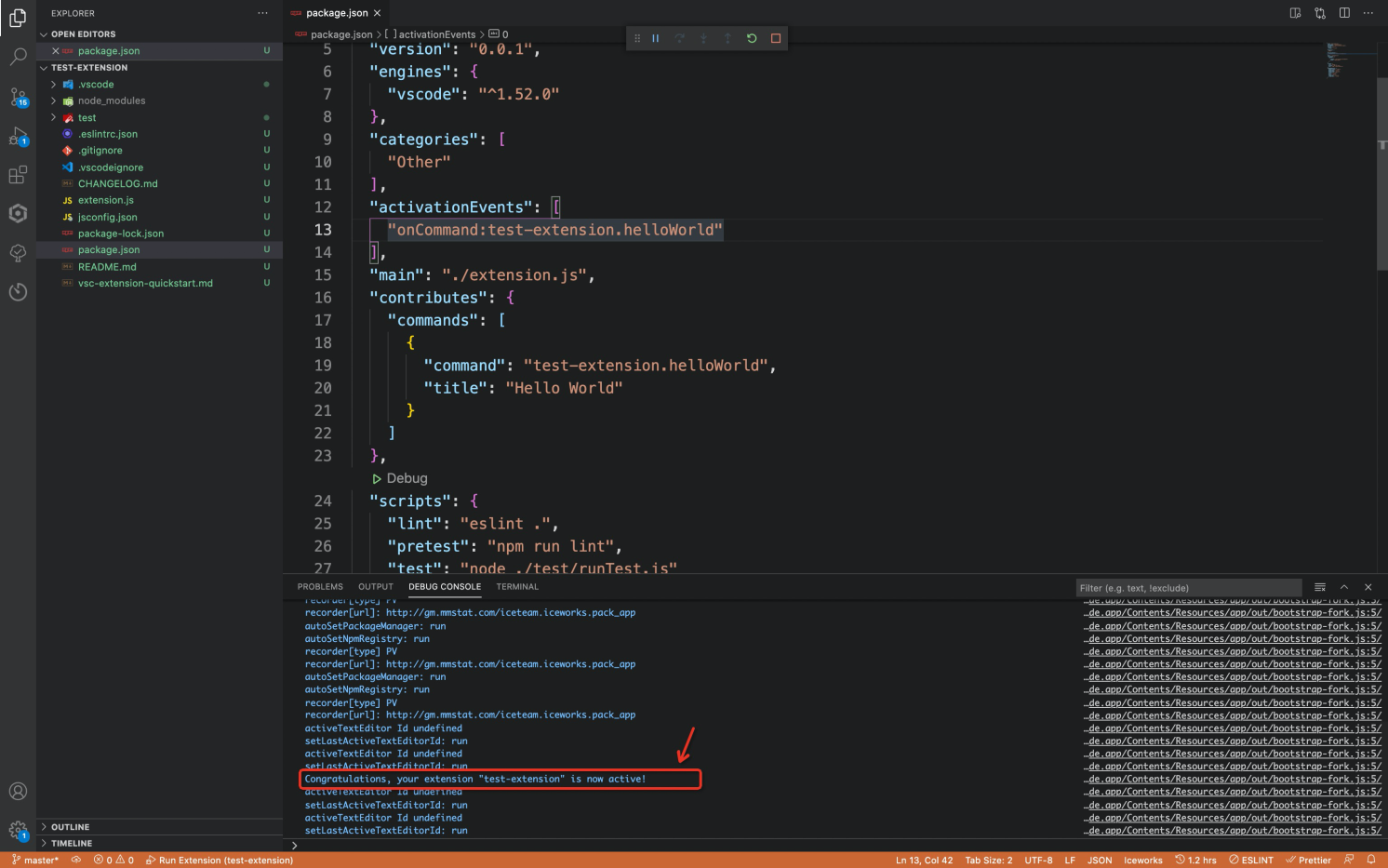 Now let's change the above code with the idea of "deliberate learning", such as changing test extension to test:

Follow the above trigger method again and find that it is still possible! So the name here is just a namespace. You can change it to any name you want to apply to the more complex plug-in system. Since it's a namespace, it's OK not to use this prefix.

5, Implement a plug-in of your own

After so much introduction, have you found that this system is not difficult. There are big guys paving the way in front. In fact, we just need to "fill in the blank" according to the rules. Now let's realize a small function - add a button and his click event.

Modify our package JSON is as follows. At present, I want the plug-in to subscribe to the button click event when it is loaded, so here we can change activationEvents to *, so that our plug-in can activate and register events at the beginning:

Then go back to our extension JS adds a simple message reminder:

Take a look at the effect: 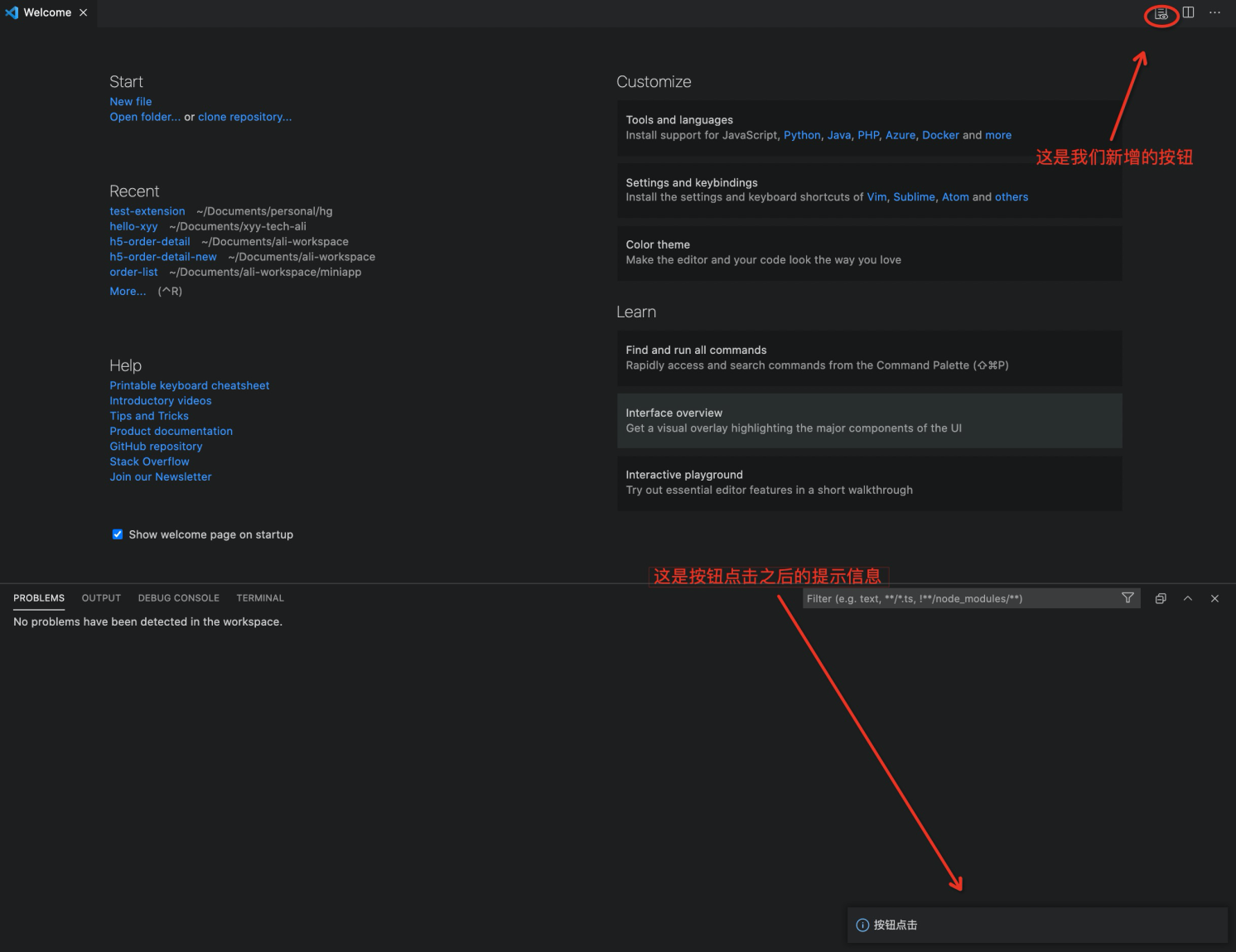 Is it easy to customize the style of VS Code? Now let's analyze what we do above. First, we modified the package The configuration in JSON adds a menu. What is this menu? The answer is the menu. The menu item definition includes the command that should be called when selecting and the condition (when) that the item should be displayed, so you can also add a display logic to the menu item display. For example, we specify that the button should be displayed only when the javascript file is opened:

The meaning of group is used to define the sorting and grouping of menu items. A diagram from the official website shows the order relationship between different groups. Of course, this menu is not the one we wrote above, but editor/context. Therefore, there are slight differences between groups in different menus, but they are almost the same, and the display priority of navigation is the highest:

We can also add this one to see:

The effect is the same:

If you're curious about the other menus, I've simply "translated" the contents of the official website (only the common menus are not all):

As can be seen from the above simple example, VS Code can not only support us to customize the desired commands, but also allow us to personalize the editor within the "limited scope". Why limit the scope? According to the official website, the current plug-in system has the following limitations:

The plug-in does not have the ability to access the DOM of VS Code UI. Therefore, you cannot apply custom CSS to VS Code or add HTML elements to the extension of VS Code UI. Such limitations are:

In fact, the learning area is still a small part of our learning system! Next time, let's go to the "declarative language feature" and wonder how the automatic prompt and completion in the editor are done?

There are more open source projects and treasure projects waiting for you to explore.