Computers can use random numbers to simulate various random probability problems in the real world. The programming language without random generator is not a "good language".

What is a true random number?

For example, when you flip a coin, you can't really predict the face of the next coin.

What is a pseudo-random number?

**Characteristics of pseudo-random number: * * since it is simulated by the algorithm, although it is unpredictable in a short period, the random number in a long period is predictable.

When generating pseudo-random numbers, you need to set random seeds. The role of seeds is to inject a dynamic variable into the generation algorithm of random numbers.

When selecting seeds, you can consider synthesizing multi-dimensional change values for operation. For example, in UNIX system, the system time, WIFI connection, and even the number of keyboard presses are quantified as seed.

The more reference indexes, the closer the pseudo-random number is to the real random generation.

Random module implements pseudo-random number generators of various distributions. Because of complete certainty, it is not suitable for all purposes, and it is not suitable for encryption purposes at all. The pseudo-random generator of this module should not be used for security purposes. For security or encryption purposes, you can use the secrets module in Python.

This makes it necessary to import the random module before

This is equivalent to choice(range(start, stop, step)), but actually does not build a range object.

Each run gets a random number from the list.

The optional parameter random is a parameterless function that returns random floating-point numbers in [0.0, 1.0); by default, this is the function random()

Depending on the floating-point rounding in equation a + (b-a) * random(), the end point b may or may not be included in this range.

More methods can be found in the official documents. 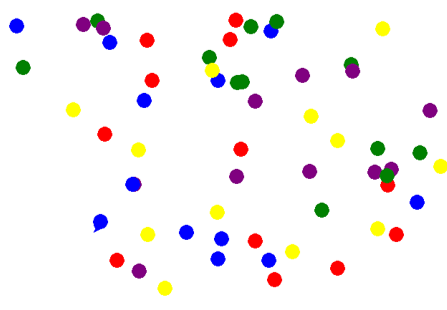 Problem solving idea: it can be drawn in combination with the turtle module, and the position of the random little turtle can be

This method is a calculation method based on probability and statistical theory. The problem solved is connected with a certain probability model, and the computer is used to realize statistical simulation or sampling, so as to obtain the approximate solution of the problem.

Suppose there is a circle with a radius of 1, as shown in the figure, the area of the shaded part (1 / 4 circle) in the figure is equal to 1 / 4 of the value. The approximate value of π is obtained by multiplying the shadow area of π by 1 / 4. 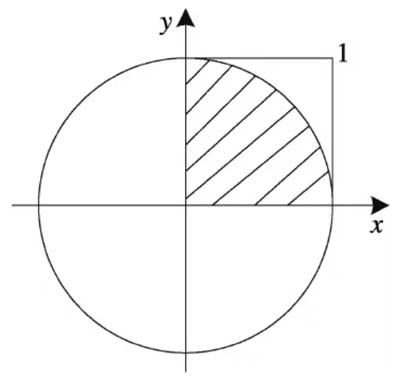 The more points you enter, the more accurate the approximate value of PI will be.

Random numbers can perfectly simulate various probabilities or random events in the real world. In addition to the random module, the random number generation of python can also use the methods provided in the numpy library.