Use of Git and its operation commands

Use of Git and its operation commands

2, Git work area and its process

1. Initialization and configuration of local warehouse 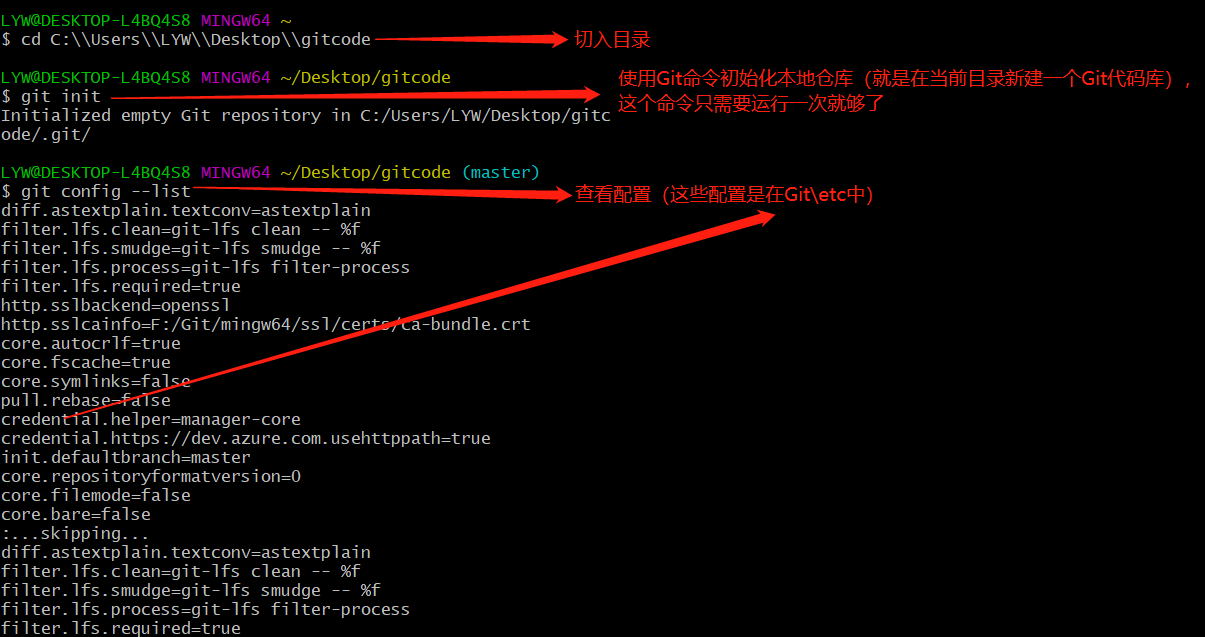 If you add a remote git repository (Remote Directory) in the, it can be divided into four work areas

The conversion relationship between these four areas is as follows: 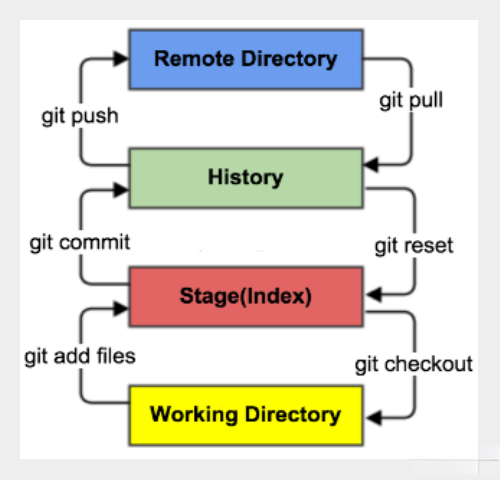 The workflow of git is generally as follows:

1. Add and modify files in the working directory;

3. Submit the files in the staging area to the git warehouse.

Example 3: We tracked the records of two text operations. How do we view the submitted records?

Example 4: if we want to go back to a version submitted earlier, and the text also goes back to that version, what should we do

The three local areas should be exactly the version pointed to by HEAD in git warehouse: 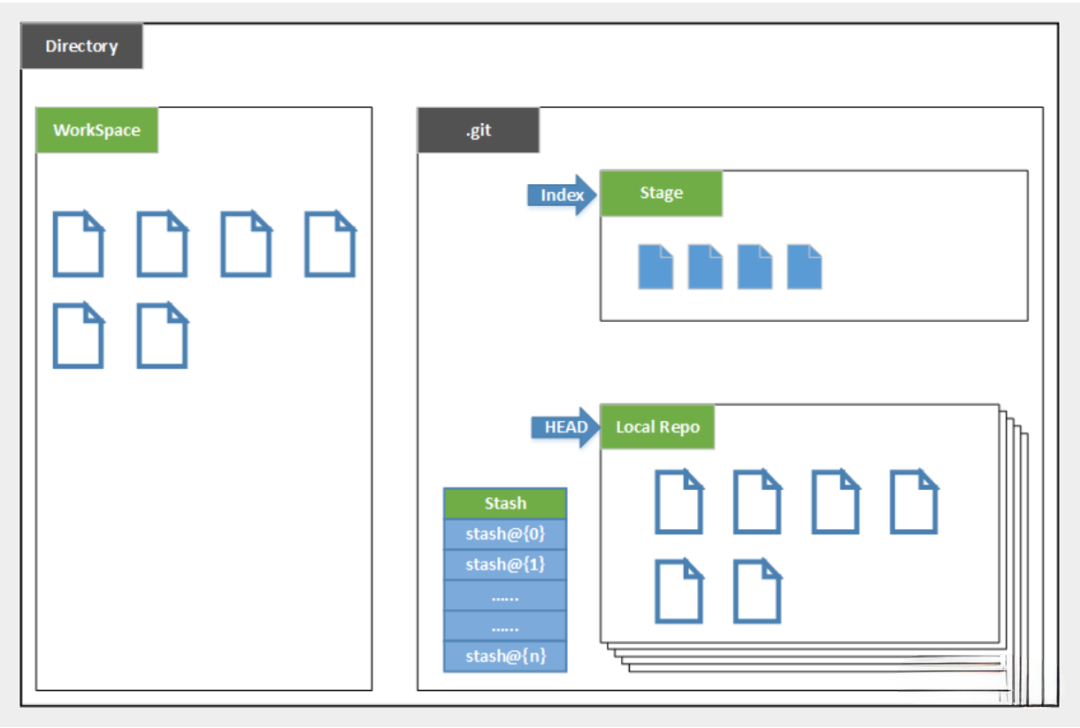 Workspace is generally the folder you want Git to help you manage. It can be the directory of your project or an empty directory. It is recommended not to have Chinese.

For daily use, just remember the following six commands:

Sometimes we don't want to include some files into version control, such as database files, temporary files, design files, etc

Create a ". gitignore" file in the home directory. This file has the following rules: