Recently, due to the needs of the project, the project needs to realize the function of websh connecting the terminal. Because of the first time to do this type of function, I first went to GitHub to find out if there is any ready-made wheel that can be used directly. At that time, I saw many projects in this area, such as GateOne, webssh, shellinabox, etc., which can well realize the functions of webssh, But it was not adopted in the end. The reason is that most of the underlying layers are written by python, which needs to rely on many files. This scheme can be used for its own use, which is fast and easy. However, when the project is used by users, users cannot always be required to include these underlying dependencies in the server, which is obviously unreasonable. So I decided to write a websssh by myself And open source as an independent project.

Because webssh needs real-time data interaction, it will choose WebSocket with long connection. For the convenience of development, the framework chooses spring boot. In addition, it also knows jsch of Java user connecting ssh and xterm.js of front-end shell page 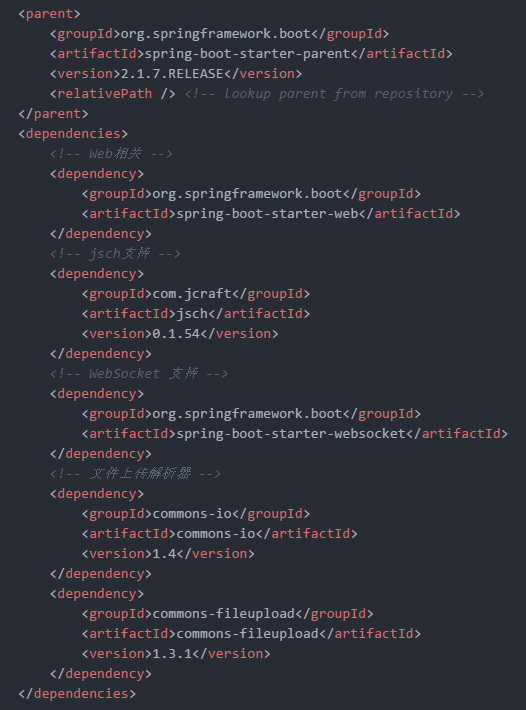 A simple case of xterm

Because xterm is a popular technology, many students do not have the knowledge support in this area. I also learned it temporarily to realize this function, so I will introduce it to you here.

xterm.js is a WebSocket based container, which can help us to implement the command line style in the front end. It's like when we usually connect to the server with SecureCRT or XShell.

Here is the introduction case on the official website: 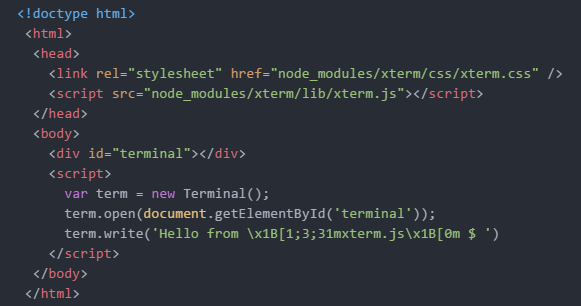 In the final test, the page looks like this:

You can see that the page has appeared similar to the shell style, so continue to deepen according to this, and implement a webssh.

Because WebSocket is needed for real-time message push to the front end, students who don't know about WebSocket can go to learn about it by themselves first. This is just a little more. Let's start to configure WebSocket directly. 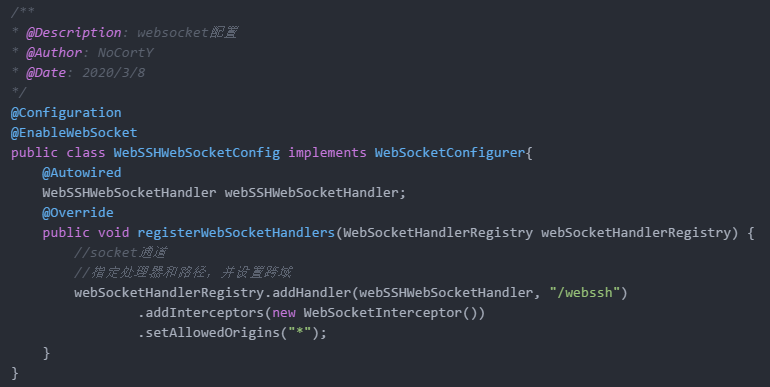 2. Implementation of handler and interceptor 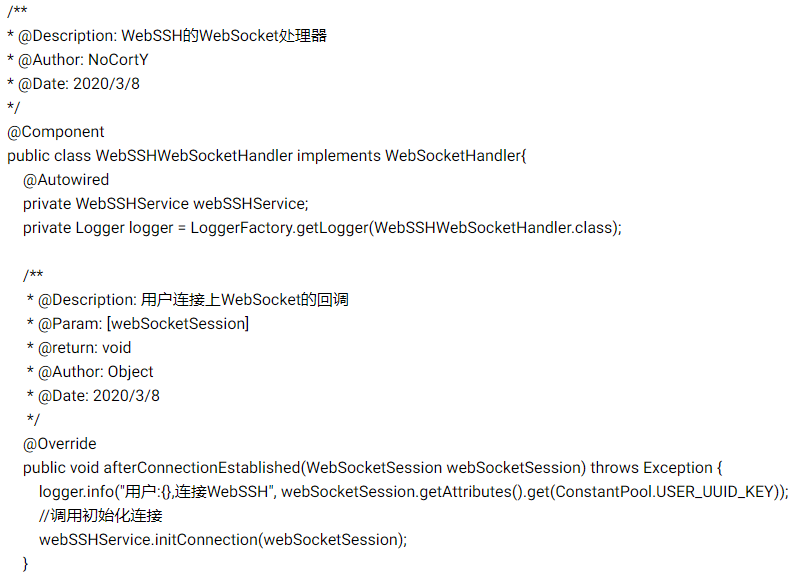 Just now, we have realized the configuration of websocket, which is all dead code. The interface can be realized according to our own needs. Now we will implement the main business logic of the back end. Before realizing this logic, let's first think about what effect we want to achieve with websssh.

Here I make a summary:

According to these four requirements, we first define an interface to make the requirements clear. 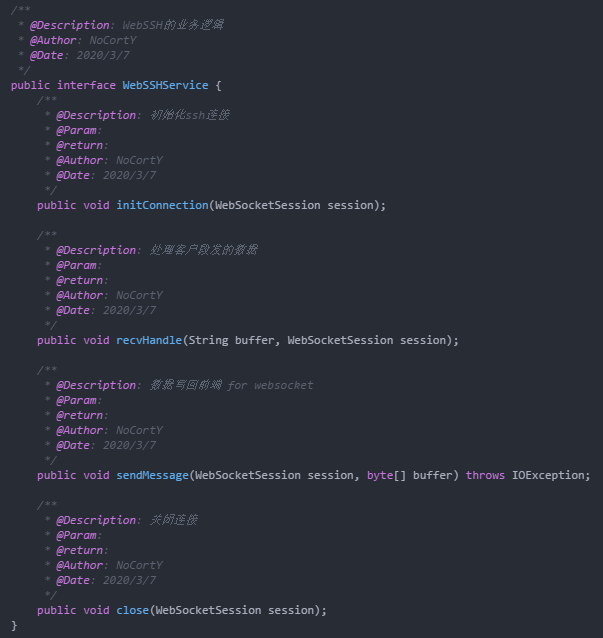 Now we can implement the functions we defined according to this interface.

Because our underlying layer relies on jsch implementation, we need to use jsch to establish the connection here. The so-called initial connection is actually to save the connection information we need in a Map, and there is no real connection operation here. Why not connect directly here? Because the front-end is only connected to WebSocket, but we need to send us the user name and password of linux terminal from the front-end. Without this information, we can't connect.

2. Processing the data sent by the client

In this step, we will be divided into two branches.

The first branch: if the client sends the user name, password and other information of the terminal, then we connect the terminal.

The second branch: if the client sends the command of the operating terminal, we will directly forward it to the terminal and obtain the execution result of the terminal. 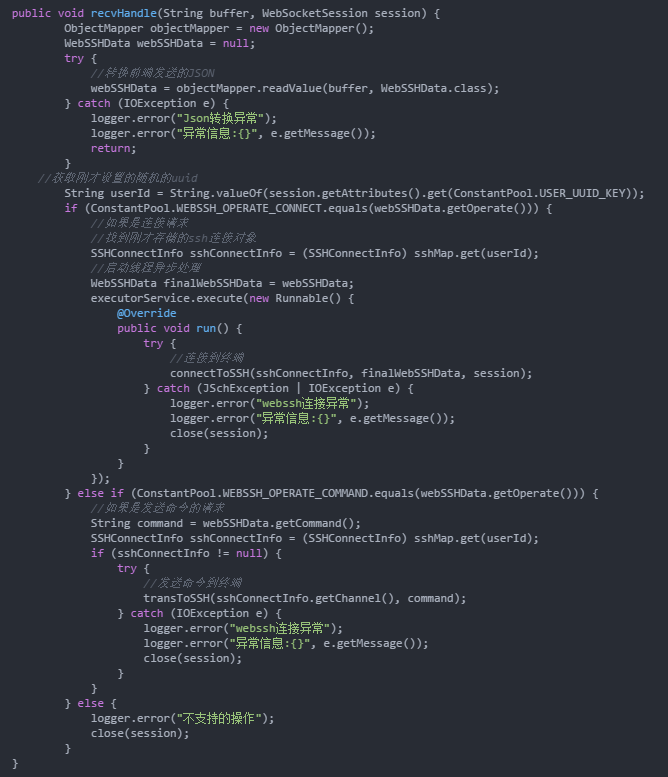 Data is sent to the front end through websocket

At this point, our whole back-end implementation is over. Due to the limited space, some operations are encapsulated as methods here, so we won't show them too much. Let's focus on the idea of logical implementation. Next we will implement the front end.

The front-end work is mainly divided into the following steps:

The implementation of the page is very simple. We just need to display the large black screen of the terminal on the whole screen, so we don't need to write any style, just create a div, and then put the terminal instance into the div through xterm. 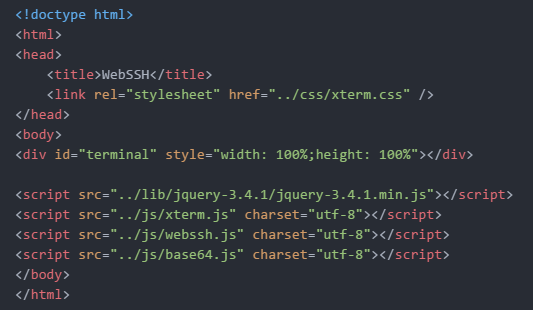 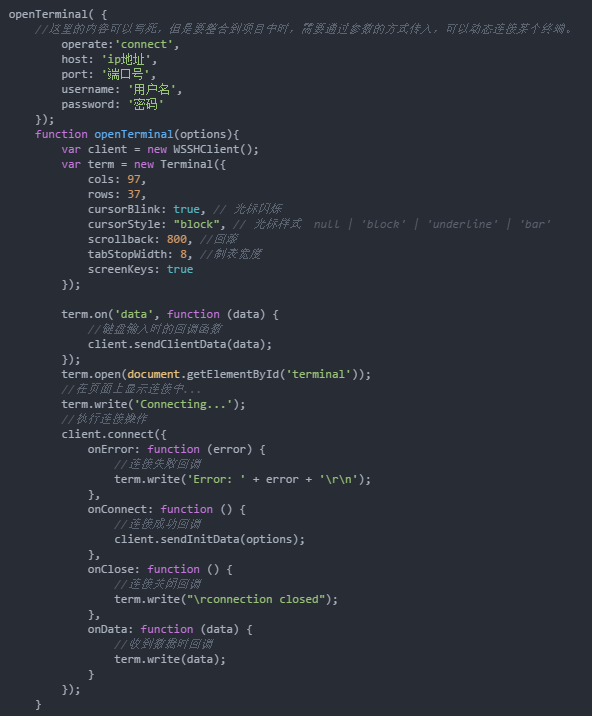 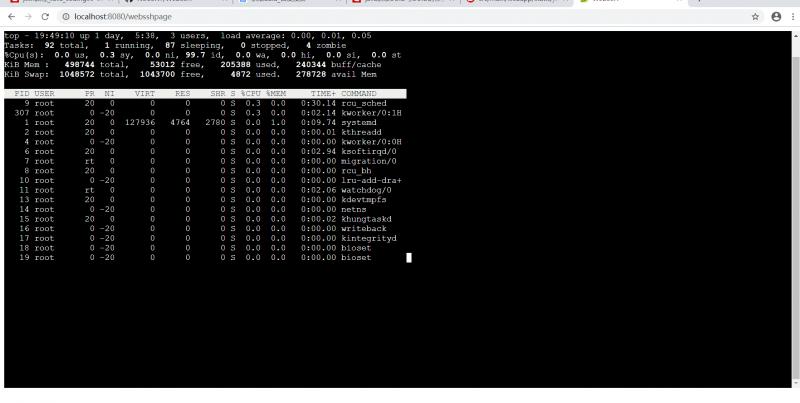 In this way, we have completed the implementation of a webssh project without relying on any other components. The back-end is completely implemented in Java. Because of the use of spring boot, it is very easy to deploy.

However, we can also extend this project, such as adding upload or download files, just like Xftp, which can easily drag and drop upload and download files.

After this project, I will continue to update, and the above functions will be implemented slowly. Github: https://github.com/NoCortY/WebSSH