The first thing to remember is that all VN The CTA policy classes (self-contained or user developed) in the. Py framework are subclasses implemented based on the CTA policy template class (CtaTemplate). The relationship between strategy class and template class is as abstract as concrete: according to the design drawings and technical specifications of cars, humans can build all kinds of cars.

Similarly, the CTA policy template defines a series of underlying transaction functions and logical paradigms of policies. According to this rule, we can quickly implement the policies we want.

In the policy variables list variables, you need to write the variable name string of the policy. Based on the content, the graphical interface will automatically render and display (updated when calling the put_event function), and the policy engine will call sync when the user stops the policy and receives the transaction return_ Data function, write the variable data into the cache json file in the hard disk for the recovery of policy state after program restart.

Constructor of policy class__ init__， CTA needs to be passed_ engine,strategy_name,vt_ The four parameters of symbol and setting correspond to CTA engine object, policy name string, target code string and setting information dictionary respectively. Note that the CTA engine can be a real offer engine or a back test engine, so it is convenient to realize a set of code to run back test and real offer at the same time. The above parameters are automatically passed in by the policy engine when using the policy class to create a policy instance. Users need not care about them in essence.

In the constructor, we also create a BarGenerator instance and pass in on_bar's 1-minute K-line callback function is used to automatically synthesize tick data into minute level K-line data (BarData). In addition, the ArrayManager instance is used to cache the K-line data synthesized by BarGenerator, convert it into a time series data structure convenient for vectorization calculation, and internally support the use of talib to calculate indicators.

At this time, the variable status in the policy instance is still the original data such as 0 or "". The user needs to click the [initialize] button on the policy management interface to call on in the policy_ Init function, which completes the operation of playing back the loaded historical data to the policy initialization variable state.

As you can see from the above code, the user is calling this on_ After the init function, the information is output in the log component of the CTA policy management interface, "policy initialization", and then the load_bar function provided by the parent class CtaTemplate is used to load the historical data. The CTA policy engine will be responsible for pushing the data to the initialization calculation of the variable state of the policy.

Notice here we load_bar, the input parameter is 10, which corresponds to loading 1-minute K-line data for 10 days. In the back test, 10 days refers to 10 trading days, while in the case of firm offer, 10 days refers to natural days. Therefore, it is better to load more days than too few. load_ The bar function is implemented as follows:

CtaTemplate calls the load of CtaEngine here_ Bar function to complete the loading and playback of historical data. Check for load in CtaEngine_ After the implementation of bar function, we can see two modes of historical data loading: first, try to pull from the remote server using RQData API, provided that the RQData account needs to be configured, and the market data of the contract can be found on RQData (mainly domestic futures), If the acquisition fails, it will try to find in the local database (the default is the sqlite database under the. vntrader folder).

As can be seen from the above code, the current time is obtained through the datetime module as end, and then the time of 10 days is subtracted as start for query. Pass all bar data obtained through the first step load_ Callback function on set in bar_ Bar to push the loaded K-line data to the CTA strategy.

After initializing the policy variables, you can start the automatic trading function of the policy. After clicking the [start strategy] button in the graphical interface, the CTA engine will automatically call on in the strategy_ Start function, and set the trading control variable of the policy to True, and the corresponding policy start log information will appear in the log component on the interface.

Note that put must be called here_ Event function to inform the graphical interface to refresh the display (variables) related to the policy status. If it is not called, the interface will not be updated.

After the automatic transaction is started, the CTP interface will push the Tick data once every 0.5 seconds, and then the event engine inside VN Trader will distribute and push it to our policy. The Tick data processing function in the policy is as follows:

Because it is a relatively simple double average strategy, and the transaction logic is executed on the K-line time cycle, after receiving the tick data, call the update of the bg object (BarGenerator) to which the policy instance belongs_ Tick to realize the automatic synthesis of 1-minute K-line data by tick:

update_ The Tick function mainly checks whether the current Tick data and the previous Tick data belong to the same minute to judge whether a new 1-minute K-line is generated. If not, it will continue to accumulate and update the information of the current K-line.

This means that the bar data of T minutes will not be generated until the first Tick of T+1 minutes is received. When creating the bg object, we passed in on_bar is used as the callback function after K-line synthesis, so when a new 1-minute K-line is generated, it will pass on_ The bar function is pushed into the policy.

The most important part of each strategy is the core transaction logic of the strategy:

After receiving the K-line data, that is, the push of the bar object, we need to put the bar data into the am (ArrayManager) time series container for updating. When there are at least 100 bar data, the am object is initialized (initialized becomes True).

After that, we call the talib library encapsulated inside the ArrayManager to calculate the technical indicators in the latest window, which corresponds to the MA index of the MA and the 20 window of our double average strategy, that is, the 10 window.

Notice the am here SMA is actually a further encapsulation of the SMA function in talib. In essence, it is used to calculate the arithmetic mean of the closing price of bar data:

Then determine whether to trigger the transaction logic by judging whether there is a dead Cross:

The specific delegation instructions have been encapsulated by the CTA policy template. on_bar function can be called directly:

Here, because the logic of our double average strategy is relatively simple, it is on_ There are no operations in order:

When the daily trading period ends (domestic futures generally close at 3 p.m.), you need to click the [stop] button in the CTA strategy interface to stop the automatic trading of the strategy.

At this point, the CTA policy engine will set the transaction state variable trading of the policy to False, cancel the delegate of all the active States issued before the strategy, and write the parameters in the list of policy variables to the cached json file, and finally call the on_ of the policy. The stop callback function executes user-defined logic:

Finally, using the mind map I made, take the double average strategy as an example to sort out VN Py for policy implementation and execution process: The course "vn.py all practical advanced" is newly launched, with a total of 50 sections, covering the complete CTA quantitative business process from strategy design and development, parameter back testing and optimization to the final real offer automatic transaction. At present, it has been updated to episode 8. For details, please stamp the course online: "vn.py all practical advanced"! For more information, please pay attention to VN The official account of Py community. 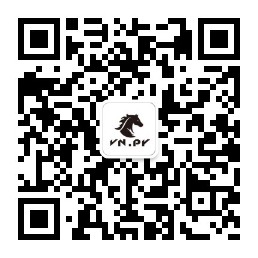