I usually read the source code, but I haven't summarized it systematically, so I'll take this opportunity to sort it out again; Not only the technical details of the source code; In the process from downloading the code to running the source code, there will be knowledge points and technologies we are not involved in or familiar with at every step, so try to bypass the analogy and explain them as much as possible; This is convenient for us to gradually form a technical system.

First, go to the github official website to download the vue source code; GitHub - vuejs/vue: 🖖 Vue.js is a progressive, incrementally-adoptable JavaScript framework for building UI on the web.

This warehouse is based on vue2 source code; The ecosystem is as follows: 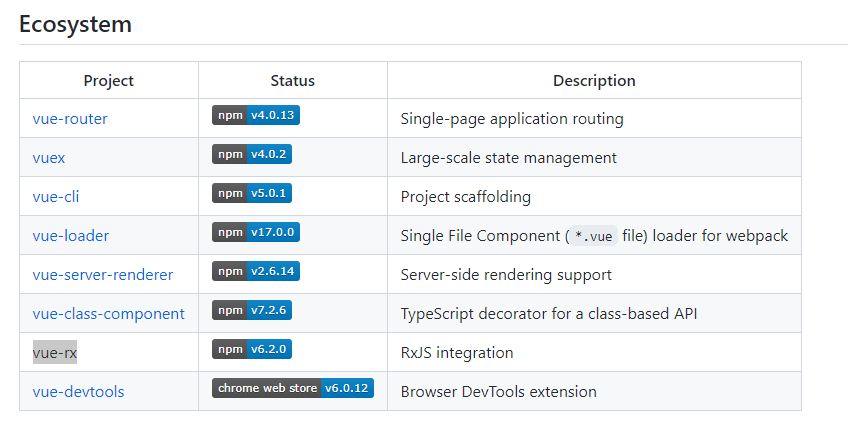 2.1 after downloading, open it directly with vscode 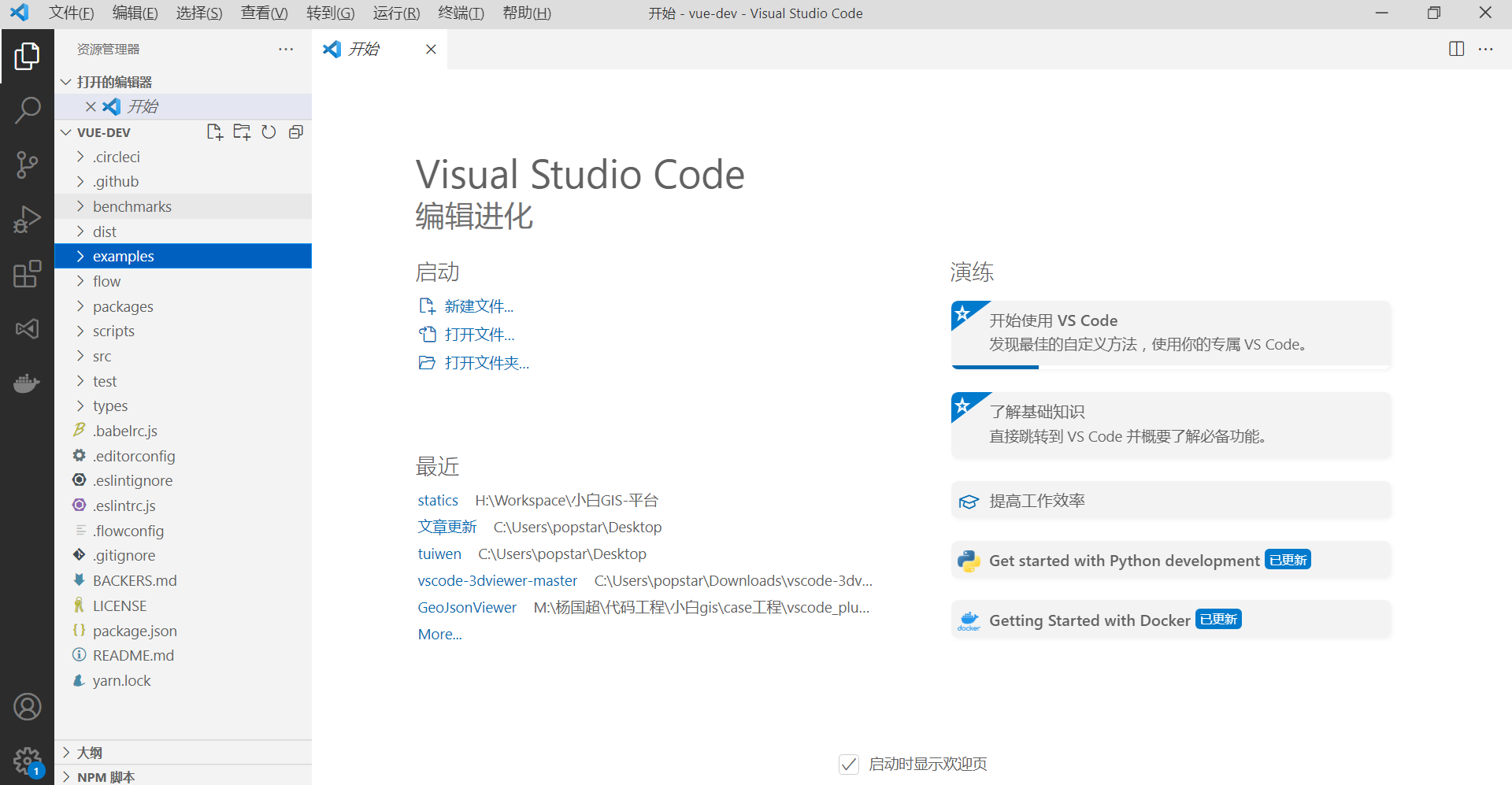 2.3. Take a look at the package scripts object in JSON 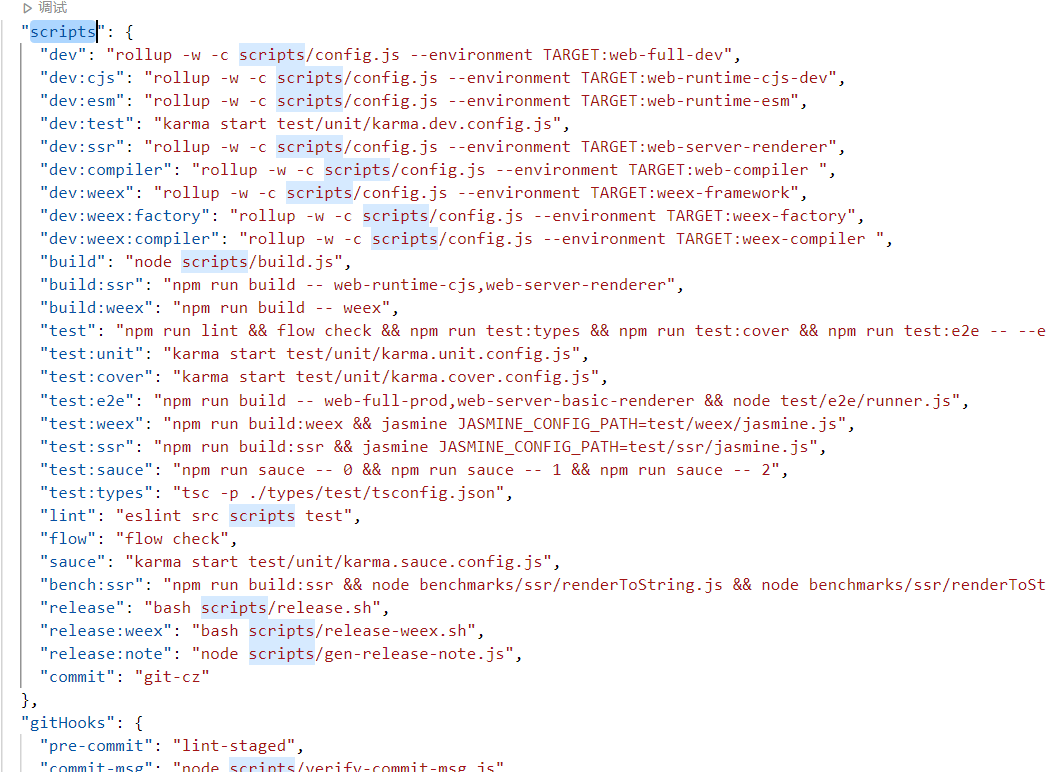 You can see that the compilation tool is rollup; Why do many open source projects choose rollup; Commonly used packaging and compiling tools include rollback, webpack and browse;

Rollup is a JavaScript packaging tool based on ES2015. It packages small files into a large file or more complex libraries and applications, which can be used for browsers and nodes JS. The most remarkable thing about rollup is that it can make the volume of packaged files very small. Compared with other JavaScript packaging tools, rollup always makes smaller and faster packages.

It is commonly said that webpack is used for application development; rollup for library development. It makes sense

Let's package the source code and see the effect

Let's write this first today and continue to summarize the records later;