This article mainly introduces how to use the $attrs and $listeners attributes added in Vue v2.4. It is introduced in great detail through the example code, which has certain reference and learning value for your study or work. Friends in need, please follow me to learn.

When multi-level component nesting needs to transfer data, the usual method is through vuex. If you only transfer data without intermediate processing, using vuex processing is a bit of a bull knife to kill chickens. Vue version 2.4 provides another method to use v-bind = "$attrs" to transfer the attributes in the parent component that are not considered props attribute binding into the child component, which is usually used together with the interitAttrs option. The reason to mention these two attributes is that the emergence of the two makes the cross component communication between components concise and business clear without relying on vuex and event bus. 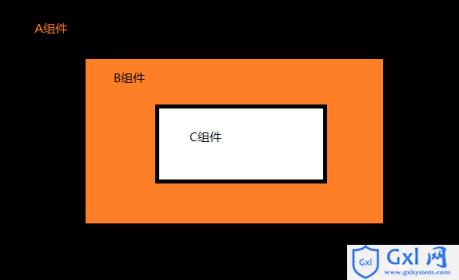 As shown in the figure above, components A, B and C are nested in turn. According to Vue's development habits, parent-child component communication can be realized in the following ways:

Often, the first method can be used when the data is only communicated between parent and child components without global.

As shown in the figure above, component A and component C belong to a cross multi-level component nesting relationship. In the past, if communication between them was required, it was often realized in the following ways:

Obviously, the first way is through props and $emit, which makes the business logic between components bloated. Component B only acts as a transit station. If the second Vuex method is used, it seems to be overqualified in some cases (just to realize a data transfer between components, not the concept of data sharing). The use of the third case is found in the actual project operation. If it can not achieve good event monitoring and release management, it is often easy to lead to confusion of data flow. In a multi person collaborative project, it is not conducive to project maintenance.

Contains v-on event listeners in the parent scope (without. native modifiers). It can pass in internal components through v-on = "$listeners" -- very useful when creating higher-level components.

By default, attribute bindings of the parent scope that are not recognized as props will be "rolled back" and applied to the root element of the child component as ordinary HTML attributes. When composing a component that wraps a target element or another component, this may not always behave as expected. By setting inheritAttrs to false, these default behaviors will be removed. The instance attribute $attrs (also added in 2.4) can make these features take effect, and can be explicitly bound to non root elements through v-bind.