Tiankeng began to look for internships. I'm not good enough. I'll sum up relevant knowledge while looking at other people's experience.

2.1 there are many li tags and the order is not fixed. How to change the last li with class b to red

Extension 1: what other common pseudo classes are there

2.2 there is a layout similar to a table. The border of each cell is 1px, and the border in the middle of adjacent cells is also 1px. How to achieve this? How to select a cell to highlight?

If the addition function cannot be realized locally, there are APIs provided by other teams:

Now we need to improve the api and use it to implement an add method to enable it to add multiple arrays.

Idea 1: use arguments to decompose multiple incoming parameters, and use reduce to send them into the api in turn for calculation and return the results.

4.1 front end performance optimization, (which can be realized in practice)

It's too late to see for the time being. Save it first. 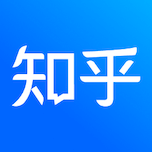 4.2 how to judge that the DOM has been operated when js is used to operate the DOM

MutationObserver - Web API interface reference the MDNMutationObserver interface provides the ability to monitor changes to the DOM tree. It is designed as a replacement for the old Mutation Events feature, which is part of the DOM3 Events specification.

Idea 2: use the browser queue feature

How do I monitor that DOM objects have been loaded_ Gan Huan's blog - CSDN blog_ How does vue judge the completion of DOM loading? In the process of using third-party plug-ins, we often need DOM to perform some operations after loading. If the plug-in provides such an event interface, everything is relatively simple, but in most cases, either the designer does not consider such a problem or does not design such an interface, what should we do at this time? One mistake that team members often make is to use if judgment, as follows: let DOM = document Getelementbyid ('yiifaa ') / / after DOM loading, execute the operation if(dom){

Vi Node.js, sql, mongodb and other backend are related to the database

VIII Python related (Django and so on?)