1 Why do I need WebSocket

WebSocket is produced to meet the growing demand of real-time communication based on Web.

In the traditional Web, in order to realize real-time communication, the general way is to send requests continuously by using HTTP protocol, that is, Polling.

However, this method not only wastes bandwidth (HTTP HEAD is relatively large), but also leads to the occupation of server CPU (accepting requests without information). 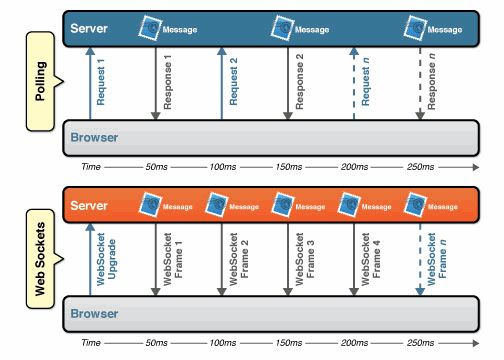 Using WebSocket technology can greatly optimize the problems mentioned above: 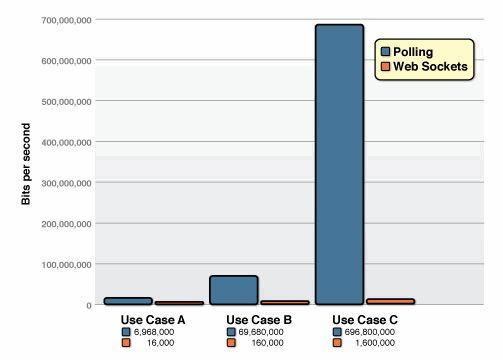 WebSocket protocol was born in 2008 and became an international standard in 2011. All browsers already support it.

It is a network technology for full duplex communication between browser and server, which is provided from HTML5. It belongs to application layer protocol. It is based on TCP transmission protocol and reuses HTTP handshake channel.

2.1 relationship among websocket, HTTP and TCP 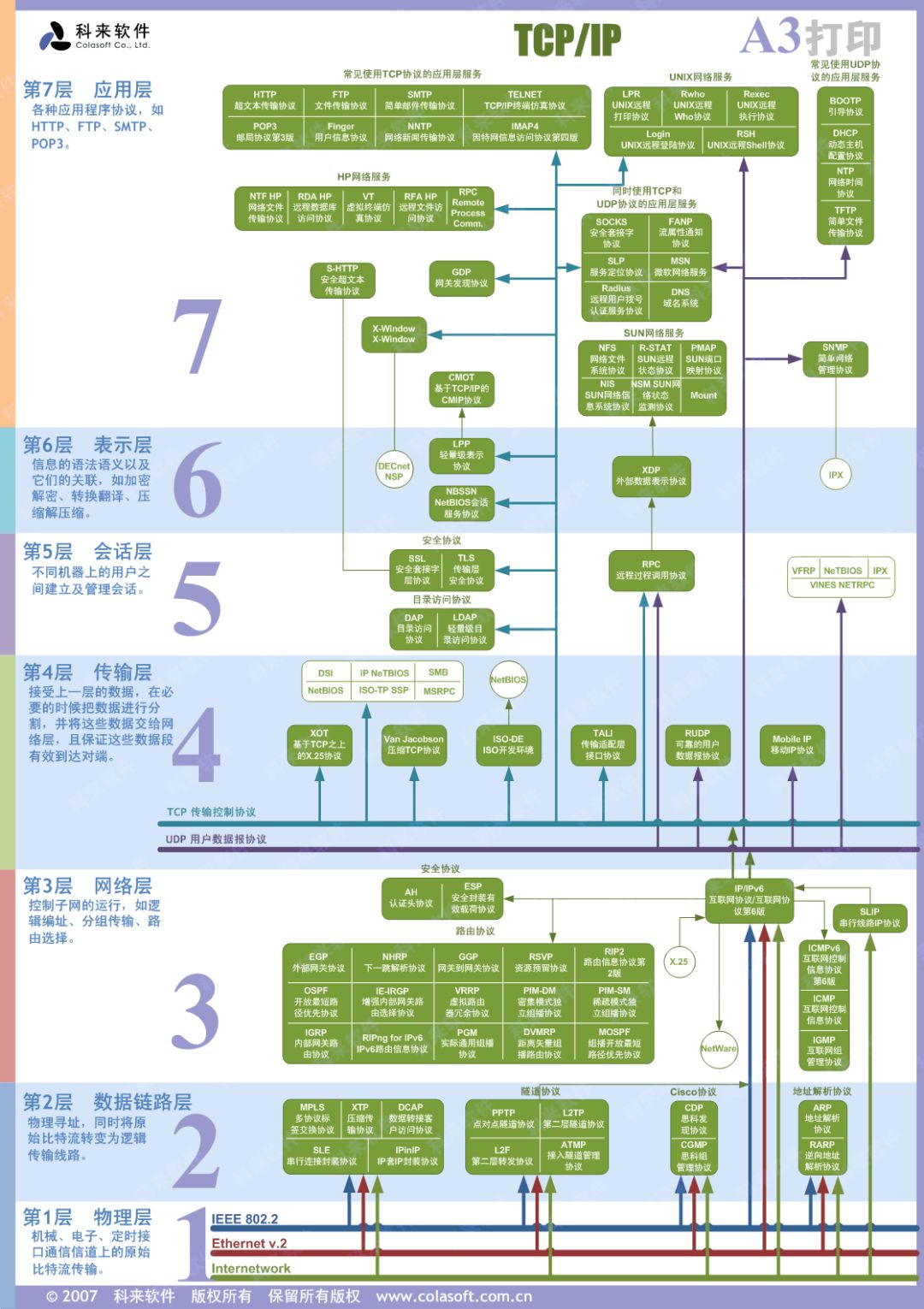 WebSocket API is part of HTML5 standard, but this does not mean that WebSocket must be used in HTML or only in browser based applications.

In fact, many languages, frameworks and servers provide WebSocket support, such as:

Let's take a look at a simple example and have an intuitive feeling. Examples include WebSocket server (Node.js) and WebSocket client.

3.2 how to establish connection from packet capture

So you can catch the bag you want: 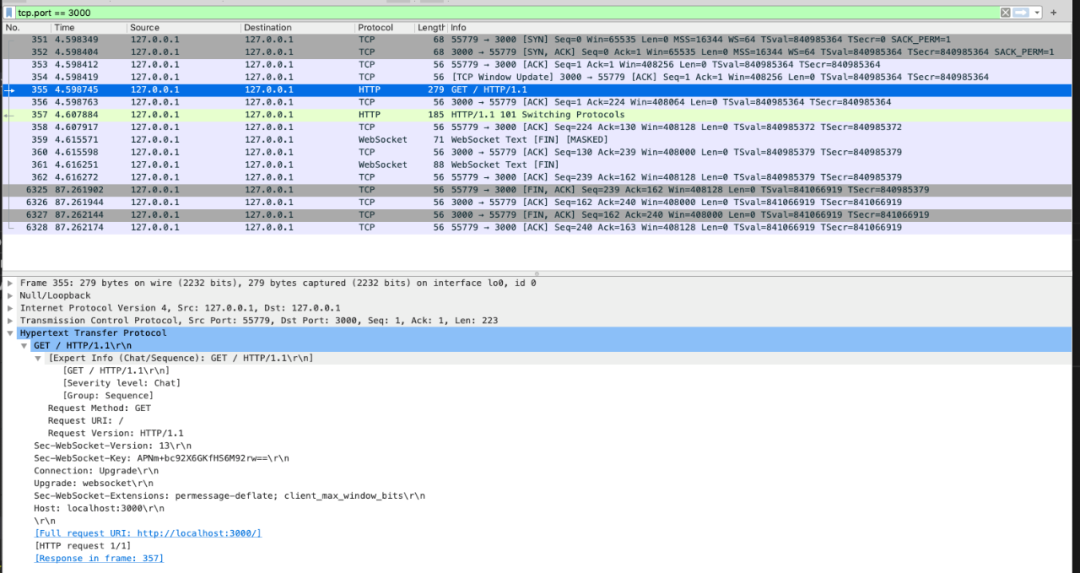 In order to better compare WebSocket connection and data transmission with TCP and HTTP, let's take a look at the packets of TCP and HTTP.

Among them, the first five fields are useful for our daily analysis.

Use a picture to clearly show the process of TCP's 3 handshakes and 4 waves. 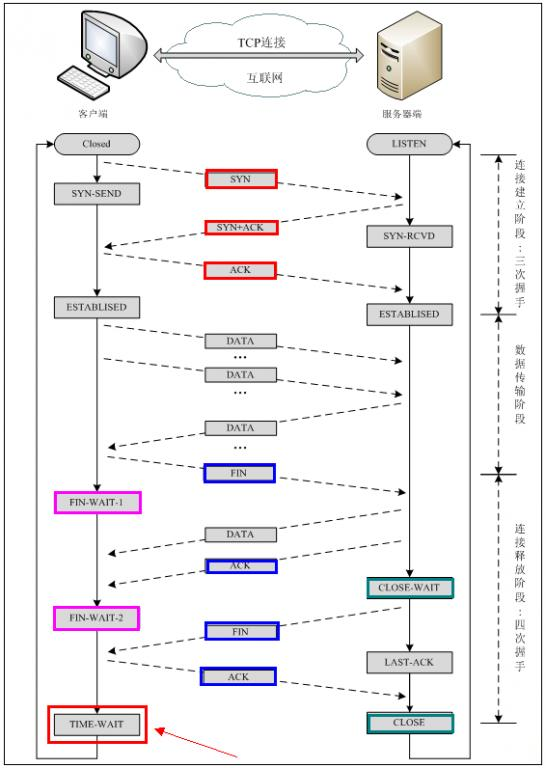 It can be seen that the connection and disconnection are the same as TCP, and the intermediate data transmission is replaced by HTTP protocol data: 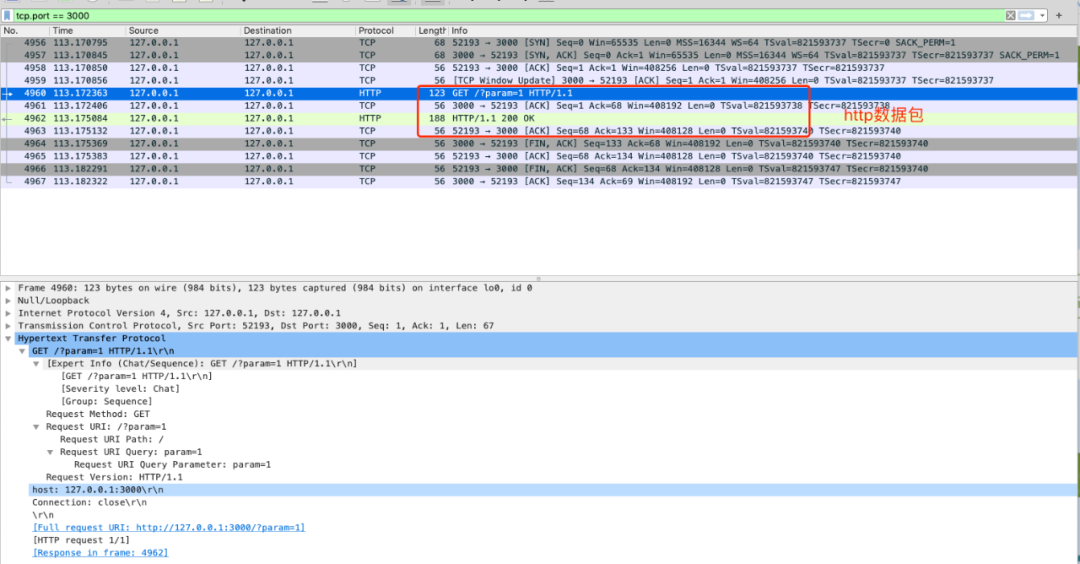 3.2 come back to WebSocket's packet capture: how to establish a connection

WebSocket reuses the handshake channel of HTTP. Specifically, the client negotiates the upgrade protocol with the WebSocket server through HTTP request. After the protocol upgrade is completed, the subsequent data exchange follows the WebSocket protocol.

First, the client initiates a protocol upgrade request. It can be seen that the standard HTTP message format is adopted, and only GET method is supported.

SEC websocket version: 13: indicates the version of websocket. If the server does not support this version, you need to return one.

SEC websocket key: it is matched with the "sec websocket accept" in the response header of the server. It provides basic protection, such as malicious connection or unintentional connection.

The contents returned by the server are as follows. The status code 101 indicates protocol switching:

This completes the protocol upgrade, and the subsequent data interaction will follow the new protocol.

The calculation formula is:

Splice sec websocket key with 258EAFA5-E914-47DA-95CA-C5AB0DC85B11. Calculate the summary through SHA1 and convert it into base64 string. The pseudo code is as follows:

The smallest unit of communication between WebSocket client and server is frame, which consists of one or more frames to form a complete message.

Sender: cut the message into multiple frames and send it to the server; Receiving end: receive the message frame and reassemble the associated frame into a complete message.

The unified format of WebSocket data frame is given below, from left to right, and the unit is bit. For example, FIN and RSV1 occupy 1 bit each, and opcode occupies 4 bits. Data, operation code, mask, etc.

Generally, it is all 0. When the client and server negotiate to adopt WebSocket extension, the three flag bits can be non-0, and the meaning of the value is defined by the extension. If a non-zero value appears and the WebSocket extension is not adopted, the connection error occurs.

The Opcode value determines how the subsequent data payload should be parsed. If the operation code is unknown, the receiver should fail the connection. The optional operation codes are as follows:

If the data received by the server has not been masked, the server needs to disconnect.

All data frames transmitted from the client to the server are masked. The Mask is 1 and carries a 4-byte masking key. If Mask is 0, there is no masking key.

Masking key is a 32-bit random number selected by the client. The mask operation does not affect the length of the data payload. The following algorithms are used for mask and unmask operations:

The algorithm is described as follows: after the exclusive or of original-octet-i and masking-key-octet-j, transformed-octet-i is obtained.

You can see that the result is consistent with the figure below. 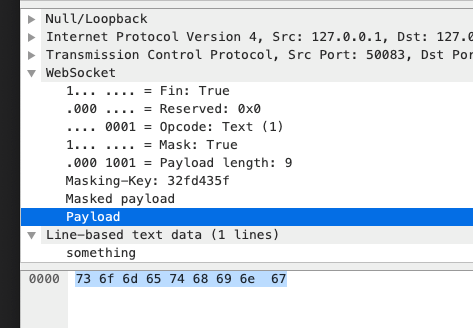 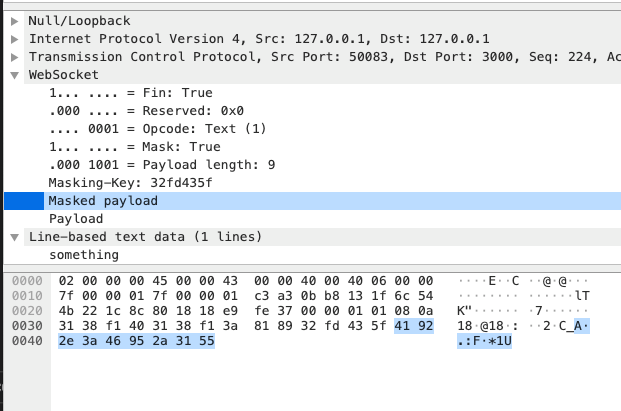 Once the WebSocket client and server establish a connection, the subsequent operations are based on the transmission of data frames.

WebSocket distinguishes the types of operations according to opcode. For example, 0x0-0x2 indicates disconnected data.

Each message of WebSocket may be divided into multiple data frames. When the receiver of WebSocket receives a data frame, it will judge whether it has received the last data frame of the message according to the value of FIN.

In addition, opcode represents the type of data in the scenario of data exchange. 0x01 represents text and 0x02 represents binary. 0x00 is special, which means the continuation frame. As the name suggests, the data frame corresponding to the complete message has not been received.

In order to maintain the real-time two-way communication between the client and the server, WebSocket needs to ensure that the TCP channel between the client and the server remains connected. However, for the connection without data exchange for a long time, if it is still maintained for a long time, it may waste the included connection resources.

However, some scenarios are not excluded. Although the client and server have no data exchange for a long time, they still need to maintain the connection. At this time, heartbeat can be used.

The operations of ping and pong correspond to the two control frames of WebSocket, and the opcode s are 0x9 and 0xA respectively.

For example, when the WebSocket server sends a ping to the client, it only needs the following code: (ws module) 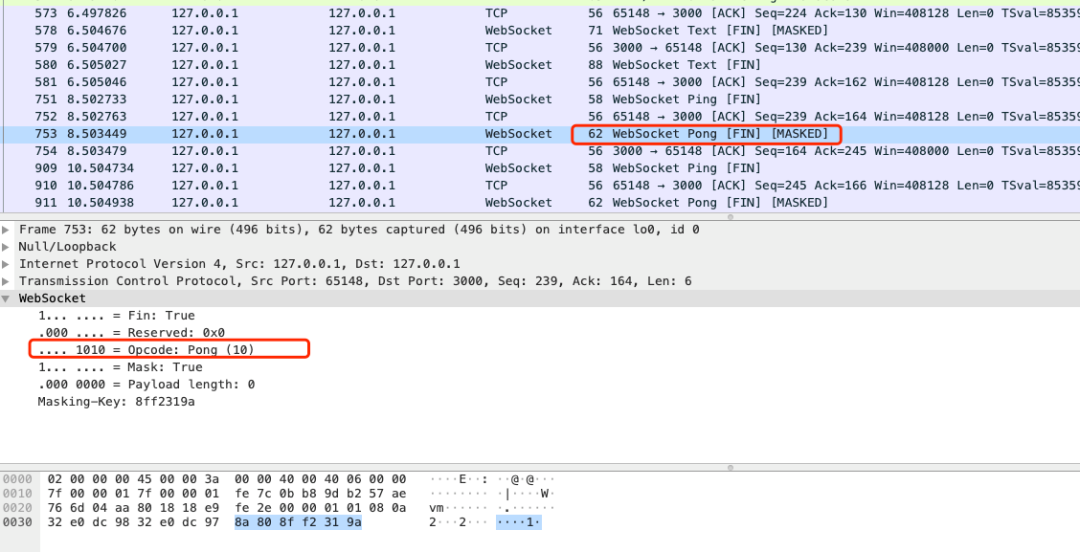