Why is Redis so fast? 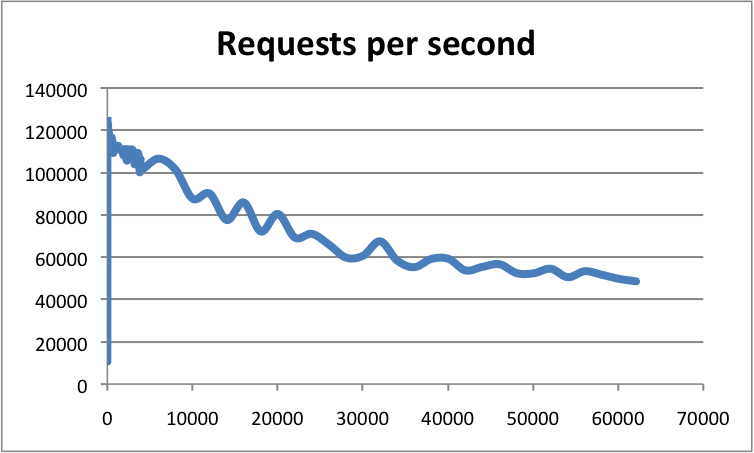 According to official data, Redis's QPS can reach about 100000 (requests per second).

Why is Redis so fast?

What are the benefits of a single thread?

Why is Redis single threaded?

Isn't it a waste of CPU resources to use a single thread?

Why is single thread so fast?

Because Redis is a memory based operation, let's start with memory.

The main memory of a computer can be regarded as an array of M consecutive byte sized units. Each byte has a unique address, which is called the physical address (PA). In early computers, if the CPU needed memory, physical addressing was used to directly access the main memory. 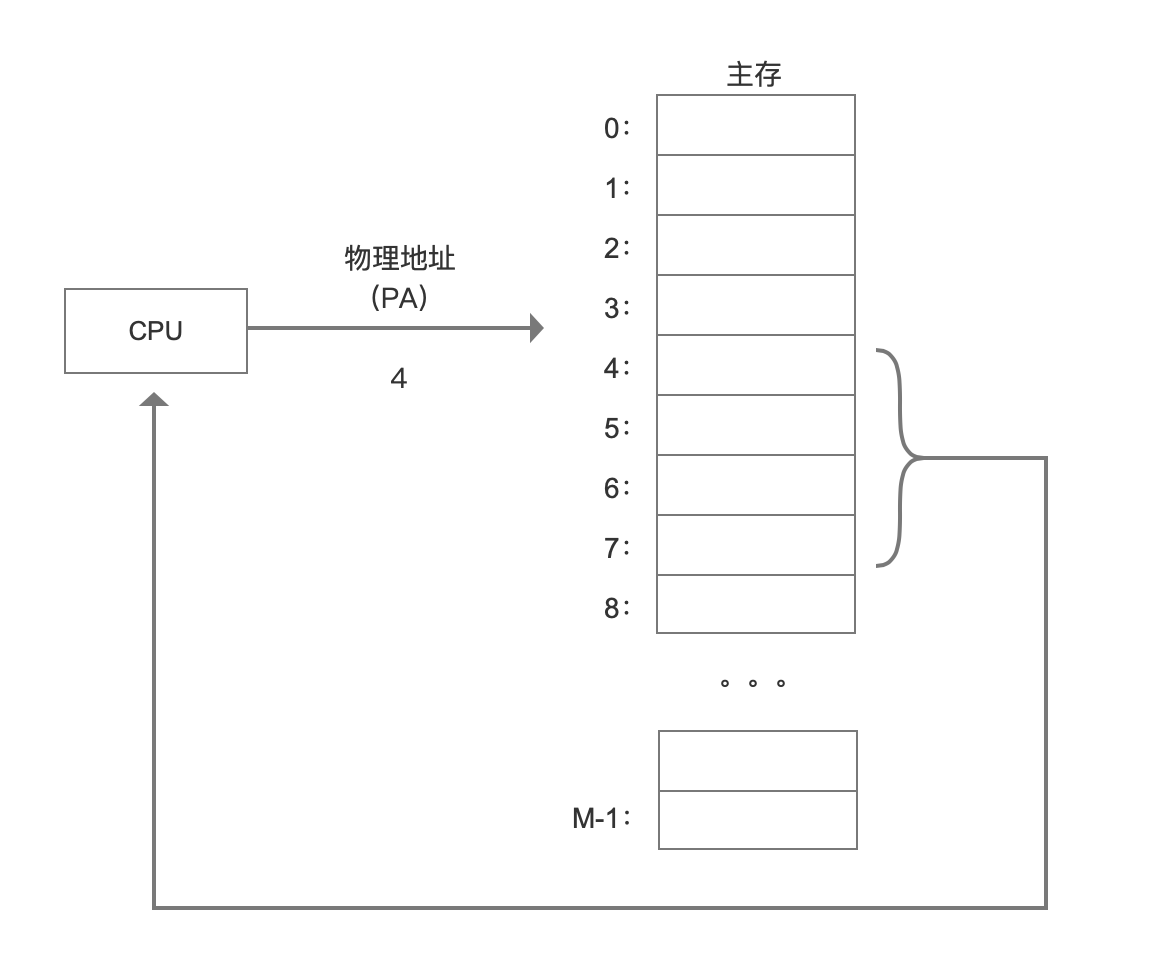 There are several drawbacks to this approach:

2. If all processes directly access the physical memory, then one process can modify the memory data of other processes, causing the physical address space to be damaged, and the program will run abnormally. 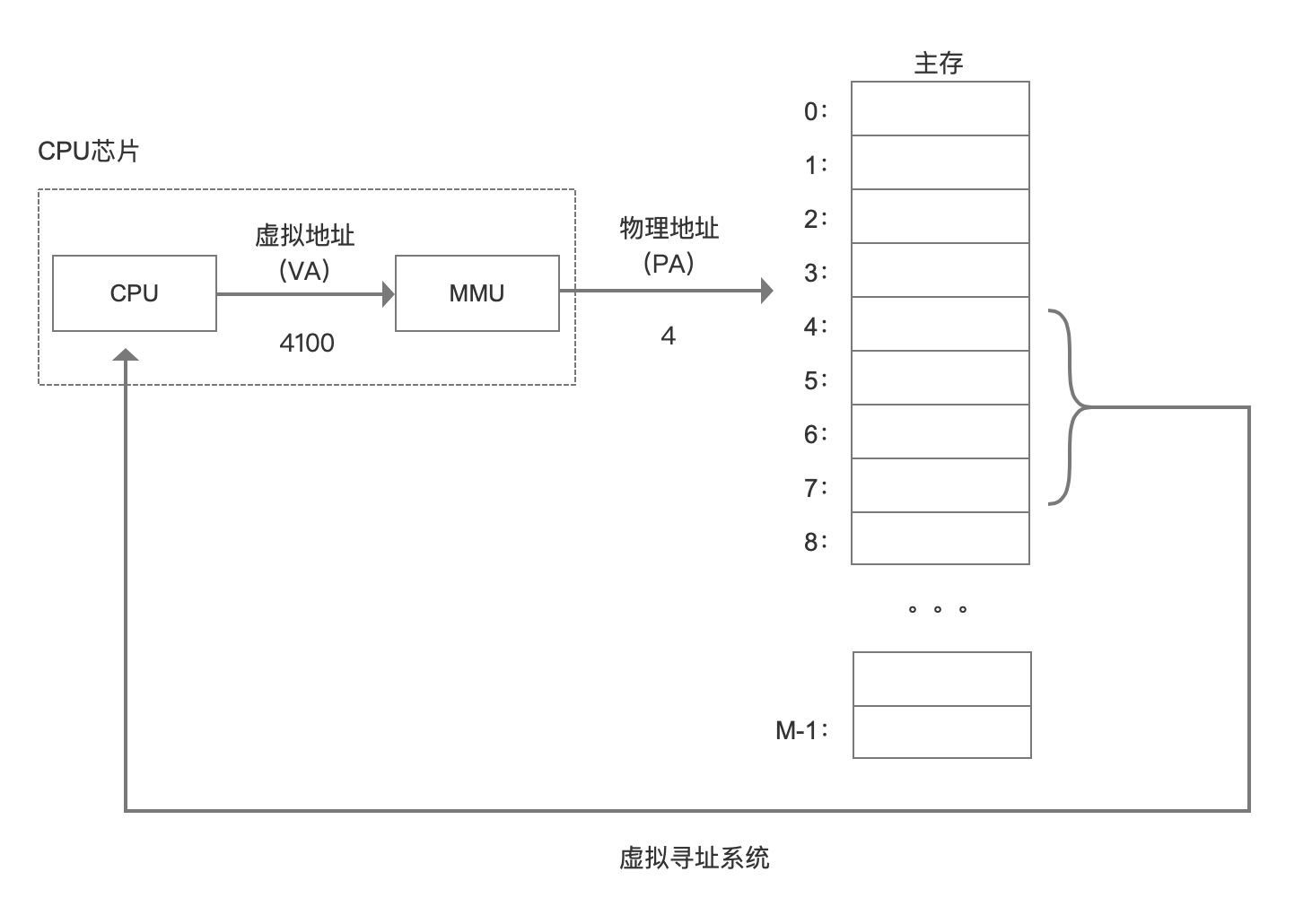 The actual physical memory may be much smaller than the size of the virtual memory.

In order to avoid the user process directly operating the kernel and ensure the kernel security, the operating system divides the virtual memory into two parts, one is kernel space / ˈ k ɜ nl / and the other is user space. 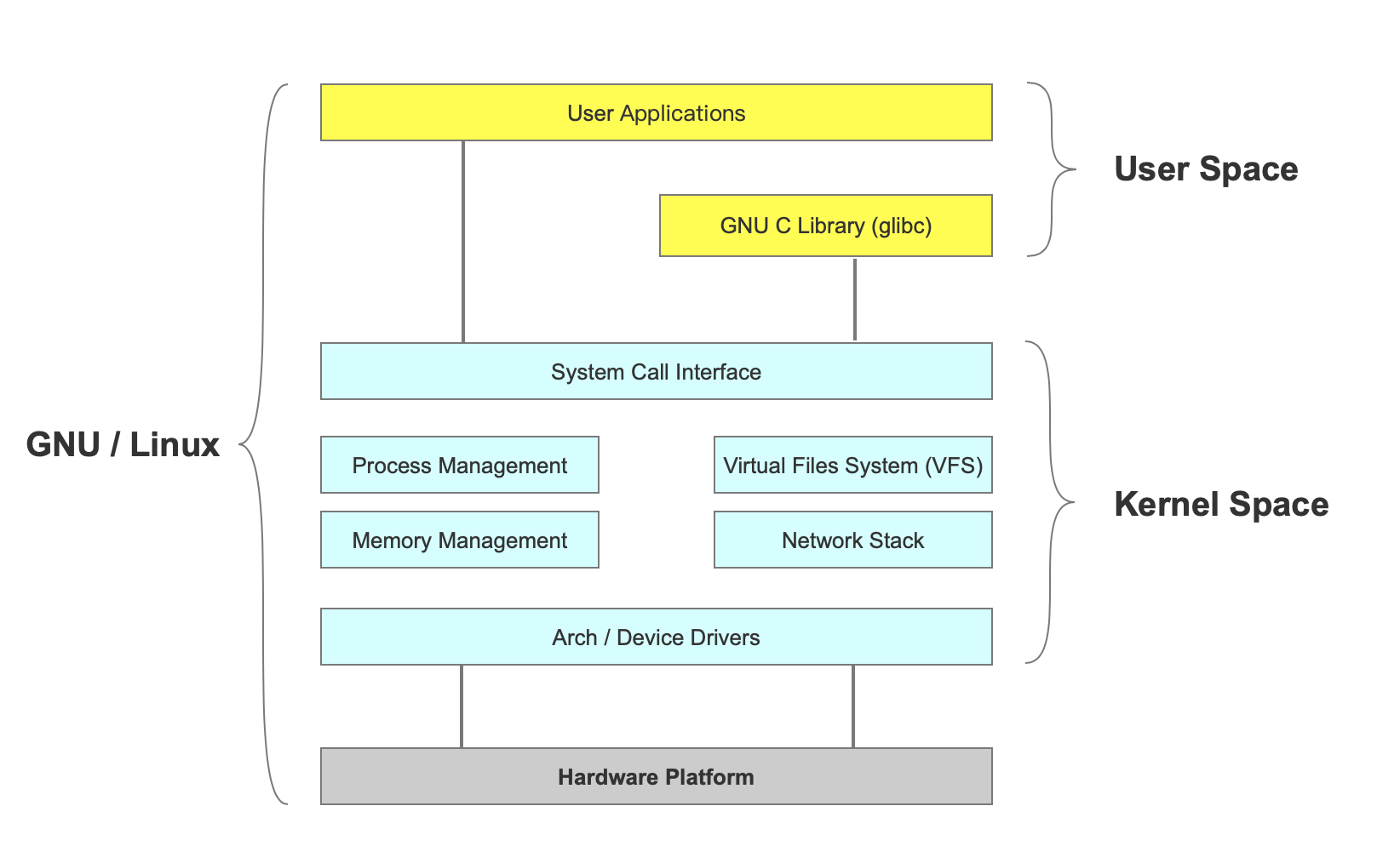 The kernel is the core of the operating system. It is independent of the ordinary application program, and can access the protected memory space as well as the underlying hardware devices.

The process can execute arbitrary commands in kernel space and call all resources of the system; in user space, it can only perform simple operations, not directly call system resources, and only through system interface (also called systemcall) can it send instructions to the kernel. 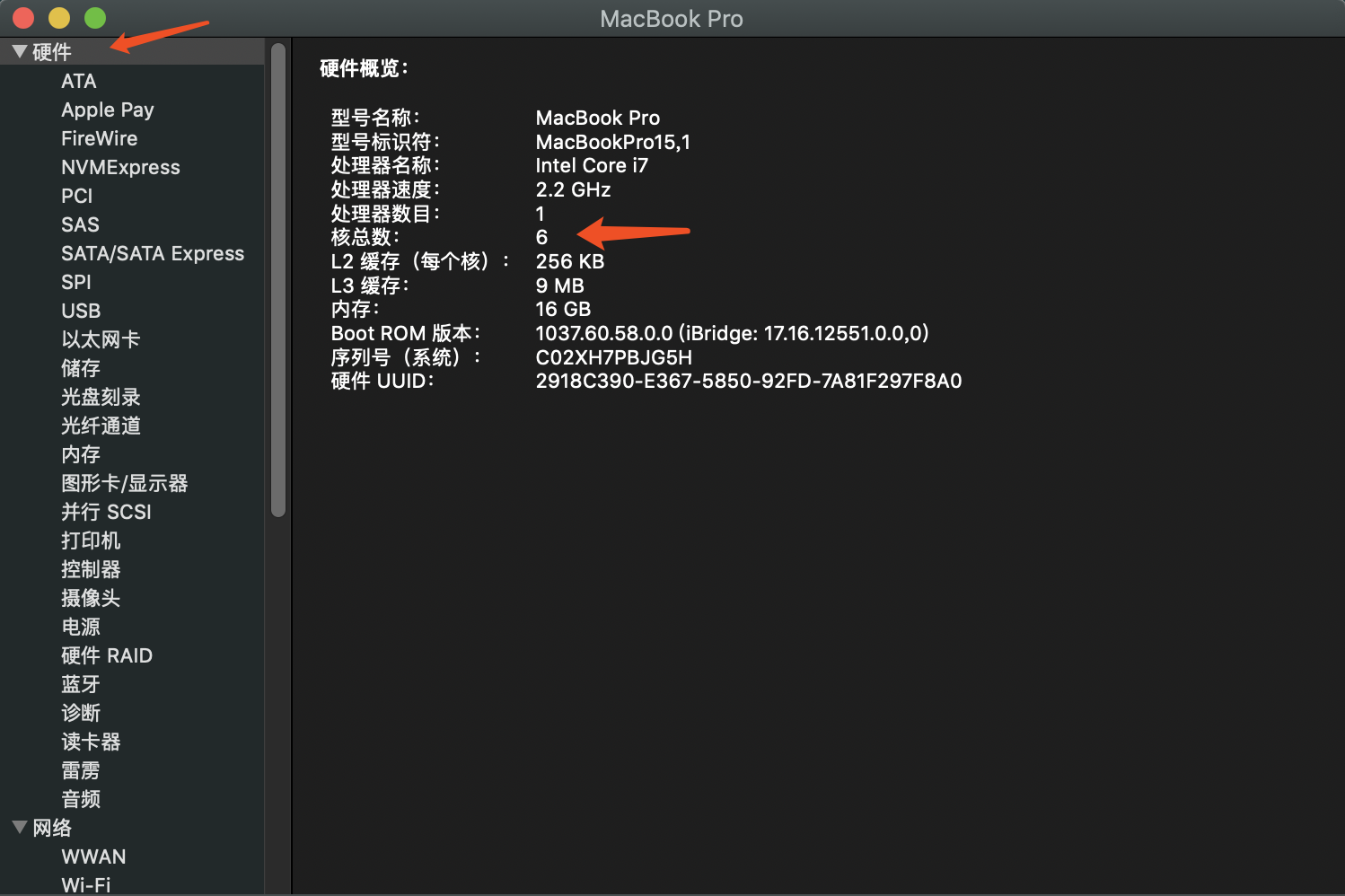 Before each task runs, the CPU needs to know where the task loads and starts running. That is to say, the system needs to help it set the CPU register and program counter in advance, which is called the CPU context.

These saved contexts are stored in the system kernel and loaded again when the task is rescheduled. In this way, the original state of the task will not be affected, and the task will appear to be running continuously.

When switching context, we need to complete a series of work, which is a very resource consuming operation.

Due to the system service request (such as I/O operation) made by the running process, but for some reason, it did not get the immediate response from the operating system, so the process can only turn itself into a blocking state and wait for the corresponding event to appear before it is awakened. The process does not consume CPU resources in the blocked state.

There are three standard file descriptors in Linux system.

When the application program executes the read system call to read the file descriptor (FD), if the data already exists in the page memory of the user process, it will read the data directly from the memory. If the data does not exist, load the data from the disk into the kernel buffer, and then copy the data from the kernel buffer to the page memory of the user process. (two copies, two context switches between user and kernel). 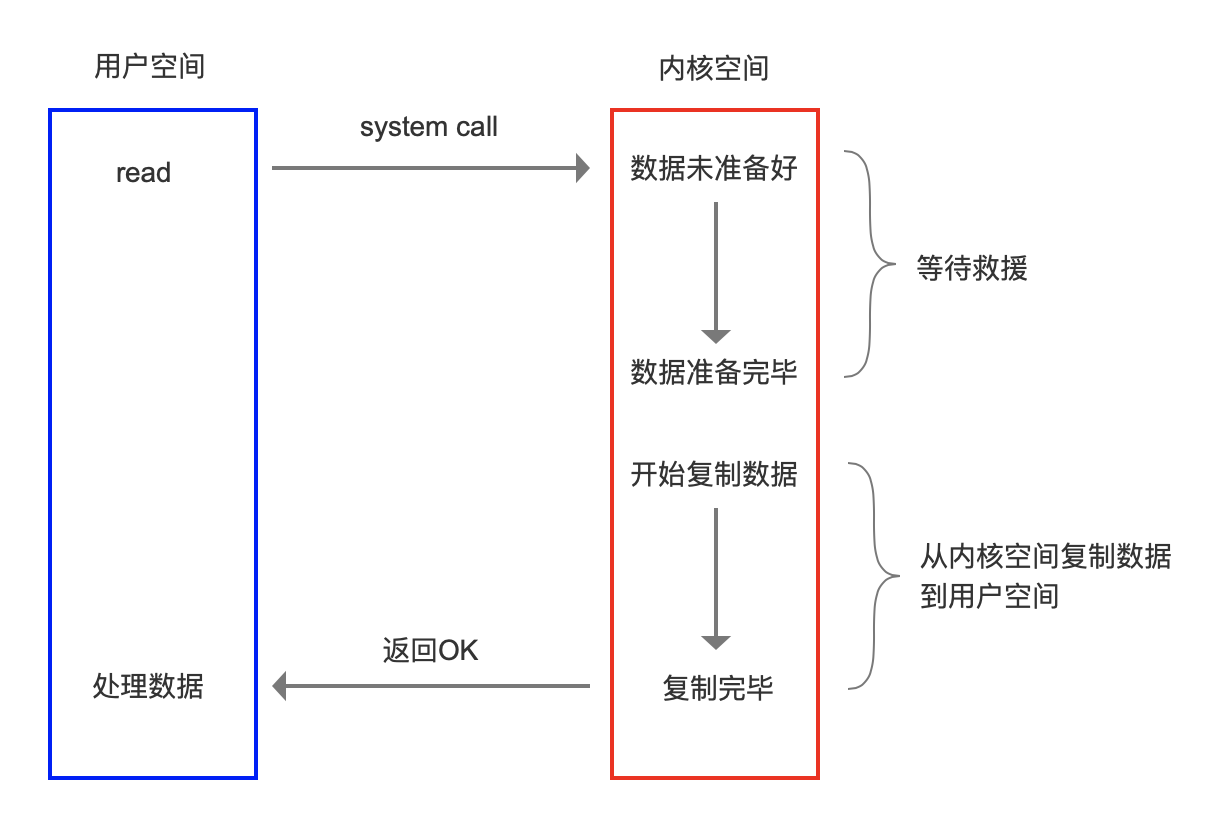 Blocking I/O (where is the blocking of I/O?) 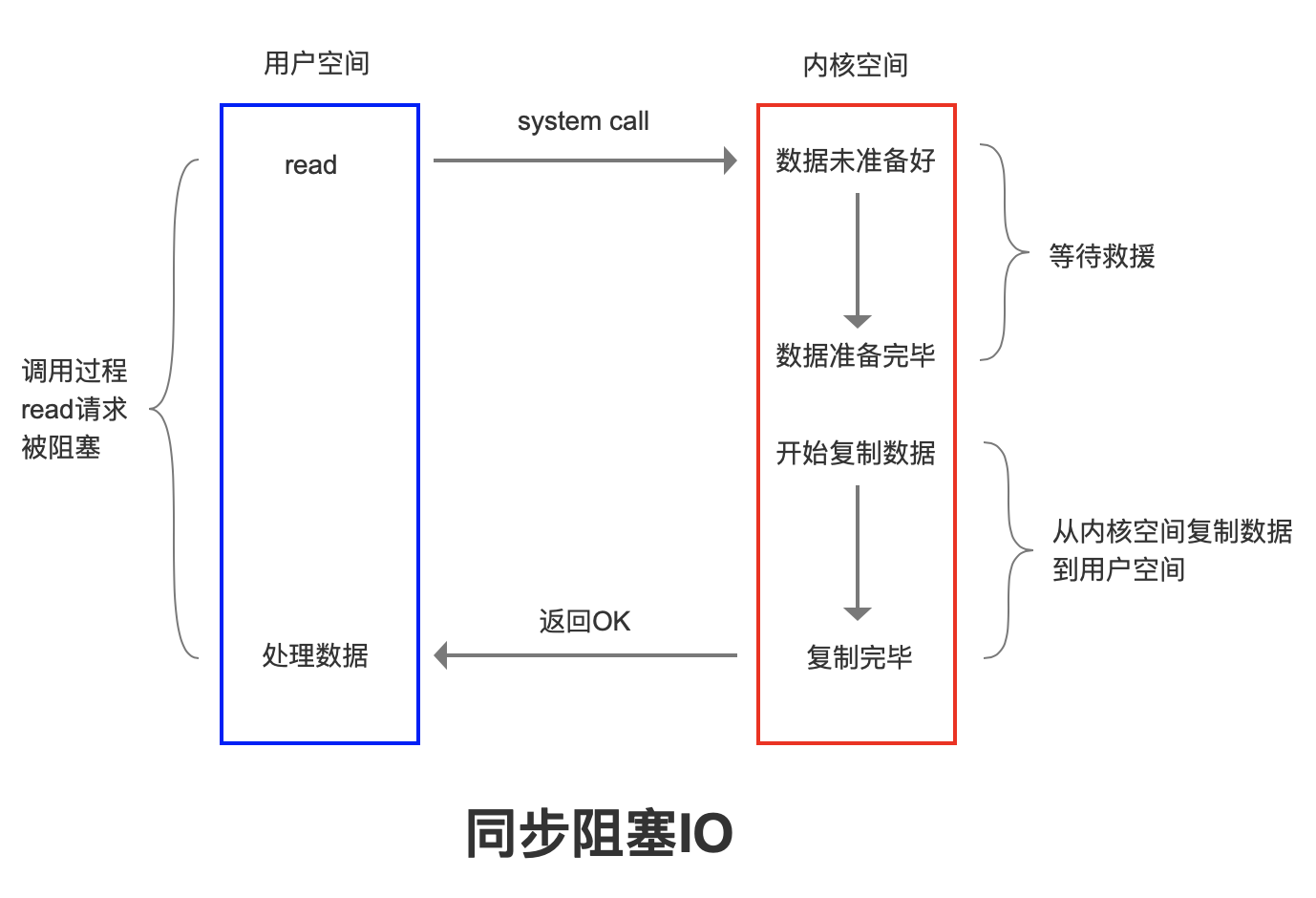 In order to solve the problem of blocking, we have several ideas.

1. Create multiple threads or use thread pool on the server side, but in the case of high concurrency, there will be many threads needed, which the system cannot bear, and the creation and release of threads need to consume resources.

2. The requester polls regularly, and then copies the data from the kernel cache buffer to user space (non blocking I/O) after the data is prepared. There will be some delay in this way.

Reuse: refers to reusing one or more threads.

Its basic principle is that instead of monitoring the connection by the application itself, the kernel monitors the file descriptor for the application. 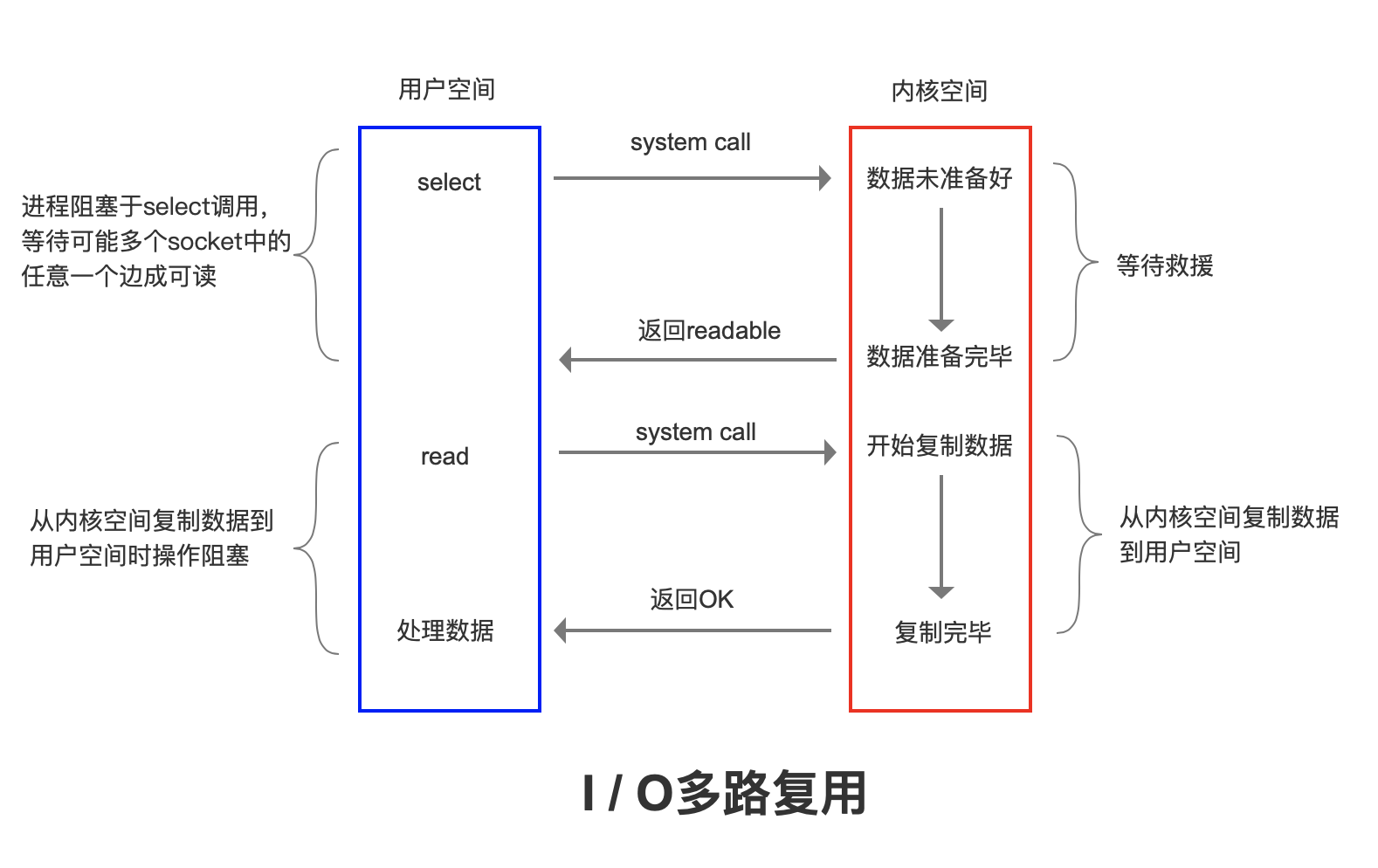 Therefore, the feature of I/O multiplexing is that a process can wait for multiple file descriptors at the same time through a mechanism, and any one of these file descriptors (socket descriptors) enters the readable state, and the select() function can return.

Redis's multiplexing provides several options, such as select, epoll, evport, and kqueue. You can choose one when compiling. Source code ae.c

All the data of Reids is stored in memory. In some cases, the occupied memory space needs to be recycled. There are two main types of memory recovery: one is key expiration, and the other is memory usage reaching the maximum limit (max? Memory) to trigger memory obsolescence.

To achieve key expiration, we have several ideas.

Only when a key is accessed will it be judged whether the key has expired. If it expires, it will be cleared. This strategy can save CPU resources as much as possible, but it is not very memory friendly. In extreme cases, a large number of expired keys may not be accessed again, so they will not be cleared and occupy a large amount of memory.

In the second case, each time a key is written, it is found that there is not enough memory. Call activeexpircycle to release some memory.

At regular intervals, a certain number of keys in the expires Dictionary of a certain number of databases will be scanned and the expired keys will be cleared. This strategy is a compromise between the first two. By adjusting the time interval and the limited time of each scan, the CPU and memory resources can achieve the optimal balance effect under different circumstances.

In Redis, two expiration policies, lazy expiration and periodic expiration, are used at the same time.

If it doesn't expire, what if Redis is full of memory?

Redis's memory elimination strategy refers to that when the memory usage reaches the maximum memory limit, the elimination algorithm needs to be used to decide which data is cleaned up to ensure the storage of new data.

LRU, least recently used. Judge the time that has been used recently, and the farthest data at present will be eliminated preferentially.

If no key that meets the preconditions is eliminated, then volatile LRU, volatile random, and volatile TTL are equivalent to no eviction.

It is recommended to use volatile LRU to remove the least recently used key in the case of normal service.

What are the problems if RedisLRU is implemented based on traditional LRU algorithm?

RedisLRU improves the traditional LRU algorithm and adjusts the accuracy of the algorithm by random sampling.

If the elimination strategy is LRU, then randomly select m keys from the database according to the configured sampling value maxmemory "samples (the default is 5), and eliminate the cache data corresponding to the key with the lowest heat. Therefore, the larger the value of the sampling parameter m is, the more accurate the cache data to be eliminated can be found, but it also consumes more CPU calculation and reduces the execution efficiency.

How to find the lowest heat data?

All object structures in Redis have an lru field, which uses the lower 24 bits of unsigned to record the heat of the object. lru values are recorded when the object is created. lru values are also updated when accessed. But instead of getting the current timestamp of the system, it is set to the value of the global variable server.lruclock.

How does the value of server.lruclock come from?

Redis has a function serverCron for timing processing. By default, the function updateCachedTime is called every 100ms to update the value of server.lruclock of the global variable. It records the current unix timestamp.

Why not get the exact time and put it in the global variable? Will there be no delay?

In this way, when the lru heat value of the data is updated in the function lookupKey, the system function time is not called every time, and the execution efficiency can be improved.

OK, when there is LRU field value in the object, you can evaluate the heat of the object.

The function estimateObjectIdleTime evaluates the lru heat of the specified object. The idea is that the larger the difference between the lru value of the object and the global server.lruclock (the longer it is not updated), the lower the heat of the object.

server.lruclock has only 24 bits, which can be stored for 194 days in seconds. When it exceeds the maximum time that 24bit can express, it will start from scratch.

In this case, the lru of the object may be larger than that of server.lruclock. If this happens, two keys will be added rather than subtracted to find the longest key.

Why not use the conventional hash table + two-way linked list? Need additional data structure, consume resources. The RedisLRU algorithm can already approach the traditional LRU algorithm when the sample is 10. 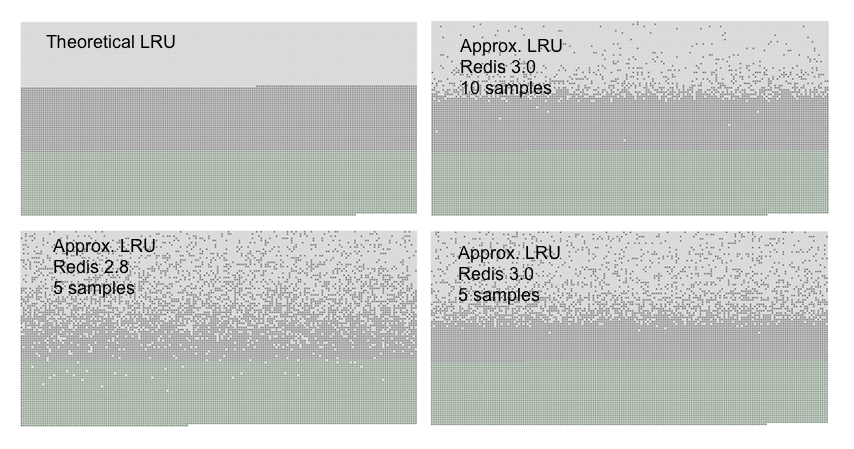 In addition to consuming resources, what are the problems with traditional LRU s?

When these 24bits are used as LFU, they are divided into two parts:

Counter is implemented with probability based logarithm counter, 8 bits can represent millions of access frequency.

When the object is read and written, the lfu value is updated. db.c——lookupKey

The growth rate is determined by the larger the LFU log factor is, the slower the counter grows

The reduced value is controlled by the attenuation factor LFU deck time (minutes). If the value is 1, N minutes will be reduced if there is no access.