Challenge the most complete workflow document in the whole network, and take you to master all business concepts of flowable workflow

1. What is workflow approval

According to my understanding, it is approval process management.

The official explanation is as follows:

Its core is a lightning fast and proven dynamic BPMN process engine, along with DMN decision table and CMMN case management engine, all of which are written in Java. They are open source under the Apache 2.0 license and have a committed community.

All engines can be embedded in Java applications or run as services in servers, clusters and clouds. They can run as independent engines or services, or they can be integrated to provide a rich suite for business process management. They are perfectly integrated with Spring. With their rich Java and rest APIs, they are an ideal basis for orchestrating manual or robotic automated processing. They enable micro service orchestration or soft connect to the micro service itself.

Here is a summary:

Speaking of flowable, it also comes from activiti. Because the internal staff of activiti are inconsistent, a large number of small partners have made an appointment to start a business. But the pot is still the original pot, but the way of cooking is different. Therefore, there is little difference between flowable and activiti in thought. It's just more powerful.

The official explanation is as follows:

Here is a summary:

To put it bluntly, the rule diagram shown in the figure above is the BPMN flow chart.

Indicates where to start the process.

It contains many tasks, as shown in the figure. One of the most commonly used is user tasks. This option is required for all specified approvers. 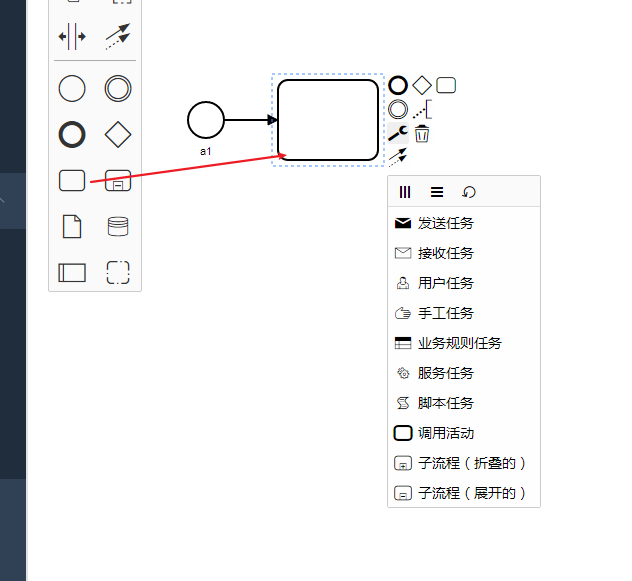 Gateway is equivalent to judgment (and, or, not). The three most commonly used gateways are mutually exclusive / exclusive gateway, parallel gateway and compatible gateway. 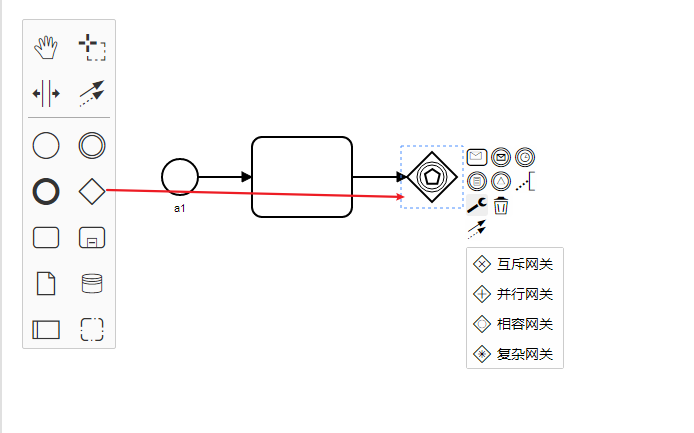 The description is as follows:

In terms of technology selection, flowable is newer and more complete than activiti. In order to use the new instead of the old, it is recommended to use flowable. But compared with activiti, his online documents are very few. Getting started is also more difficult.

Of course, you can develop your own approval process system and design the fields of submitter and approver, which can be completed through sql query. This is the most time-consuming and laborious method, and there is no functional comparability with open source architecture. Moreover, open source flowable/activiti has formed its own system. When talking with customers, it highlights the professionalism of the system.

The business process is mainly divided into the following steps: 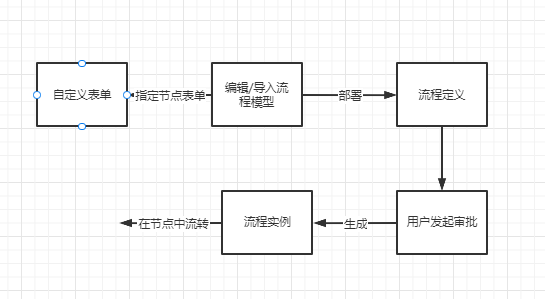 Generally, the module names in the system are as follows, please correspond to each other. 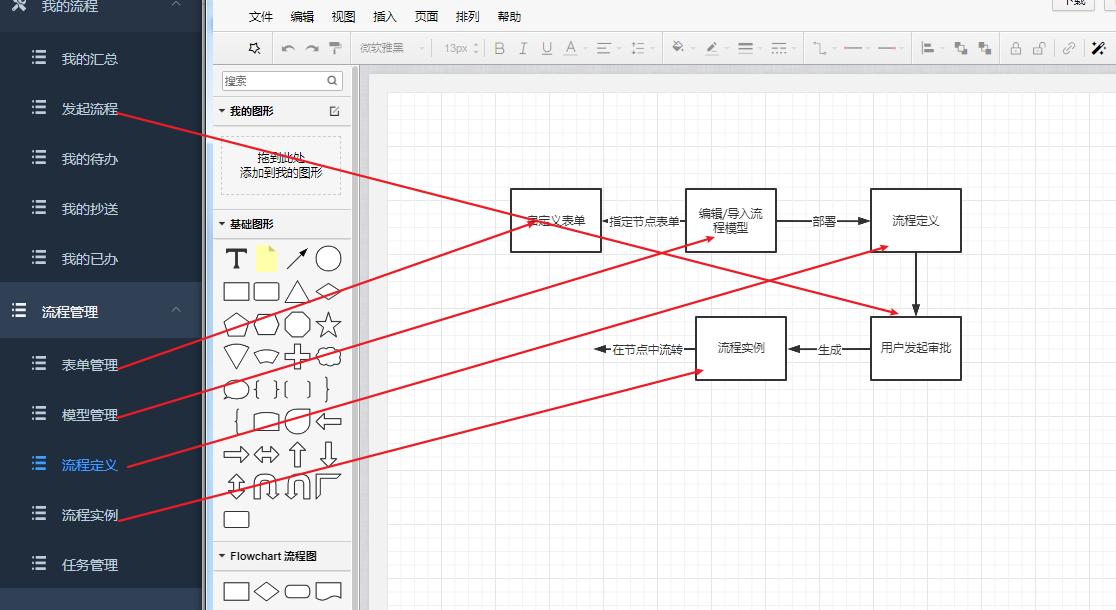 Task management here can view the specific information of each approval node of a process. Non essential business.

This part is mainly about the production process.

When the applicant approves, it is necessary to fill in the applied items and application data. If leave approval is required, leave time and leave reason shall be filled in. So we hope this form can be customized.

That is, BPMN is used to draw a flow chart, in which the form of the approval process, the personnel of the next approval node and the flow conditions entering the process will be specified.

Of course, you can also import a flowchart. At the same time, you can specify the form that the applicant needs to fill in when applying. (if the approver needs to add an approval form, it can also be configured here)

After designing the process, you can initiate and approve. Users have the following functions. 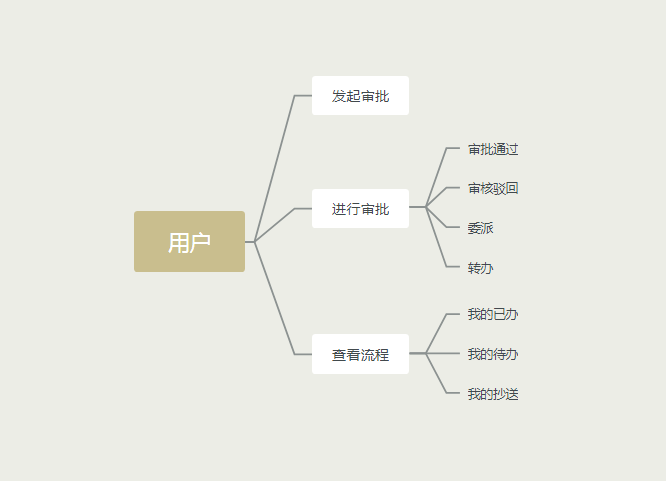 Reject: send approval reset to a node for re approval.

Transfer to: A transfers it to B for approval. After B approves, it enters the next node.

As can be seen from the above figure, process instances will be generated after approval is initiated. Process instance and task management can view the initiated approval.

In fact, flowable is very simple, but because there is less information on the market and less understanding, it is difficult for the technology stack to circulate.

flowable provides us with 47 tables and 7 common APIs.

All database tables of Flowable are represented by ACT_ start. The second part is a two character identifier that explains the purpose of the table. The naming of service API s also roughly conforms to this rule.

ACT_ GE_ Byte array: save the xml of bpmn of the process and the Image thumbnail of the process
ACT_GE_PROPERTY: basic information related to Flowable. For example, the version information used by each module.

flowable provides seven common APIs, which correspond to all the above logic, so as long as you master these APIs, you can complete the development of approval business.

If you are working with a running process instance, use runtimeService.

Approve each node of a process instance.

In the custom method, you can use the following method to obtain the repository service.

You can also get the process definition method collection.