the screen capture method I use is as follows:

at first, I thought there was a problem with my screen capture method. I Baidu many screen capture methods. This problem also occurred. I also tried to use the Recorder provided by Unity's PackageManager. This shows that the problem is not the screen capture method, but probably the shader.
finally, try to use the default standard shader of Unity. Through multiple tests, it is found that not all transparent objects will have this problem. Transparent display is normal, Fade display is problematic, and custom shaders generally have problems.
the following figure is tested in Unity. On the left is the Game view of Unity, and on the right is the screenshot saved 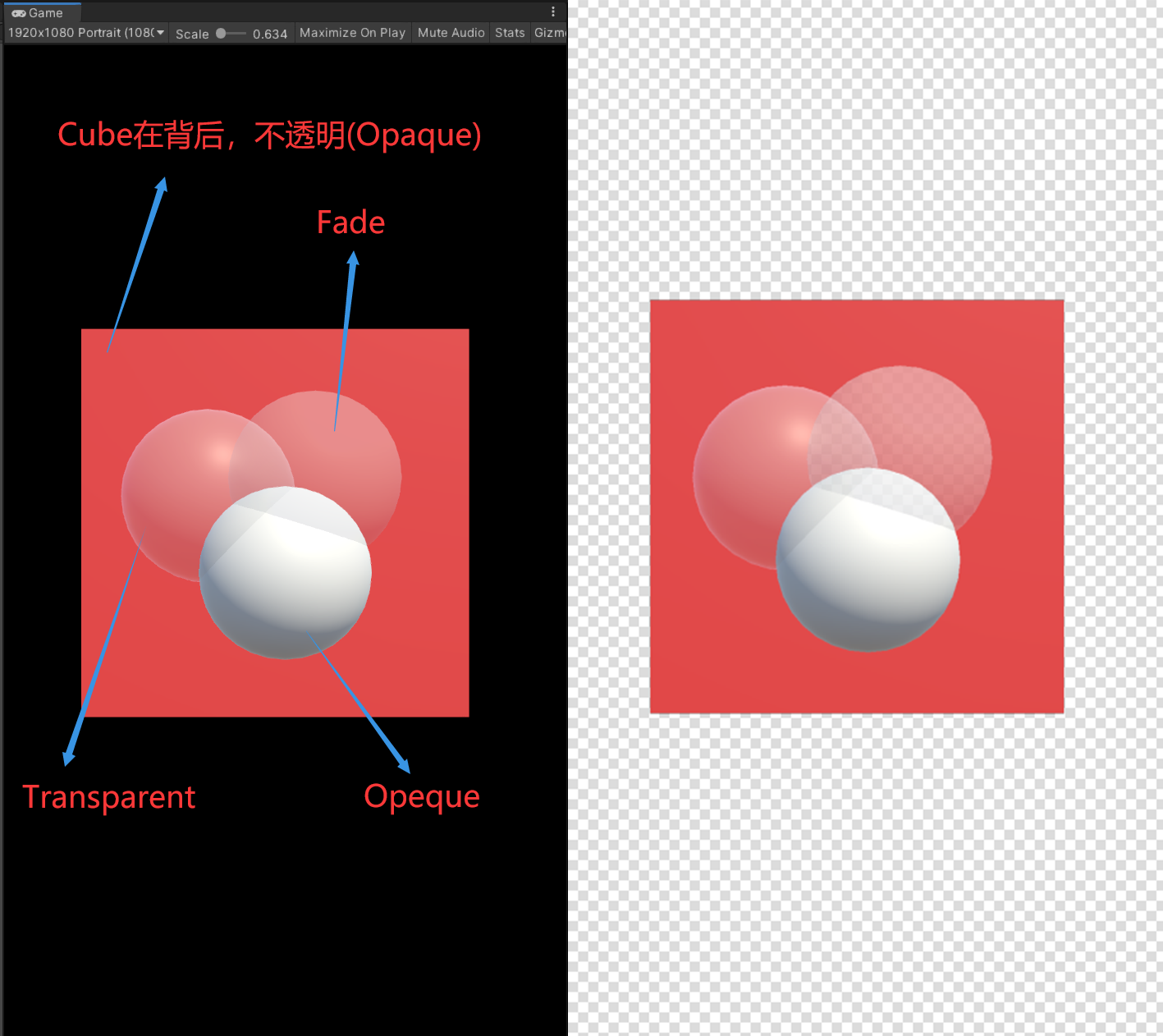 the meanings of these three rendering modes are shown in the table below (you can refer to another article of mine)“ [introduction to Unity Shader] 6. Blend blend ", which has a detailed introduction)

when writing the shader, you should pay attention to that if the Transparent mode is directly used, the screenshot is OK; If Fade mode is used, the opacity mixing of channel A needs to be separated separately

that's the problem. If it's an opaque material (off blending), the A channel of the material is adjusted again. Isn't it 1?
in this way, the channel A value of the screen will be directly replaced by the channel A value of the material, so the cut image will still become transparent, but the default shader of Unity does not have this problem. It is not difficult to find out by looking at the source code of the built-in shader of Unity: