1. I ntroduction to streaming

When I first heard "streaming", I thought to myself, "what is this high-end thing?", Under the pressure of the project, we have to carry out research and development under pressure. After a period of study, development and summary, the author finally understands what high-end thing streaming is?

In the vernacular, streaming is to upload local audio and video data to the cloud / background server through the network. The so-called "good packet in the acquisition stage". The author believes that it is an uncoded NALU of H264. 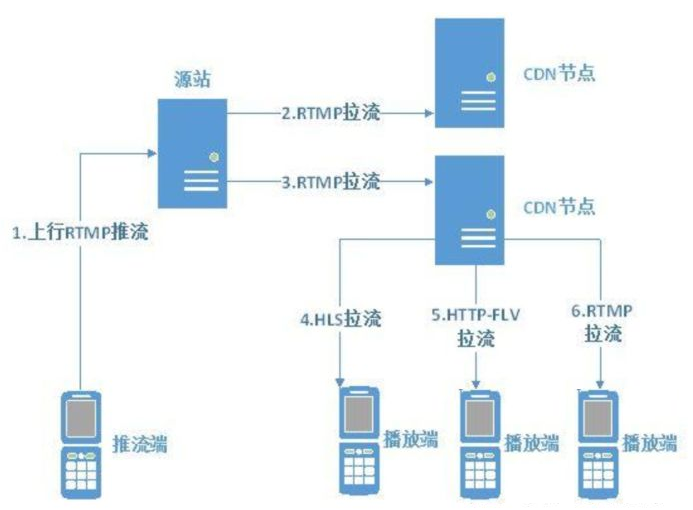 In the above figure, the video and audio data in the whole process from "streaming end" to "source station" (the same as the "server" mentioned above), to CDN distribution node, and finally to "playback end" are compressed data streams. In other words, for video data, it is H264 code stream. The decoding work is carried out at the playback end.

It is conceivable that the most popular application of streaming is live broadcasting; In most video portals, the author is also very confused about whether there is step 1. In terms of efficiency, video data is directly stored in the "source station" and distributed according to the client's request through CDN. As for the specific practice, it needs to be verified. The author will write it down here for the time being.

Several commonly used streaming protocols learned by the author are: RTMP, HLS, webRTC, HTTP-FLV. This article only introduces RTMP, because the author has only contacted the streaming work of RTMP protocol at present.

RTMP is the acronym of Real Time Messaging Protocol. It is an application layer protocol based on TCP developed by Adobe company. In other words, RTMP is a protocol family of application layer like HTTP/HTTPS. RTMP generally transmits FLV format stream on TCP channel. Please note that RTMP is the network transmission protocol, while flv is the packaging format of video. Flv packaging format is designed for network transmission, so RTMP+FLV can be said to be a "golden partner".

RTMP protocol includes: basic protocol and RTMPT/RTMPS/RTMPE and other variants. The RTMP protocol family has the following interesting points, which readers may wish to take a look at:

RTMP is a network data transmission protocol specially designed for the real-time communication of multimedia data stream. It is mainly used for audio, video and data communication between Flash/AIR platform and streaming media / interactive server supporting RTMP protocol. Now Adobe does not support it, but at present, the protocol is still widely used.

Readers can know how RTMP performs handshake connection, transmits data, and its encapsulated packet format through various materials, which will not be repeated in this paper. (the main reason is that the author hasn't thoroughly understood this knowledge. Cover his face)

There are too many parameters of ffmpeg cmd, so here we only introduce the basic and what the author knows, and share with the readers.

First, let's take a look at the most basic command for pushing local video files to the server:

As mentioned above, RTMP generally uses flv to stream data, so - f flv is often set.

Then, another basic requirement is that you don't want to add audio when streaming. This can also be realized:

There are many ways to write a/v. in addition to the above, there are - c:v copy -c:a copy and so on.

For other needs, readers can Google by themselves.

Ffmpeg c + + code streaming, the Internet is also a lot of search. There are also a lot of searches on the Internet. The author recommends Raytheon's simplest ffmpeg based streaming device (taking pushing RTMP as an example), which can meet the basic streaming requirements. However, the author encountered several case s in practical application scenarios, and finally summarized a relatively robust and available code segment:

The author has encountered two case s of streaming failure:

When pushing the streaming data of an RTSP camera, once the camera is turned on, the audio track will be in AV_ interleaved_ write_ Error at frame() function. (I don't remember the return code)
When using some cameras of Infineon to push the stream, it always fails, and the return code displays - 33.
The above two questions have successfully located the problem:

The reason comes down to one: flv format can only include one video stream and one audio stream at most.

So far, the author thought that the video packaging format just recorded the cognition of several irrelevant parameters, which completely collapsed. As far as I know, MP4 can include multiple code streams at the same time. It seems that the water of multimedia / streaming media technology is still very deep. There are still many places for the author to learn, step on the pit and summarize! Encourage yourself.

Write it at the back

The article is not rigorous, welcome to criticize. 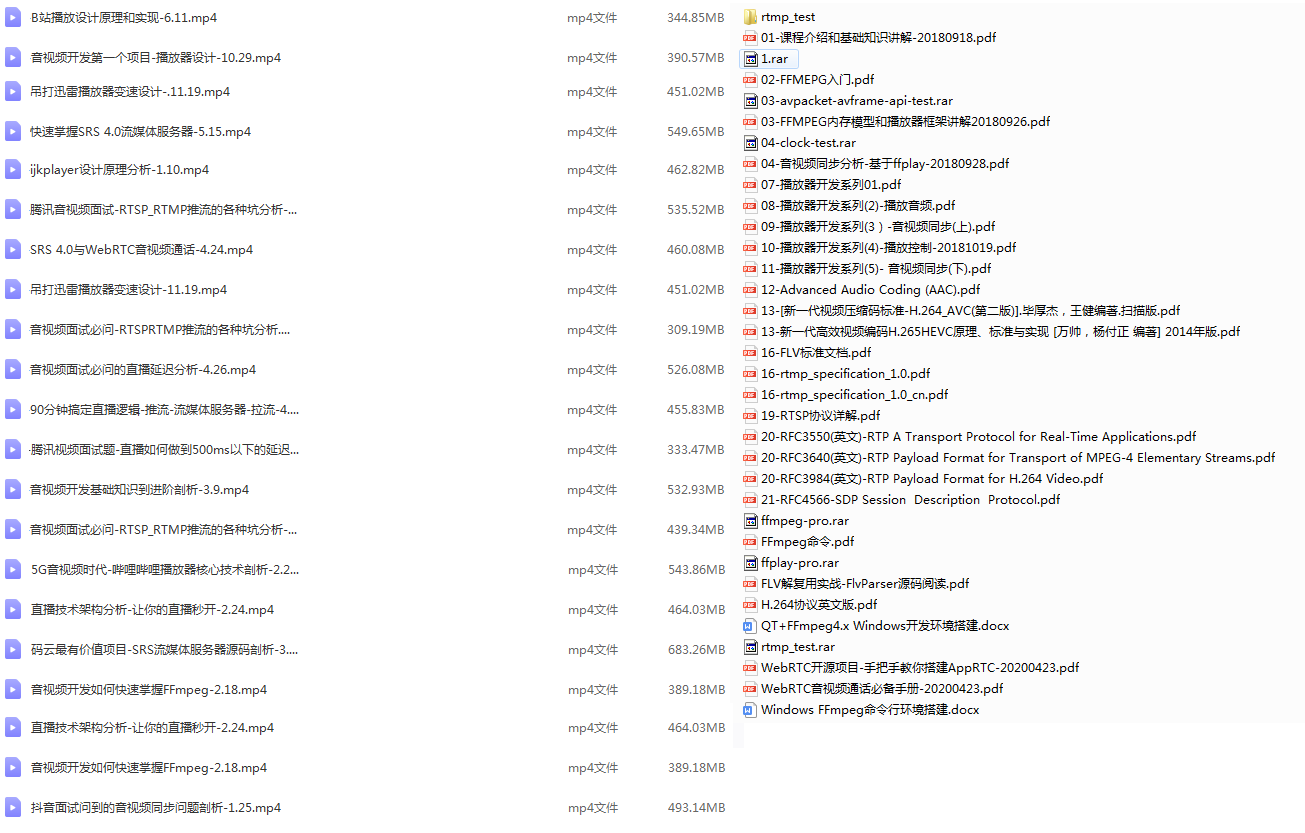