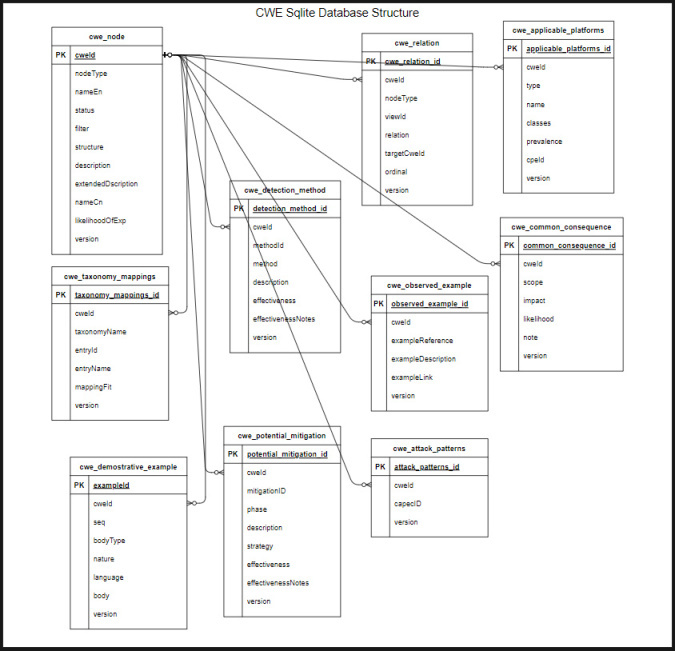 cwe_ taxonomy_ Mappings: the relationship between CWE and industry specifications;

1.3. Store xml information in the database

We still take CWE-1000 researcher view as an example:

The query results are as follows: a total of 1077 records were obtained. 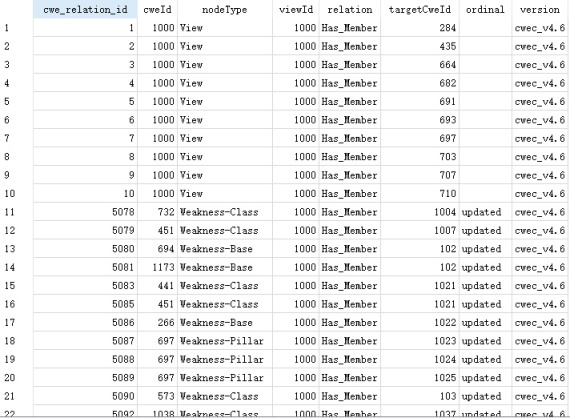 CTE can be regarded as a temporary result set. Using common expression CTE can make the statement more clear and concise.

Comparison of CTE with temporary tables and table variables.

Due to the many benefits of CTE, especially the enhancement of tree and graph processing ability. Various databases have realized CTE functions:

Recursive common table expressions must be similar to the following:

Find the location of a CWE in the attempt. It can be transformed into finding the parent node of a node.

For example, you need to find the location of CWE-120 in the researcher view CWE-1000. 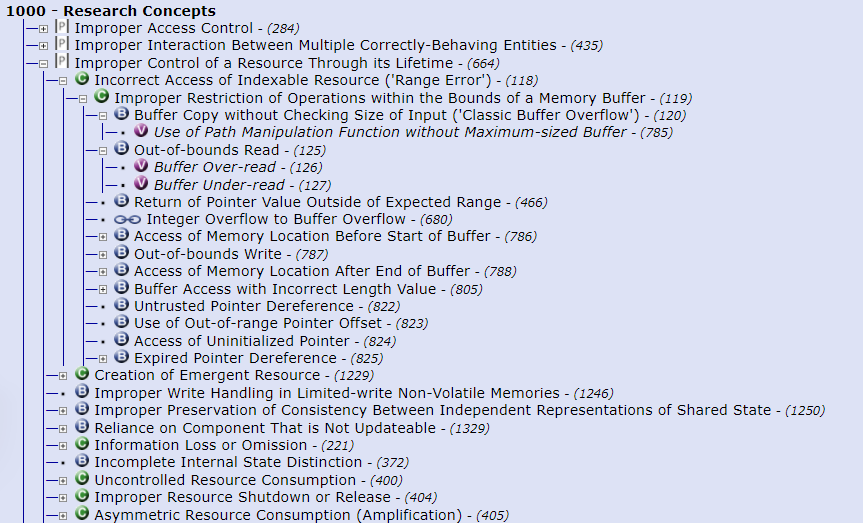 This scenario exists in CWE-425 direct request (mandatory browsing), as shown in the following query results.

Find the CWE contained under a CWE. This scenario can be transformed into finding the child nodes of a node.

For example, find all nodes under CWE-119 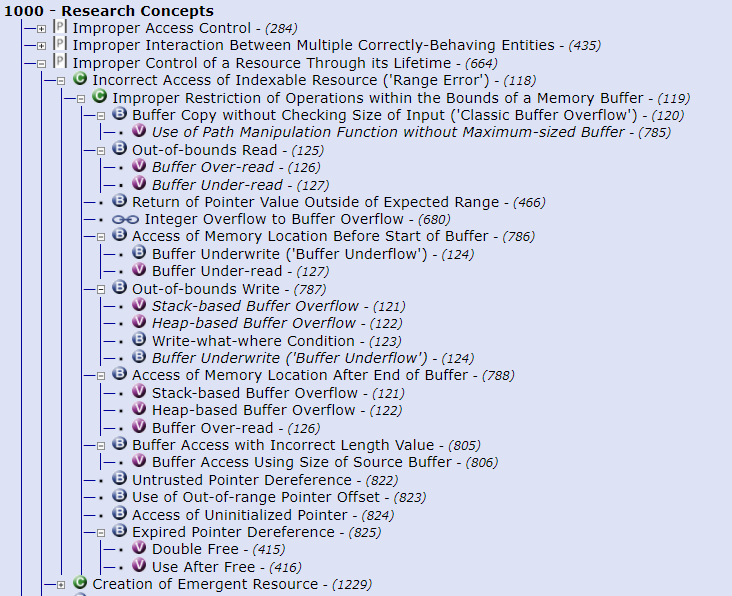 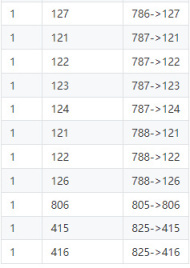 3. Other information obtained from CWE database

After we convert the information of CWE to the database, we can quickly get a lot of useful statistical information.

For example: check the reference of the associated industry specifications to CWE in the CWE view. 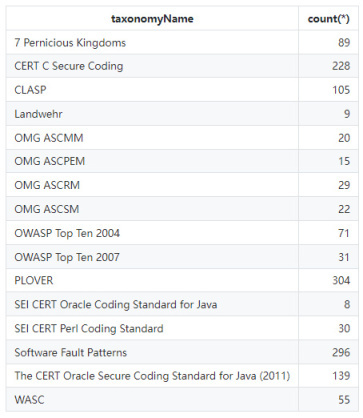 Check the security mitigation measures identified by CWE for security defense of some security problems.

For example, check the risk reduction measures of CWE associated with CISQ specification.