FAST is a kind of corner point, which mainly detects the places where the gray level of local pixels changes significantly. It is famous for its FAST speed. Its idea is that if a pixel is quite different from the pixels in its neighborhood (too bright or too dark), it is more likely to be a corner. Compared with other corner detection algorithms, FAST only needs to compare the brightness of pixels, which is very FAST.

In order to improve efficiency, additional acceleration methods can be used. The specific operation is to directly detect the brightness of the 1st, 5th, 9th and 13th pixels on the neighborhood circle for each pixel. Only when the gray value of at least three and candidate points is greater than Ip + T or less than Ip − t at the same time, the current pixel may be a corner, otherwise it should be excluded directly. In order to improve the efficiency of comparison, only N peripheral pixels are usually used for comparison, which is often referred to as FAST-N, of which Fast-9 and Fast-12 are most used.

FAST corners do not have direction, but ORB improves FAST corners due to the need of feature point matching. The improved FAST is called Oriented FAST, which has the description of rotation and scale.

Scale invariance is realized by constructing image pyramid and detecting corners on each layer of pyramid, which is not specifically introduced in SLAM Lecture 14. Here is an introduction. 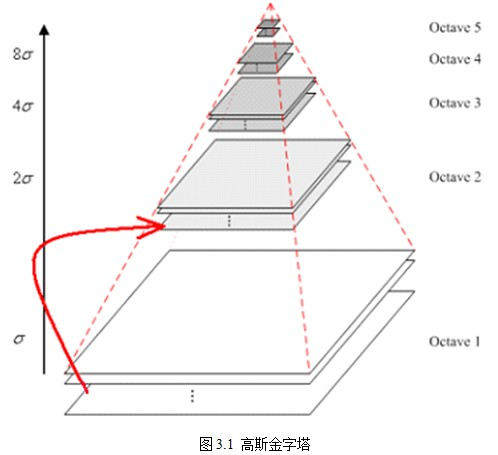 The rotation of features is realized by the Intensity Centroid method. The gray centroid method is introduced below.

The above formula is extracted from Gao Xiang's visual SLAM14 lecture. But if you still don't understand the program, come to a more intuitive formula

After we extract the Fast corner, we need to describe it. Otherwise we can't match. ORB uses BREF algorithm to calculate the descriptor of a feature point. The core idea is to select N point pairs in a certain mode around the key point P, and combine the comparison results of these N point pairs as descriptors. 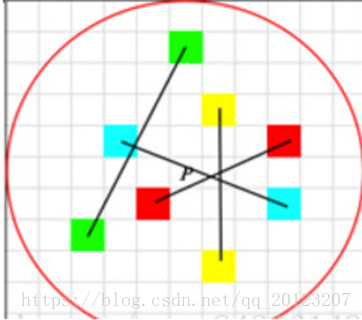 step
1. Make circle O with key point P as the center and d as the radius.
2. the first mock exam is to select N points in a O mode. For convenience, N=4. In practical application, n can be taken as 512
Suppose that the four currently selected point pairs are marked as follows:

4. T-operate the selected point pairs respectively and combine the results.
If:

Then the final descriptor is 1011

Compared with the extraction and matching of ORB features, SIFT is much more complex, but the effect of SIFT is better.

The ORB feature extracted from ORB-SLAM2 is determined by orbextracer CC implementation. Let's look at the main functions first.