Today, I'm going to take a simple note of mobilenet. I'm afraid I'll forget the relevant contents of mobilenet. First of all, we need to know that mobilenet is a model framework that can be used on embedded devices. Therefore, its biggest advantage is that it has less parameters, and we still need to ensure that the accuracy of computer vision related tasks cannot be reduced too low. Here are the versions of mobilenet.

For mobilenetv1, the biggest advantage or improvement is to select the deep separable convolution block to reduce the parameters of general convolution, which can be seen from the following figure. (the source of the picture is the watermark. You can watch the big guy's bilibili bili video. It's great!) 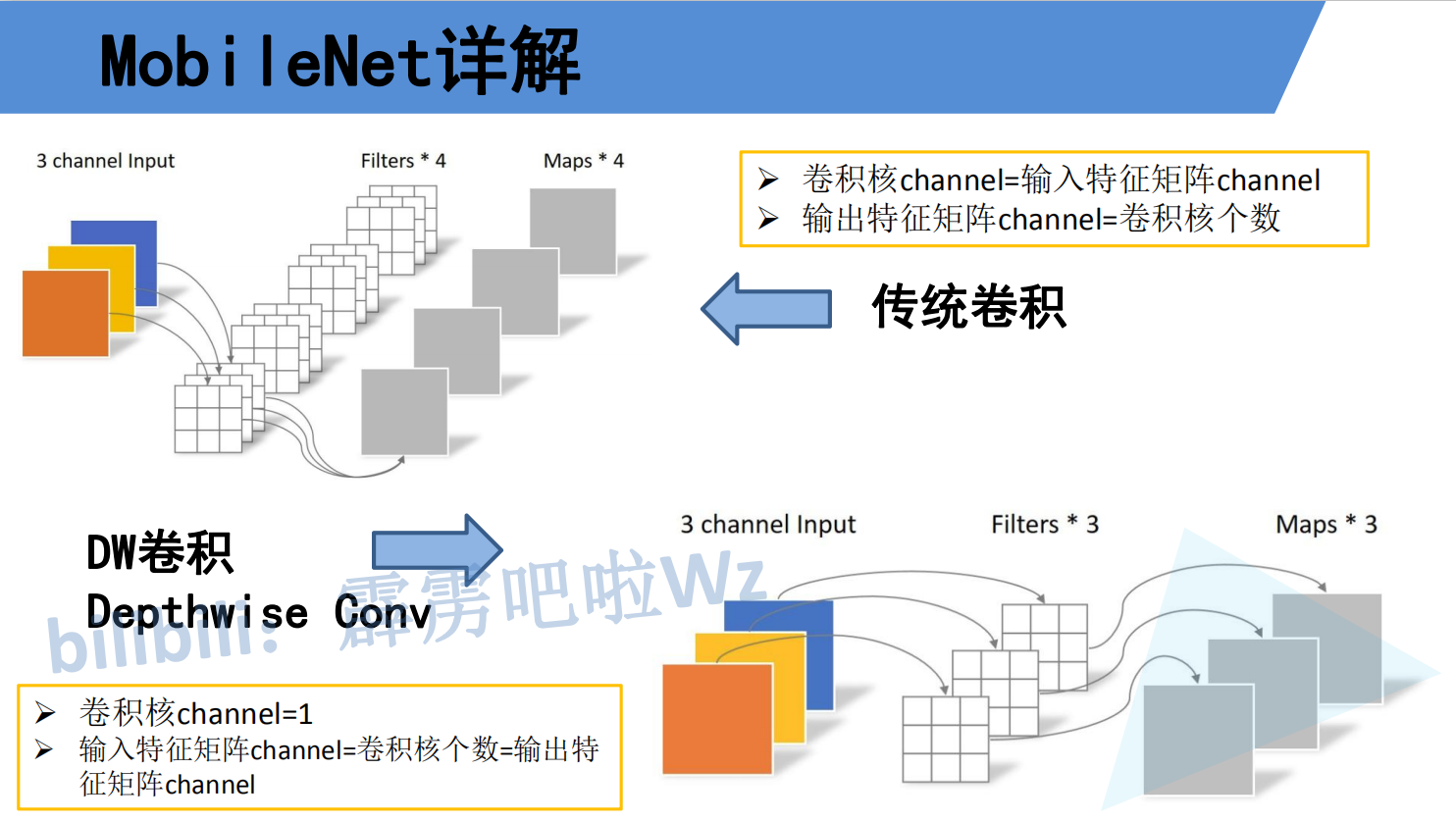 For the traditional convolution mechanism: assuming that the input is a 3x3xc dimension feature map, the convolution is carried out through the 3x3xd convolution block to obtain a 1x1xd special diagnosis map, then the amount of calculation is 3x3xcxdx3x3=81cd

By comparing up and down, we can clearly see the gap. 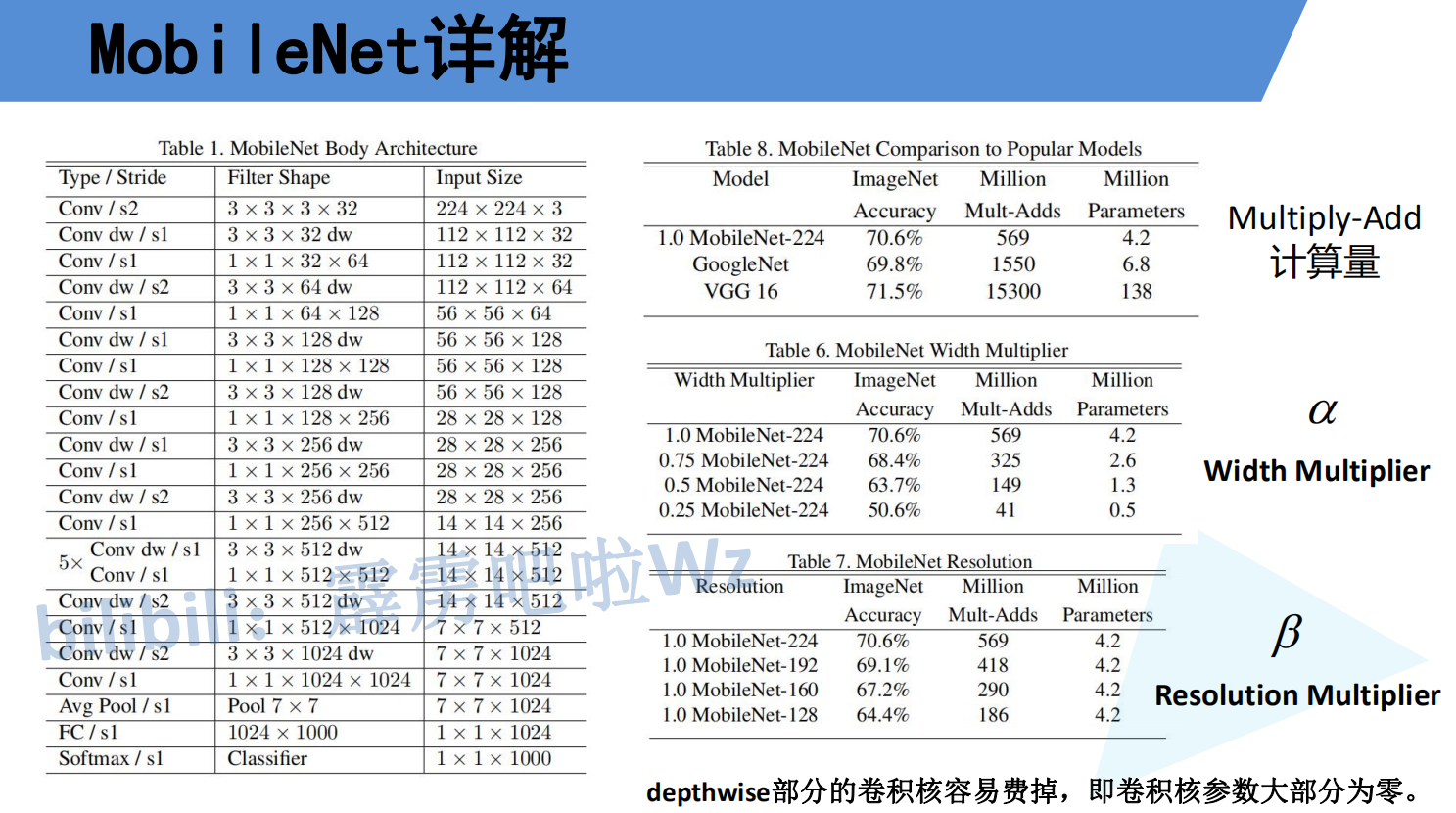 The following is the block of mobilenetv2, which can be roughly seen as a residual block. Yes, it is so simple. It inherits the deep separable convolution of mobilenetv1, and then makes an innovation, that is, increasing the number of channels first and then decreasing the number of channels. Why do you do this? Because the paper says, Activating the function relu will cause more information loss for low-dimensional features and less loss for high-dimensional features, so there is this innovation. The overall step is to increase the dimension through general convolution, then operate through deep separable convolution, then reduce the dimension through general convolution, and finally add the residuals (the size of the characteristic image must be the same, I believe you know this). See the code for details For the general residual block, it is 1x1 convolution dimension reduction - > 3x3 convolution - > 1x1 convolution dimension increase. This is the difference between the two. 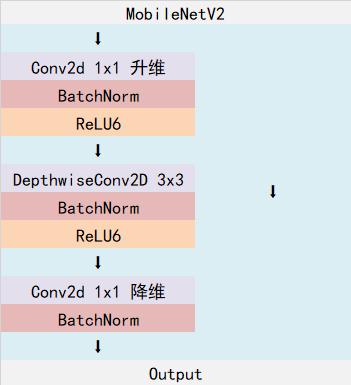 The following is the overall structure of mobilenetv2. The structure diagram is interpreted as follows:

Input represents the size of the input characteristic graph, starting from the second one, and also represents the output result of the previous convolution block (I believe you can understand this)

The Operator represents the execution code block. Except for the first and last three, they are the final convolution blocks to form mobilenetv2, which is as shown in the above code.

T represents the expansion factor, that is, in each block, the number of ascending channels is t times the number of input channels.

n represents how many times the block needs to be executed 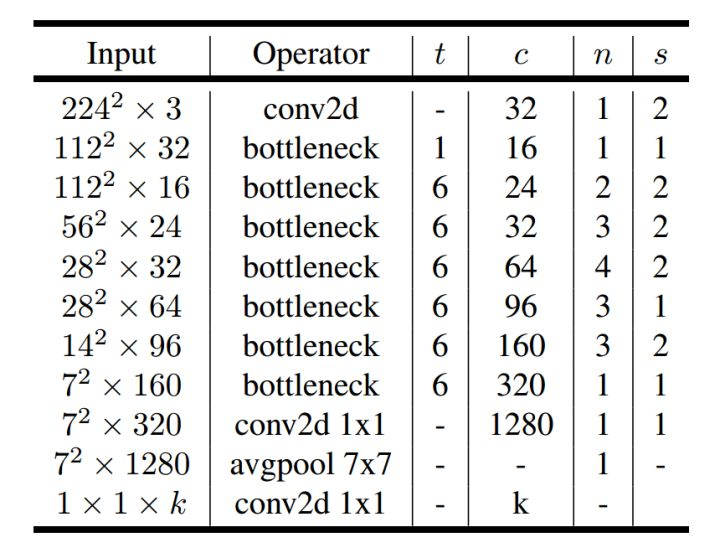 For mobilenetv3, another big improvement is the application of channel attention mechanism. It is to pool the input feature map into 1x1xc size, and then flatten ----- > full connection -------- > full connection -------- > sigmoid() -------- > to get the size of 1x1xc, and then multiply it with the input feature map on the channel, so as to achieve the function of channel attention mechanism. See the following code for details.

The channel attention mechanism code is shown in the figure below:

The following is the model architecture diagram of mobilenetv3, which is similar to that of v2, with the addition of Se (whether to use the attention mechanism module) and NL (the use of three activation functions), exp_size is also an expansion factor, but this is the result of expansion, not a multiple. 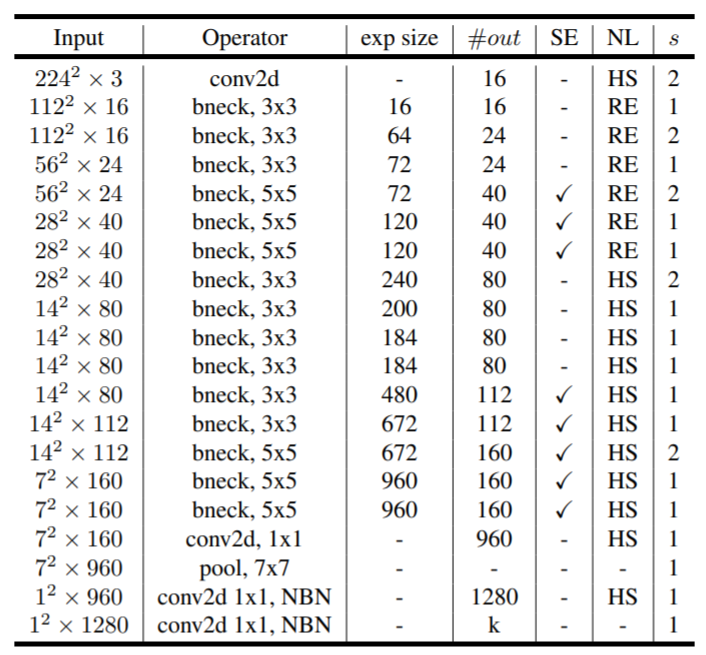 Finally, the code of this blog comes from: